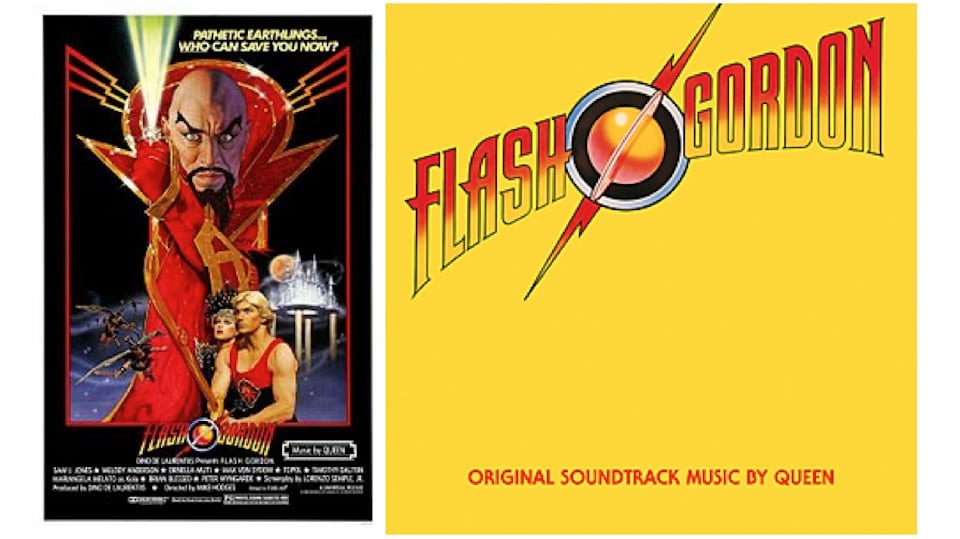 With comics-based movies so ubiquitous nowadays, it’s easy to forget there was a time when their popularity wasn’t a given. So it was with the 1980 film version of Flash Gordon, which was a box-office disappointment before making the transition to cult-classic. Because I missed in the theater, as did many who eventually came to enjoy it, I’d never seen the movie in its full outlandish glory until buying it on Blu-Ray. Technical upgrades from my beat-up VHS copy aside, what’s most striking is how consistent my overall impressions have remained over the past few decades.

1. In terms of creating a comic-strip atmosphere, it’s about the truest translation of a classic character from that era of comics.

2. The American leads are pretty poor actors, but the (mostly British) supporting cast is terrific, especially Brian Blessed as the borderline insane king of the Hawkmen.

4. Between the blond beefcake being marched around in a speedo, the well-groomed man in the green suit speaking BBC English and – to some extent – the actress playing Ming the Merciless’ daughter, I still wonder how many young men came to appreciate their sexuality watching this movie.

5. The most implausible thing about the whole enterprise is not Dr. Zarkov building a space-worthy rocket in his backyard but rather the idea that the New York Jets would actually have a quarterback good enough to fight off so many of Ming’s soldiers singlehandedly.

Photo Credit: Fair use images of poster and soundtrack album of Flash Gordon.

0 comments on “Flash Gordon – The Godiva of Brain Candy”