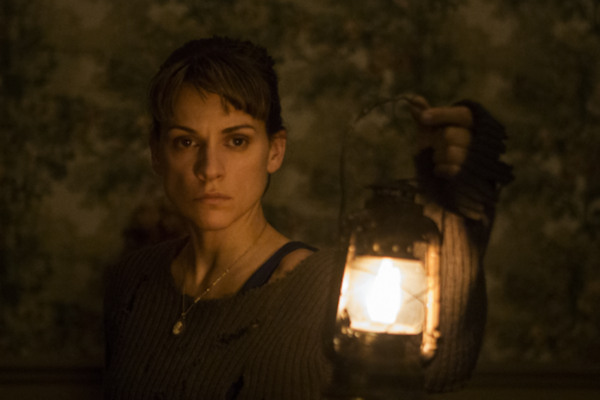 Stranger Things, the recent Netflix hit, was lauded for how accurately it imitates ’80s horror. But if you want the real deal, Shudder is currently streaming all four seasons of the landmark ’80s horror anthology Tales From the Darkside. (Remember Jodie Foster’s episode “Do Not Open This Box”?) Not that the goosebumpy, spine-tingling offerings here are strictly retro. Far from it. The site’s got everything from Lars von Trier’s The Kingdom to Mila Kunis in American Psycho 2. (We’re guessing you’re curious about at least one of those two.) And just in time for Halloween, the website will also be releasing its first-ever original series: Beyond the Walls. We asked site curator Sam Zimmerman to fill us in on all the grisly details.

Q:How did Shudder come about? When did you first get involved?

A: Shudder came to life as AMC Networks’ endeavor into subscription streaming. The company had been focused on the genre (with The Walking Dead and Fear Fest), and rightfully understood there was an exciting space to be occupied! I was privileged to come aboard as curator, after some initial programming help, in July of 2015; right as Shudder was getting into a proper launch. Since then, it’s essentially been a dream — a multi-layered dive into horror and hopefully bringing the best and most interesting of it to our members. It’s truly rad.

A: Hard to say! The beautiful thing about horror is that it’s such a deep well and our members’ viewing habits really reflect that. We’ve seen such strong watches on new, fun stuff like Deathgasm and Blood Punch, but also some really old school, brutal stuff. Happily, members seem really stoked on ’80s anthology series Tales From the Darkside, which we’ve just added all four seasons of. It’s perfect October watching.

A: Well, we happily have my favorite movie of all time: An American Werewolf in London. This film, the best horror-comedy and the best werewolf movie, is just a joy to share. It’s a terrific, atmospheric movie that never lets its humor undercut the horror and tragedy. It’s a perfect, menacing creature feature, and you always want to watch someone watch the transformation.

A: This October 20th, Shudder presents its first exclusive, original series. We’ll premiere the French-language miniseries, Beyond the Walls, about a woman who mysteriously inherits a townhouse, and finds an eerie parallel dimension within its walls. I’m so thrilled about this haunting, evocative work. It’s eerie, emotional and really something quite special.

A: Our member reviews are always something special. Our members have proven so insightful and divided on films in the Shudder library, but also just really funny. On the totally bizarre The Baby, about a family raising their 21 year-old son as an infant, one member was particularly disturbed thanks to their day job as a social worker. Maybe my favorite review is on Takashi Miike’s notorious shocker, Audition. Someone wrote, “This sh*t left me noided as hell.”

Photo: Beyond the Walls courtesy of Shudder

0 comments on “Just in Time for Halloween: Shudder Brings the Chills”