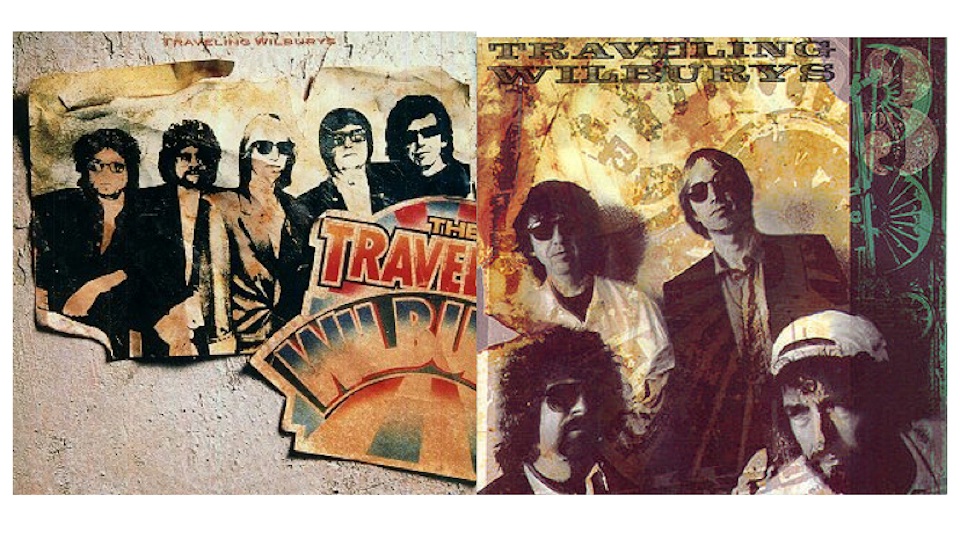 “Supergroups” are one of those ideas in popular music that tend to be better in concept than in practice. While the remarkably talented individuals who comprise these assemblages may bring their best efforts and intentions into the mix, they don’t necessarily bring out the best in each other. The Traveling Wilburys remain a notable exception.

Coming together via a series of circumstances worthy of a classic screwball comedy, the team of Bob Dylan, George Harrison, Jeff Lynne, Roy Orbison, and Tom Petty quietly produced one of 1988’s best (and most popular) records. More specifically, they created an album that felt warmhearted, fun, and (despite the presence of multiple rock legends) effortless. That’s not to say it wasn’t well-crafted – no album with Jeff Lynne as a producer could be otherwise – but rather that it didn’t feel labored.

Even if some members’ contributions were more apparent vocally, the overriding sense was still that of a larger group working in tandem to bring each other’s strengths to the forefront. Out of all the group, this was most obvious with Bob Dylan. Though he started off the 1980s strongly, his records had gotten increasingly dull as the decade progressed. Fans and critics generally identify the 1989 album Oh, Mercy as the start of his long-term artistic revival, but there’s a case to be made that the rebound started a year earlier when he was moonlighting as “Lucky Wilbury.”

All of the songs on The Traveling Wilburys Vol. 1 are credited to the group as a whole, and according to Lynne each of them reflects contributions from the various members. Nevertheless, it was fairly clear which songs had Dylan as their primary writer – just as it was clear that these three were some of his best work in several years. The underlying reason for this is suggested by the album’s longest song, “Tweeter and the Monkey Man.” Unlike much of Dylan’s 1980s work, where him not trying all that hard was frequently a bad sign, there’s a playful vibe here that comes across as more confident than his more overtly serious songs from the period.

“Tweeter and the Monkey Man” was immediately pegged as a take-off on the musical and (especially) verbal sprawl of Bruce Springsteen’s early work. Even if Petty hadn’t confirmed it in an interview, elements like a reference to “Thunder Road” and the lyric “in Jersey anything’s legal, as long as you don’t get caught” made the inspiration clear enough. However, as much as the New Jersey setting evokes Springsteen, it also calls to mind one of Dylan’s most famous songs, “Hurricane.” Not only did that song’s action unfold in the state, its protagonist Rubin Carter was wrongfully imprisoned in Rahway State Prison (since renamed) which is specifically referenced in the Wilburys song.

What’s also striking is that, despite its tongue-in-cheek tone, the later song echoes the style not just of “Hurricane” but also other narrative-driven songs throughout his body of work. Likewise, it hints at how a more freewheeling approach might have benefited some of Dylan’s other recent would-be epics, such as 1985’s “Clean Cut Kid” and “When the Night Comes Falling From the Sky.” Good as they are, those songs sound as though they’re straining to achieve some sort of significance. For its part, “Tweeter and the Monkey Man” comes across as unconcerned with such things; happy to be taken on its own terms and all the better for it.

It would be several more years before Dylan would consistently apply such a confident touch to his own albums, but that doesn’t diminish the importance of his late-80s breakthrough. Perhaps that was a function of his illustrious peers challenging him artistically or maybe they just provided a comfortable setting that helped him get back to basics (such as that expression could ever apply to him). Either way, the time spent as “Lucky Wilbury” clearly helped him remember how to be Bob Dylan again.

1 comment on “Bob Dylan’s Rebirth: An Ode to His Days with The Traveling Wilburys”