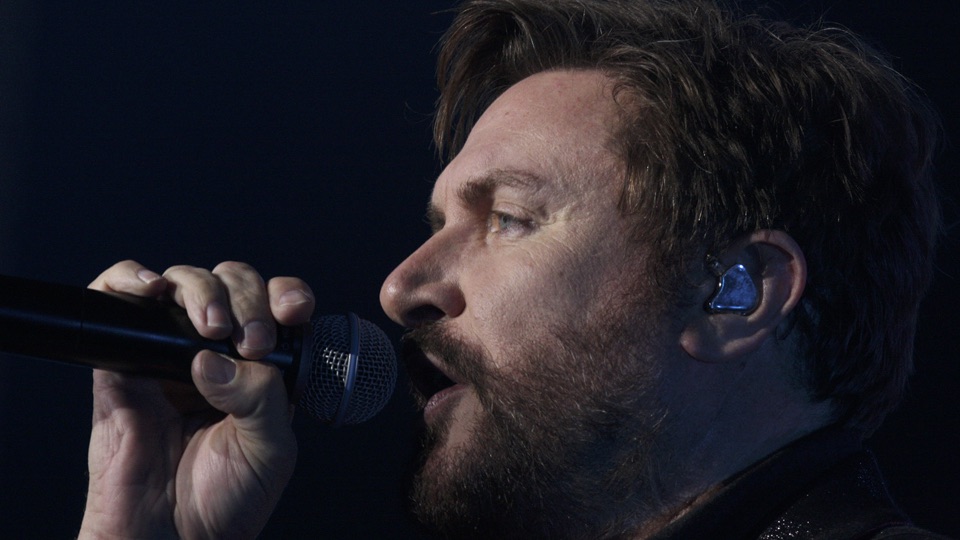 It’s been a while since many of us were “Hungry Like the Wolf” and acting like “Wild Boys,” but Duran Duran continues to be a cultural influence in music and collaboration.  This year it’s been 40 years since their debut album was released. Their most recent album (Paper Gods) was released just over five years ago and charted respectively across Europe and the US.  Last month, Duran Duran debuted a well-received cover of David Bowie’s “Five Years” along with a music video on what would have been Bowie’s 74th birthday. And there was an album in production, but it was put on hold due to Covid-19.

So what’s a dynamic lead singer like Simon Le Bon supposed to do in the meantime?

Shamed by his daughter, who asked how he could consider himself a musician when he doesn’t listen to any modern music, he decided to take this familial challenge to heart and created a podcast/radio show that does just that.  Oh, sure it sprinkles in conversations about his world-famous band, and intermittently it does drop a Duran Duran single onto the platter, but mostly it’s about the best (often overlooked) music that you should be listening to.

Le Bon described Whooosh! as “the sound that your mind makes when it expands to make room for a new idea.”  To force that sound to happen in your brain, Simon partnered with his long-time Duran Duran collaborator Katy Krassner. Krassner is an American Media Director, publicist, and Content Director, which means that she’s responsible for making sure the projects she works on are seen and heard across the multiverse.  She’s worked her magic for such artists as Tori Amos, They Might Be Giants, and John Fogerty. Since 1995, she has been Duran Duran’s primary connection to their fans, handling communications and managing their website. So it wasn’t a stretch to see her figure prominently in this latest effort. In the show, she often comes across as Simon’s foil, asking probing questions or simply voicing a different perspective on the music and the industry.  They’ve known each other for so long that the chemistry between them is obvious – she provides a good balance.

As Simon commented to Sirius XM, “It all began as a lockdown thing. It dawned on me that the only music I was listening to was what I was working on, and the stuff that got me into a band in the first place. So I switched on my ears, and went on a trip down a sonic rabbit hole… there is so much great new talent, so much music out there.”

Recent shows include discussions of punk music, harkening back to The Clash and Billy Idol, to the recent release “Serafina” by Bambara – or about bands like Ghostpoet and Sault & Black Honey.  Other podcasts focus on more alternative music from Preservation, Gaz Coombes, and related acts.  But mostly it’s about the musically and pop-culturally astute comments and debates between Le Bon and Krassner. Sometimes topics include sharing personal stories about their families and how Simon managed to continue to release successful music for nearly half a century.

The show debuted on Duran Duran’s website, where you can still hear back episodes, but since January 27 has moved exclusively to Sirius XM’s Volume Channel 106.  Music heard on the show can also be streamed on Spotify’s “Whooosh!” channel, while some older back episodes still appear on YouTube.

Want more Duran Duran? “Duran 40” on Pandora features an exclusive playlist, hosted by English television presenter Claudia Winkleman (One World: Together at Home, Icons: The Greatest Person of the 20th Century) with contributions from Mark Ronson and Nile Rodgers.

If you happen to be reading this from overseas, Duran Duran will perform a handful of live concerts across the UK and Europe this summer. Finally, their Twitter feed (@duranduran) allows you to send questions and requests into their show. When it comes to Simon Le Bon and all things Duran Duran, the whoooshing will continue.