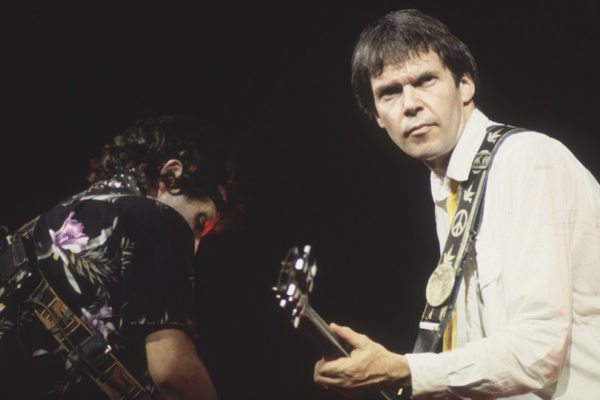 Possibly because the public at large doesn’t pay much attention to songwriters, and probably because it doesn’t have Jann Wenner’s public relations machine behind it, the Songwriters Hall of Fame lives a quiet existence, given little fanfare. Most years, if you hear about its new inductees, it’s a 20-second blurb on radio news or perhaps a headline in your social media feed. It’s too bad because the Songwriters Hall is at least as full of head-scratchers as its younger cousin, the Rock Hall. A tremendously interesting piece could be written about the shockingly high number of completely out-of-left-field inductees (I strongly encourage you to check out the full list) housed at the Songwriters Hall, but our mission this time around is to explore the people who aren’t in and try to figure out why. Be warned: many of these exclusions utterly avoid any kind of logic or sense, so we may just have to throw in the towel for some [amazon template=right aligned image&asin=B078TQJRRV]of them. Certainly, that’s true for perhaps the Hall’s most conspicuous absence…

1. Neil Young
This is a fact: David Crosby, Graham Nash and Stephen Stills are all members in good standing of the Songwriters Hall of Fame  — and Neil Young is not. Read that again. It’s true. The entire catalogue of great songs from those writers, both in their work together, as members of other bands and in their various solo stints, wouldn’t fill Young’s Decade compilation, released more than 40 years ago, while Young has, needless to say, filled at least two Decade-length retrospectives in the ensuing years. Maybe there actually is a cost of induction and Neil just doesn’t want to deal? Your guess is as bad as mine. Which leads us to…

2. Paul Westerberg
Fill in the blank: “Paul Westerberg wrote _______ and on that basis alone deserves to be inducted into the Songwriters Hall of Fame.” You may say “Answering Machine.” Perhaps “Here Comes a Regular” or “Fuck School” or “Can’t Hardly Wait” or “Unsatisfied” or… And there you have it. Westerberg wrote all of those breathtakingly perfect songs, and probably another few dozen on the same level or at worst a small step down. So, if any one song provides justification for its creator’s immortality, what does it say when the writer has scores of those songs? It says the writer deserves to be in the Songwriters Hall of Fame and this is one more instance of an anti-Replacements bias in the mainstream media. Or something like that.

3. Chrissie Hynde
As regards their Rock Hall worthiness, there is no band I go back and forth on more than the Pretenders. A hard look at their resume reveals one brilliant album, two very good albums and a whole lot of “what-ifs.” But as soon as you think that, you can’t help but wonder, “Well, damn, but you can’t keep Chrissie Hynde out of the Rock and Roll Hall of Fame.” This is the cage match that plays in my head as I fall asleep at night. It’s a little easier with the Songwriters HOF. Even after the Pretenders (as a concept) collapsed with the release of 1986’s Get Close, Chrissie continued to put out workmanlike and occasionally very good albums. Many of them had spotty production and uninspired arrangements hampering solid lyrical and musical efforts. (Consider the difference between “Sense of Purpose” from the murk of Packed and the acoustic tickle on Isle of View). And, let’s don’t forget: “You’re gonna make some plastic surgeon a rich man.” ‘Nuff said.

4. Berry/Buck/Mills/Stipe
So far as I can tell, there’s no prohibition on songwriting “teams” being inducted. All four members of Queen (yes, I know: not technically a “team,” but you know what I mean) are in, as are all of the Brothers Gibb. So how the most influential and important American post-punk band is MIA is at least as weird as anything the band ever accomplished. Pffft. Incredible underground or quasi-underground acts from the mid-‘80s get overlooked in lots of ways,  but R.E.M. became a platinum juggernaut, so it can’t be mere ignorance. Who knows, maybe it’s as simple as assuming that their exclusion has something to do with not having as many hits as Songwriter Hall member Paul Anka or as much of an identity as Toby Keith (both members in good standing.). Or maybe nobody’s in a mood to let Michael Stipe in front of a microphone.

5. The Ramones
Pinheads and glue sniffers and lobotomies, oh my! Come on. Seriously. Just put them all in on the basis of almost all of their work being jointly credited and be done with it. FFS!

5 comments on “The Songwriters Hall of Fame: 5 Beyond-Worthy Contenders”