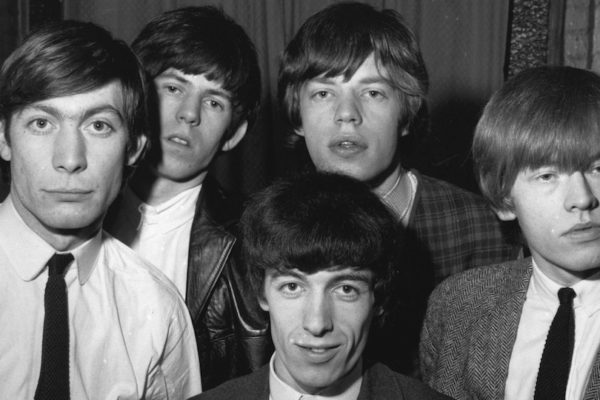 Box set collections can serve many purposes. They can restore all-but-lost recordings to the masses while giving us a view of a band’s style and sound before they hit the big time.  Or, they can provide a final look at a group after its glory years but before its end. A pair of box sets released at the end of 2017 will be welcomed by fans of two bands that came on the scene in the 1960s: The Rolling Stones and The Yardbirds.

See Related Post: “The 10 Best Rolling Stones Songs You May Have Never Heard”

On Air, the long-rumored CD collection of Rolling Stones BBC sessions was worth the wait. First, this is probably the best collection of early Brian Jones-era, live Stones tracks that you’ll ever hear, as the tracks were cut in the BBC’s small theater (approx. 200 seats) — sometimes with an audience, more often not. And while the BBC recording engineers didn’t necessarily have much experience recording rock n’ roll back then, they did know how to record live performances quite well (exceptionally well, if this is any indication).

Possibly because these were cut in a semi-controlled atmosphere, the interplay between the musicians is clearly audible and a thing to behold. The group could finally hear what each other was playing, a luxury in short supply by 1964. By all accounts, when the Stones were playing clubs during this period, their shows disintegrated into chaotic frenzies within 15 minutes, and very little actual music was heard by the audience or the band. Keith Richards commented that he and Brian often played “Popeye, The Sailor Man” for their own amusement amidst the cacophony of screaming teenage girls. Now, we get a chance to hear what those young women might’ve heard had they stopped pulling their hair out in ecstasy: a truly great collection of covers, with a couple of original songs in the bunch. A pair of Bo Diddley tunes — “Cops And Robbers” and “Crackin’ Up” — are my personal favorites. After years of suffering through bad Stones bootlegs, I now can time travel without all the distractions.

The Yardbirds ’68 is an archival release produced by Jimmy Page himself. A bit of background: during the band’s last U.S. tour, their label (Epic/Columbia) recorded one of their live shows at New York’s Anderson Theatre in March of 1968, knowing these would be the band’s final performances. The show was actually good, although you’d never know it at that time. Epically overdubbed and some truly horrible “live ambiance”  (rumor has it that some of that was recorded at a Columbia Records sales convention!). The resulting release was all but unlistenable, so bad that Jimmy Page used his influence to pull it from stores (thus, turning it into a collectible).

However, a few years back, Page was able to sit with the original multi-track tapes and mix them with care and hindsight. What we have now is a spirited performance, with Page test-driving a truckload of riffs that would soon appear on the first three Zeppelin albums. Keith Relf’s highly-underrated harp playing interacts nicely with the guitar leads, and while the beat gets turned around here and there, bassist Chris Dreja and drummer Jim McCarty remain a solid rhythm section. One also gets the first “official” Yardbirds release of “Dazed and Confused.”

Of particular note is “Knowing That I’m Losing You,” essentially the bed track which ended up as “Tangerine” on Led Zeppelin III. It’s a gorgeous Panavision still, somewhat similar to Buffalo Springfield’s “Expecting To Fly”, but without the orchestration. As for “Avron Knows” and “Taking a Hold on Me,” they both sound like long-lost Yardbirds’ singles just waiting to be released. Hardcore fans may note that some of these studio tracks also appear on the Cumular Limit CD from 2000, albeit with somewhat inferior sound quality, which has been corrected here. Along with the Little Games Sessions CD of 1967 recordings, Yardbirds ’68 gives the listener a more complete audio picture of the Jimmy Page-era of The Yardbirds, one of the most original bands of the limit-smashing period that was 1965-69.

2 comments on “The Beginning of the Stones, the End of the Yardbirds”