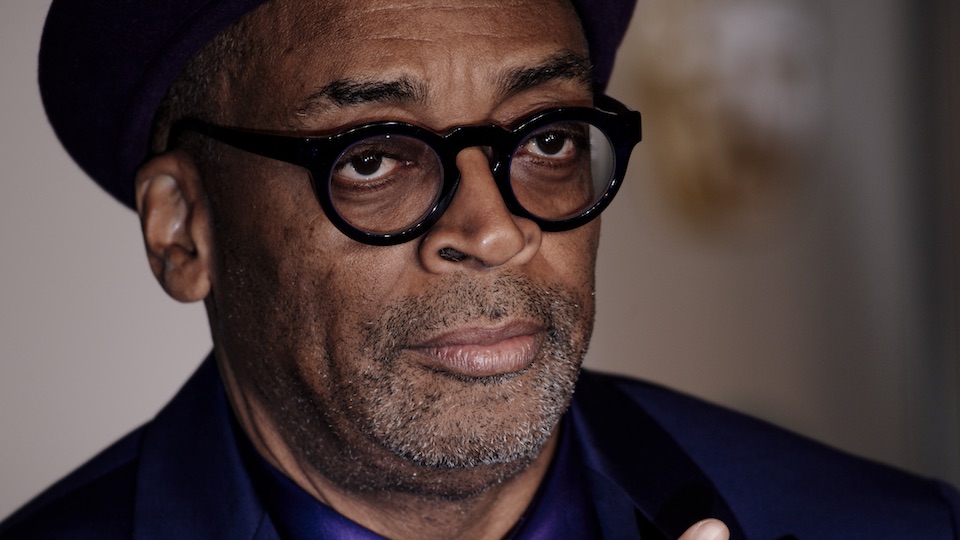 Spike Lee once again lifts the lid on racism in America, both past and present, in his most recent joint BlacKkKlansman. As funny as it is timely, this movie sees Ron Stallworth (John David Washington), a black Colorado police officer, infiltrate the Ku Klux Klan by going undercover with the help of his white colleague Flip Zimmerman (Adam Driver). As part of the pre-production process, Lee had his lead actors study Göran Olsson’s documentary The Black Power Mixtape 1967-1975, which features archive footage and interviews of the most notable figures of the Black Power Movement in the United States. Olsson’s use of the word “mixtape” in his film’s title alludes to both the compiled nature of the archives he used as well as the power and influence that music had in capturing the spirit and the struggles of the Civil Rights Movement. Lee puts forward a similar desire to illustrate and support Black Power through his use of music in BlacKkKlansman, using the songs to depict a nation divided by race lines and fractured politics.

The message behind James Brown’s funk classic “Say It Loud (I’m Black and I’m Proud)” is unmistakable. Released in 1968, the song is an energetic call for black empowerment and serves as an anthem for those tired of being subjugated by a white oppressor. The song’s message is carried all the way through the film, particularly in the scene where Kwame Ture (Stokely Carmichael) reminds the student body that Black is Beautiful and that the time has come to speak up in the face of racism. The use of Brown’s “Say It Loud” also echoes Radio Raheem’s boombox blasting of Public Enemy’s “Fight the Power” in Lee’s seminal 1989 film Do the Right Thing. Music clearly is a kind of glue in Spike Lee joints that serves to tie his films together, thereby strengthening their collective social message.

Ball of Confusion – The Temptations

Released in 1970, The Temptations’ “Ball of Confusion (That’s What the World Is Today)” clearly and carefully lists the ills of the world, interspersing them with the repeated phrase “And the band played on.” This continuous call-back to this phrase is used to show the ambivalence of mainstream society in the face of the problems being sung about. In many ways, the use of this song is symptomatic of Lee’s filmography with its repeated look at racism, both in Hollywood and in our society as a whole, and the fact that, despite the director’s continuous railings against the system, nothing ever changes.

The 1970 tune “Lucky Man” by prog-rock supergroup Emerson, Lake & Palmer might not seem like an obvious choice for a Spike Lee joint, but its inclusion in the film is definitely justified. While “Lucky Man” at first sounds like a simple, acoustic ballad, the last verse’s lyrics speak about a bullet being fired, leading many people to associate the song with John F. Kennedy’s Assassination while others see it as a reflection of the Vietnam War. In either case, Lee uses this track in order to illustrate the tables being turned on the racist cop in the film, who until that point had been allowed to act with impunity.

Too Late To Turn Back Now – The Cornelius Brothers & Sister Rose

One of the most beautiful and quietly powerful moments in the film is the scene in which Ron Stallworth and Black Student Union president Patrice Dumas (Laura Harrier) dance together in a bar, instigating a Soul Train line with the other patrons as they all sing along to the 1972 track “Too Late To Turn Back Now” by The Cornelius Brothers & Sister Rose. The scene not only serves to illustrate Ron and Patrice’s burgeoning love, but it’s also a lifting celebration of life in the face of adversity and offers its characters a means of expressing themselves communally despite the subjugation they face outside the walls of the bar.

Related: “Spike Lee’s Timely Revival of ‘She’s Gotta Have It'”

The film ends with a previously unreleased Prince song called “Mary Don’t You Weep.” According to Spike Lee, a friend of his who works at the Prince estate stumbled upon 10,000 cassette tapes in the vault at Paisley Park, one of which was a recording of this old spiritual. Once known for being a “slave song”, “Mary Don’t You Weep” became a popular resistance song during the Civil Rights Movement. The track plays over the film’s end credits showing archive footage from Charlottesville, segueing the film’s events and message into the modern day. The song is certainly a change in tempo from the rest of the tracks, but its sentiment of hope and resilience is just as strong as the soundtrack is as a whole.