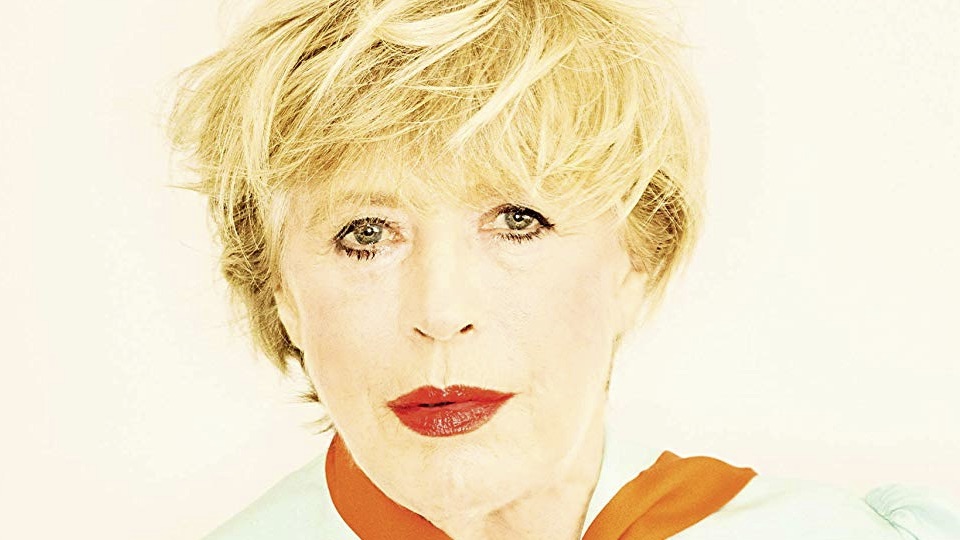 “I follow… the gypsy faerie queen. We exist… in the spaces in between,” croons Marianne Faithfull on “The Gypsy Faerie Queen,” the lead single from her latest studio album Negative Capability. She narrates the song as the character of Puck from Shakespeare’s A Midsummer’s Night’s Dream and describes following the titular aging woman back and forth across England. The title suits no one better than the singer herself. Faithfull herself is somewhat of a mystical character. The daughter of a British Intelligence agent and an Austro-Hungarian baroness with ties to the Hapsburg Dynasty, Faithfull was discovered in London at the age of 17 at a promotional party for The Rolling Stones. Her first song, “As Tears Go By,” penned by Mick Jagger and Keith Richards, launched her career as a pop star and a prominent member of the British Invasion. Later, on Mick Jagger’s arm, she became the quintessential English “It” Girl. From a distance, that era seems like a Neverland of sorts, and The Stones in many ways, are like Lost Boys, suspended forever in the memory of their youth.

Faithfull doesn’t idealize the 60s and doesn’t understand those who do. “I don’t have an ounce of nostalgia in me,” she has said. “I stay in the present.” Yet, it is that very undeniable connection to the past that gives Faithfull’s work, particularly on this latest record, its very powerful subtext. Faithfull seems to understand this, despite her protestations, and utilizes it subtly through allusion and a sense of elegant restraint.

She uses a cover of the 1968 Pretty Things song “Loneliest Person” to indirectly remark upon the way older women are relegated to near-invisibility. Though it’s already a revolutionary act for a 72-year-old woman to gamely sing, “You might be the loneliest person in the world/you’ll never be as lonely as me,” it’s all the more poignant coming from someone whom people well remember being, in her own words, “too pretty to be left alone.”

Related: “10 Great Beatles Songs with Girls Names in the Titles”

Early in the record, she sings a subdued version of “As Tears Go By.” Her voice, now crackling and raspy from years of hard living, replaces the breathy soprano of the original, and this alone is document enough of the passage of time. The song is slower, acoustic, and eschews vocal adornment in favor of simple phrasing. On such an honest and reflective record, to have left it out would have been defiant to the point of subversiveness. For a teenager to have sung lyrics like, “It is the evening of the day/I sit and watch the children play/ doing things I used to do,” the original seems destined to have been cast ahead into the future, as if it was the prequel to this revisiting, the first of two poles meant to conduct a 60-year history between themselves.

She proves that there is still an art to song order. To close the record with “As Tears Go By” would have felt like a leaden finale to life and career. That there is a whole record to discover beyond it is its own act of life-affirming hopefulness. A woman who confesses to having “vagabond ways” on her 1999 record of the same name, knows that there is always more in store down the road. “It’s taken me a long time to learn/in fact, my whole life so far/I’m ready to love at last,” she says on “My Own Particular Way” suggesting that despite being “not young… and damaged” that there is still life and love to be had, and a future in which to enjoy it, and any sins of the past stand in service to the present moment.

She also knows when to let silence speak. On “Born to Live” she remarks on the passing of lifelong friend, and former partner of Keith Richards, Anita Pallenberg, by saying, “I hate to lose old friends,” knowing most listeners will have plenty to attach to such a simple and dignified phrase. Nick Cave co-wrote and produced the record, along with Rob Ellis, Warren Ellis, and Head. Cave’s layered vocals arrive to, by turns, gently reiterate sad statements like “To die a good death is my dream/ and I wish it for all I know and love” and cut in with a mournful flute or string when things get a little too hopeful with lines like, “Life goes on in its joyful way,” or to coax Faithfull back to civilization before she leads the listener irretrievably into hinterlands of melancholy.

For the second time in her career she covers Dylan’s, “It’s All Over Now, Baby Blue,” reminding the listener of the era from whence she came, and that over the years she has proven herself to be more aligned with Dylan’s folk narratives than with the rock and roll of the Stones. While she’s not the wordsmith Dylan is, her original compositions are literary and bolstered by wisdom gleaned from a life lived fearlessly and honestly in the face of eating disorders, drug addiction, and homelessness. The rhyming of perfect couplets can have a lulling effect that mutes the message over time, Faithfull’s more free-form writing, eschewing rhyme for better word choice, and her occasional sprechgesang style creates an effect of engaging the reader in intimate conversation.

“That’s where it all happened,” she has said of London when describing why she no longer lives there. On “No Moon in Paris” she describes a scene from a night in her adopted city, “Everything passes, everything changes, there is no way to stay the same.” “I carry my home here,” she said, in a recent televised tour of her apartment, pointing to her head. “Where I live is not my home. I am my home.” It seems Marianne Faithfull will remain forever in motion. We can only hope to follow.

0 comments on “Marianne Faithfull’s “Negative Capability”: Pursuing Spaces In Between”