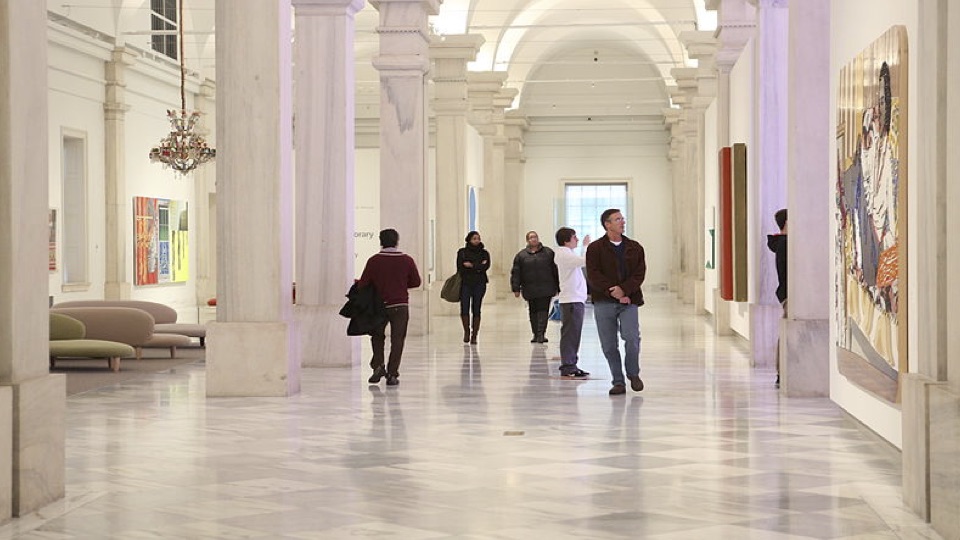 While we’re all getting used to the “new normal” of staying indoors with what may seem like endless hours of nothingness to fill, there are plenty of ways to pass the time. Yes, baking banana bread and getting lost in the Netflix void are both solid time-consumers, but if you’re craving some culture to quench your quarantine boredom, there are many ways to do so without having to go outside. A range of arts and culture venues from around the world have launched brilliant digital initiatives to ensure performances and exhibitions can still be enjoyed, even if that means discovering them from our sofas at home. From theatre and opera, to film and galleries, here are some of the best ways to get your culture-fix during the quarantine.

London’s National Theatre is one of the countless arts organizations doing their best to keep culture alive and kicking during these difficult times. With a mission to bring the best of British theatre to those stuck at home, the NT has launched its initiative, National Theatre at Home, on a dedicated YouTube channel where it will stream some of its finest productions for free every Thursday night at 7pm BST. Bryony Lavery’s stage adaptation of Robert Louis Stevenson’s famous adventure novel Treasure Island just aired; Shakespeare’s Twelfth Night is up on April 23.

While being stuck inside for weeks on end is nothing to sing and dance about, watching others do just that might be the ticket to cheering us all up. The impresario of musical theatre himself, Andrew Lloyd Webber, has teamed up with Universal in order to bring Broadway to everyone’s home. A different Lloyd Webber musical will stream weekly on a new YouTube channel, The Shows Must Go On!, every Friday at 7pm BST (2pm EDT), and will remain available to watch for 48 hours. Musical fans can look forward to watching many of Lloyd Webber’s greatest hits, including Cats, The Phantom of the Opera, and Jesus Christ Superstar.

Another iconic London institution to embrace the world of digital streaming is the Royal Opera House. While its Covent Garden home might be shuttered indefinitely for now, it’s doing its bit during these unprecedented times to bring high art to each and every one of our living rooms. Tune in to the Royal Opera House’s Facebook page or YouTube channel on Fridays at 7pm BST, for a month-long program of some of its most dazzling ballet and opera performances. These include The Metamorphosis, Gloriana, and The Winter’s Tale among others.

Cirque du Soleil is also releasing some of its exclusive footage for at-home audiences to enjoy, every Friday on its digital platform CirqueConnect. Enjoy the incredible performances, just don’t try them at home.

Netflix is, for many, the go-to entertainment platform, its seemingly endless array of films and TV shows proffering an infinity of choices and hours-worth of binge-watching. There are, however, plenty more platforms out there to enjoy once you’ve crawled your way through the Tiger King frenzy and rewatched Breaking Bad for the umpteenth time. The BFI (British Film Institute) is offering a free 14-day trial of its subscription service, which offers classic and cult films from across the decades. The BFI also has a free archive of films spanning 120 years of British film, including both shorts and features to broaden your cinematic horizons.

Instagram has become a hotbed of exclusive live music performances, with many of today’s best-known artists taking to the social media platform to share live gigs. As many of this year’s major music events have been forced to cancel or be postponed, superstars of the music world are entertaining us all for free as part of a new Instagram series called Together, At Home (#TogetherAtHome). Miley Cyrus, Christine and the Queens, John Legend, Chris Martin, The Roots, Garth Brooks, and countless others have taken to Instagram to cheer up audiences with live performances, with many of them sticking to a regular daily schedule of live streaming.

If you’re missing a regular club scene, head to United We Stream for an opportunity to listen to some of Berlin’s best club acts. Aside from streaming live DJ sets and live performances every night from 7pm-12am (BST), United We Stream also features discussion sessions, movies, and presentations addressing a wide range of topics relating to the German capital’s singular club culture.

While nothing can quite compare to watching a gig live, YouTube is a great place to relive some of history’s most incredible musical moments. From The Pixies making Brixton quake in 1991, to Prince & The Revolution’s 1985 Live in Syracuse concert or Nina Simone’s Live in Montreux gig from 1976, throw yourself down the YouTube rabbit hole and unearth the ghosts of great gigs past.

If you’re missing a night out at a honky-tonk or just want to use this time to discover some untapped country talent, look out for Virtual Festival, a series of performances from local Nashville artists that are live-streamed each night. Launched by Nashville-based musicians Allen Thompson and Rodney McCarthy, Virtual Festival looks to offset the losses of the entertainment industry during this time of crisis by offering streamed performances by bands now unable to play live in venues. Fans are able to donate to musicians directly using Venmo and PayPal in lieu of ticket sales and in the process, discover new sounds they might have missed out on before.

The world’s most-loved museums may have shut their doors for the time being, but just because you can’t physically walk through their hallowed halls, doesn’t mean you can’t still see some of their most precious masterpieces. Tech-savvy curators have made it possible to virtually tour many of the best-known museums, including the Guggenheim, the Rijksmuseum, the Musée d’Orsay, the Uffizi Gallery, the Museum of Broken Relationships, MoMA and countless others. Simply head to their respective websites and get ready to turn your home into a private gallery.

The Tate Modern in London was only able to open its new Andy Warhol exhibition for a few days before it had to close its doors due to the city’s lockdown measures. However, the Tate has created a virtual tour of this unmissable show, available to watch on its YouTube channel and website. Curators Gregor Muir and Fiontán Moran discuss Warhol through the lens of the artist’s immigrant story and his LGBTQI identity. With many never-before-seen works on show, this is an opportunity to see Warhol’s genius in a completely different light.

0 comments on “Staying “Cultured” During COVID-19”