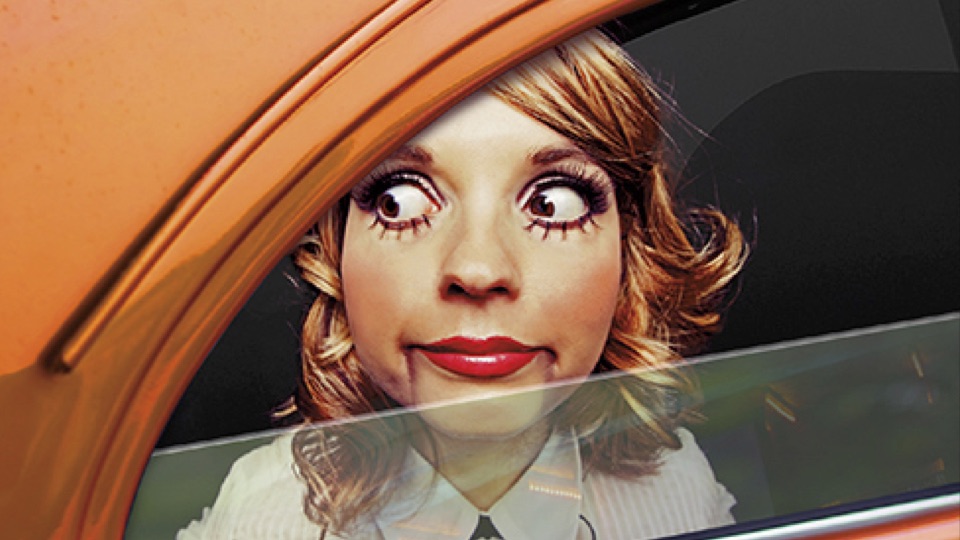 Ken Sharp is a multi-talented musician who’s been making power pop-flavored music since the 1990s. His albums include Happy Accidents and Beauty in the Backseat. He’s also a prolific writer, having authored books on David Bowie, Elvis Presley, The Raspberries and Cheap Trick. Ken recently re-issued his debut album, 1301 Highland Avenue. He spoke with CultureSonar about his music, his influences and meeting some of his rock and roll heroes.

Q: This is the first time that 1301 Highland Avenue has been issued in the United States. Why did you feel it was a good time to re-issue the album now, and what’s been updated for this version?
A: 1301 Highland Avenue was released on a label on Japan in 1994. It was my first album and it’s never been released outside of Japan. I ran out of money while recording it and there were many things that I was unable to do the first time around. With the 25th anniversary of the album looming, I thought it would be an interesting idea to revisit it and tweak it to my satisfaction. I wrote a new song (the title track), which encapsulates my emotions of growing up at 1301 Highland Ave, located in Fort Washington, PA. In terms of the musical additions to the album, I added more vocals, and several songs now have guitar solos, horns, and ukulele, bells, the whole kitchen sink! There were also four songs on the original release that didn’t have drums and now they do. I’m very proud of how 1301 Highland Avenue 2.0 came out. It was very emotional for me to go into the studio after all this time to flesh out the songs and make them more fully realized. Big thanks to my pals/musical colleagues Fernando Perdomo, Rob Bonfiglio, and Tony Reyes for their invaluable contributions.

Q: The album will definitely appeal to fans of groups like The Raspberries, Cheap Trick, and Badfinger. Who are some of the other bands that influence your music?
A: My influences when writing and recording songs for the album were all over the map. The Beatles, The Beach Boys, Eric Carmen, Partridge Family/David Cassidy, Todd Rundgren, Philly soul, Motown, bubblegum music, The Who, and much, much more. All of these artists are a part of my DNA and I wholeheartedly embrace all my influences. Whether it’s my first album or my most recent, Beauty In The Backseat, those influences are always part of what I do, that inspiration still burns bright. Of course, I’m doing my best to ensure that my creative voice, what makes me unique, comes to the forefront as well.

Q: You recently recorded and released covers of the Davy Jones song “Girl” and The Monkees track “Forget That Girl,” which featured Davy on lead vocals. The proceeds from those songs are going to a charity that was near and dear to Davy’s heart. Tell us about that project.

A: I’ve always been a huge fan of the Monkees and Davy Jones. I did an interview with him over the phone, which was included in my book, Sound Explosion, about the contributions of The Wrecking Crew to The Monkees records. Only two weeks before he tragically passed away, I took my girlfriend Sue to meet Davy at an event in Hollywood. She’s a huge Monkees fan and Davy was her favorite. There was a Davy Jones tribute show slated for LA and I got to thinking, why don’t I record two of my favorite songs sung by Davy and release them as a tribute single, with all the proceeds going to Davy’s favorite charity, the Davy Jones Equine Memorial Foundation? It was a blast to record both songs. “Girl” is my favorite song by Davy; the chord changes are so beautiful that they bring tears to my eyes. On “Forget That Girl,” I sang the song and played guitar. It was wonderful to have Roger Manning from Jellyfish play piano on the track. Fernando Perdomo played drums and bass, Probyn Gregory from Brian Wilson’s band provided the incredible horns and my pal Rob Bonfiglio, (who’s also in Brian Wilson’s band) did the backing vocals.

Q: You’ve written a number of books about rock and roll, including biographies of Cheap Trick, Kiss, and David Bowie. Your multi-volume series on power pop, Play On; Power Pop Heroes, is essential reading for fans of the genre. As a music fan, were there any musicians or bands that you were especially excited to meet while working on your books?

A: Yes, all of them! If I had to narrow it down to a very small list I’d have to say meeting three out of the four Beatles would be the ultimate highlight. They’re my favorite band of all time. I’ve met and interviewed Ringo five or six times. I’ve met Paul a few times, including a memorable encounter backstage at Madison Square Garden in 1989. I had just done an interview with Linda McCartney and she brought my friend and I over to meet Paul. Perhaps the most exciting meeting for me of all was meeting George Harrison inside Abbey Road. This took place in September 1993 when there was a special press conference for the CD release of the Beatles Red and Blue albums. I was in London working on a project, and I’d done an interview with George Martin the day before. He tipped me off that George Harrison might attend. As a member of the media, I was able to finagle my way into the event. The lights went out for a video presentation, and I kept looking around to see if George was there. Midway into the presentation, I saw a security guard rushing down the middle of the aisle. Knowing that might be a sign that George had arrived, I got up and walked into the corridor where I saw longtime Beatle aides Neil Aspinall and Derek Taylor. I looked over to my right and there was George. Beyond excited, I went up to him and introduced myself. I asked him the question I’d always planned to ask if I ever met him. I said, “Do you think The Rutles will ever get back together?” I was a huge fan of that band and knew George was also. That proved to be the perfect icebreaker. I spent about 10 minutes speaking with him about everything from electric guitars to working with Badfinger. That was my best and most memorable encounter ever.

Q: Are you currently working on any new music or book projects?
A: I’m always working on writing and recording new music and stockpiling songs for future records. That’s my favorite thing in the world and the thing I feel is my life’s work. I’m planning on putting out a new album sometime in the spring that I’m really excited about. Where my last album was a fun and upbeat record, this one is more melancholy and mournful, songs about regret, memory, loss, death, being abandoned by my father at an early age, some heavy stuff. That said, while the subject matter of a lot of the songs is somber; often the upbeat melodies will counteract that. It’s a trick that one of the bands I love, Squeeze, pulls off rather well. As for new books, hopefully, I’ll be getting out the fifth and final volume of the Play On: Power Pop Heroes series, later this year and I also plan to reprint my book on Dennis Wilson of The Beach Boys.

To learn more about Ken and his music, visit https://kensharp.bandcamp.com or http://ken-sharp.com

0 comments on “Ken Sharp: For the Love of Power Pop”