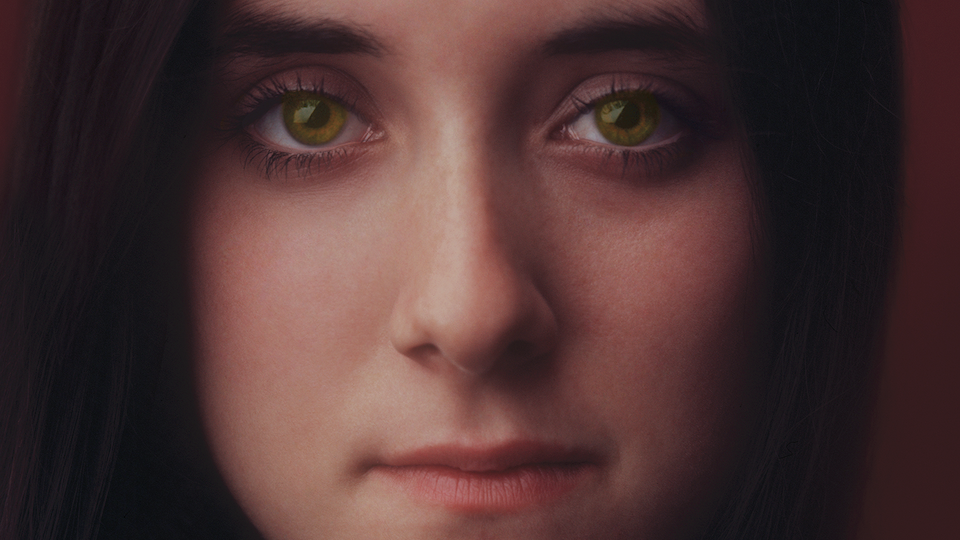 Sadly, Linda Hoover’s short-lived recording career resembles that of an amateur boxer who has trained his whole life to get his shot at stardom. Then his management informs him that the fight has been permanently called off, causing the boxer to quit the game.

But, to paraphrase Brian (AC/DC) Johnson, Linda has stepped into the ring to take another swing thanks to the recent release of her once unissued 1970 album I Mean to Shine.  Linda’s stunning vocals are backed by heavyweight talents like future Steely Dan stalwarts Walter Becker, Donald Fagan (who wrote five of the eleven tracks), guitarists Jeff “Skunk” Baxter, Denny Dias, and producer Gary Katz.

Many albums have an accompanying booklet tucked in its sleeve but this record deserves two booklets just for the backstory of the rise and rapid fall of Linda—with a page detailing the origins of Jeff Baxter’s “Skunk” nickname (Google the reason if you need a smile.)

At the age of 14, Linda’s voice won over judges at a New Jersey talent show and the then-independent producer, Gary Katz.  Katz then arranged a sitdown with the mob-affiliated Moishe “Morris” Levy at Roulette Records, who was the inspiration for Hesh Rabkin in The Sopranos.  Morris offered her a chance to make a record with Roulette but Linda’s father refused the offer, insisting that she finish high school.  Five years later, Linda was one unhappy camper at Jacksonville University.  She recalled:

“I called Gary from my dorm on one particularly difficult night.  He told me to find a way back up to New York and that we would get a record deal.  My father was trying to protect me, but I was determined to leave, and finally, my parents had no choice but to let me go.  Around Christmas of 1969, I returned to New York and signed with Gary’s production company.”

Through Katz, she met the sardonic Becker and Fagan, who Gary called “librarians on acid.” Jay Black of Jay and the Americans labeled the lads “the (Charles) Manson and (Charles) Starkweather of rock.”

The pre-Steely Dan jewels on I Mean to Shine include “Jones,” a harrowing tune about drug addiction.  Linda noted: “The lyrics to ‘Jones’ tell it like it is.  The song has a great hook and melody and people love it, but when you think about the lyrics it is such a sad song.”

Besides the album containing four other Becker/Fagan nuggets, the boys convinced Hoover to sing Richard Manuel’s “In a Station” from The Band’s Music from Big Pink. Linda cited it as her “personal favorite on the album.”

Becker and Fagan’s career finally got some needed cachet and their bank accounts some needed cash when Barbra Streisand sang their song “I Mean to Shine” on her 1971 Barbara Joan Streisand album.  Sadly, Linda’s version went unheard for 51 years because Katz wouldn’t give Levy the publishing rights to the songs on her debut.

Perhaps Katz was aware of what Tommy James noted of his time with the shady owner of Roulette Records: “They say crime doesn’t pay and it’s true—the criminals who ran Roulette never paid me!”  Morris retaliated by shelving the LP and Hoover’s burgeoning career, sending Linda into a deep depression.  Baxter tried to cheer her up by imploring her to join him, Katz, Becker, and Fagan in L.A. where they were now employed by ABC-Dunhill Records.  Linda noted:

“Gary had little children and a wife and needed to work.  He asked me to go with them but I felt defeated and declined the invitation. Jeff Baxter tried to convince me to shake off the loss of I Mean to Shine, but I couldn’t.  I lost many of my friends because I was ashamed to face them.  I thought that I had failed.”

Linda retreated back to her family in Orlando, Florida then went on to have a successful marriage to her lawyer-husband Jay Willingham.  One day, Jay took a quarter-inch, two-track tape containing Linda’s album that had sat in a dark closet for over fifty years and let it see the light of the day.  With Levy long gone (having died in 1990, two months before he was to start a ten-year prison term for conspiring to extort) and with Rhino Records now owning Roulette Records’ catalog, Jay sent a digital version of the tape to Rhino who then directed him to make a deal with Omnivore Records, a company that specializes in releasing long-but-not-forgotten product.  The album was released on June 18, 2022.

Linda’s music finally has an audience that is much smaller than Steely Dan’s but it’s safe to say this warm and appreciative singer has a higher opinion of her fans than Donald Fagen does of his “Danfans.”  In his sometimes laugh-out-loud 2013 novel, Eminent Hipsters, Donald not-so-fondly reminisced about the fans at one of his concerts: “Tonight the crowd looked so geriatric I was tempted to start calling out Bingo numbers.  By the end of the set, they were all on their feet, albeit shakily, rocking.  So this, now, is what I do: assisted living.”

Photo: Linda Hoover from the cover of her album, I Mean to Shine