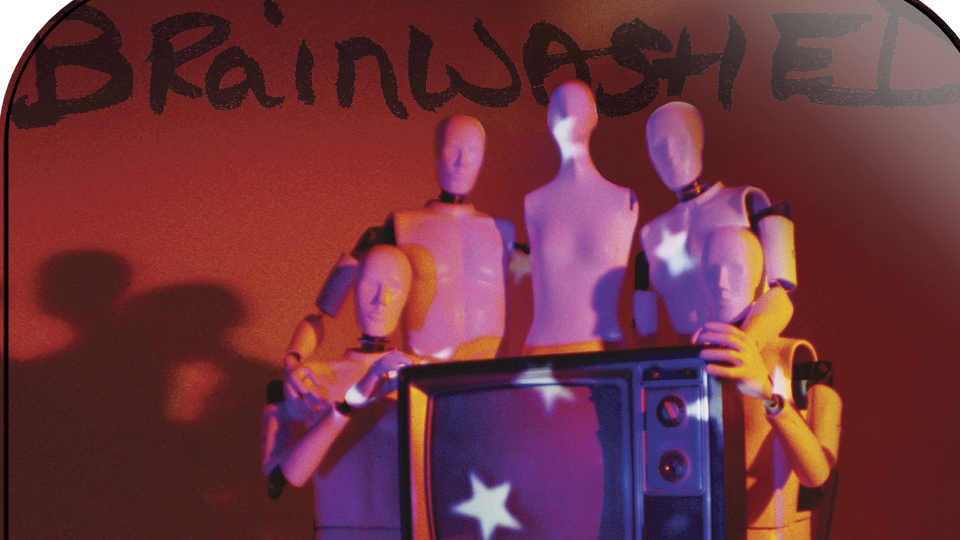 The cliché about George Harrison is that he cloaked himself behind the dangers of the world, culminating in a body of work that was frequently disparaging to its listeners and potential fans. Brainwashed changed all that, offering the former Beatle a wonderful exit from which he could leave his life behind with some level of grace and forgiveness.

Drawing on a well of recordings, Harrison´s final album explored an output that jumped forwards and backward, demonstrating the rocker who both played lead guitar in The Travelling Wilburys and the house-bound invalid, who was very nearly stabbed to death in front of his wife. In many ways, Brainwashed was his most complete effort since All Things Must Pass, but it was an album that required additional assistance from producer Jeff Lynne to make the cabalistic sound palatable.

It was an incredibly ambitious record; never before had Harrison conveyed so much change and emotion, capturing the artist at his most vulnerable, anxious, humble, and reclusive, daring audiences to journey with him for one last waltz on this earth. That the album sounded so effortlessly commercial was a testament to Harrison´s powers, an artist who had lambasted the attention spans of his listeners during the ill-fated 1974 Dark Horse tour.

By the turn of the millennium, Harrison´s songs ranged from yearning instrumentals ( “Marwa Blues” netted the guitarist a posthumous Grammy Award for “Best Pop Instrumental” in 2004) to the confessional posturing of “Stuck Inside A Cloud”. Harrison presented everything straight, with nary a metaphor nor a pun in sight.

The sincerity of “Any Road” and “Pisces Fish” offered the album a weight that showed that the artist was still enjoying the glories of love, decades after his seventies zenith. “Any Road” was built on an aphorism that had led the former Beatle through many turbulent junctures, while the latter congratulated the animal that had served as a guide through two marriages and late fatherhood.

This isn’t to say that the album was haughty, as the title track took great strides to show the whimsical nature that had made him so popular with audiences watching Saturday Night Live. “P2 Vatican Blues (Last Saturday Night)”, meanwhile, was a welcome respite for listeners aching to hear the songwriter come up with a ballad as scathing as his White Album ditties “Piggies” and “Savoy Truffe”.

The album is ultimately an unflinching document of Harrison´s later years, exhibiting an older gardener basking in the success The Beatles, The Wilburys, and Handmade Films delivered him. But for all the success and happiness in his life, there´s an underlying sadness that suggests that Harrison felt incomplete by his triumphs or his accomplishments. And suddenly he unveils it on the blistering “Looking for My Life”, illustrating the contradictions of his existence on this planet. It’s an impressive portrait, bolstered by the guitarist´s desire to leave a part of himself on record, before continuing with his journey.

“His life was in those final songs,” Lynne confirmed, “the things he got up to each day, like riding down the River Thames. Lots of very personal stuff. Some of them are really good. We gradually just filled them in. It was just about mixing them and making them sound like George would like them. You just had to go with your gut feeling.”

Few curtain calls have proven to be as rewarding, as insightful, and as dense as Brainwashed, and it stands up with the very best of Harrison´s solo work.