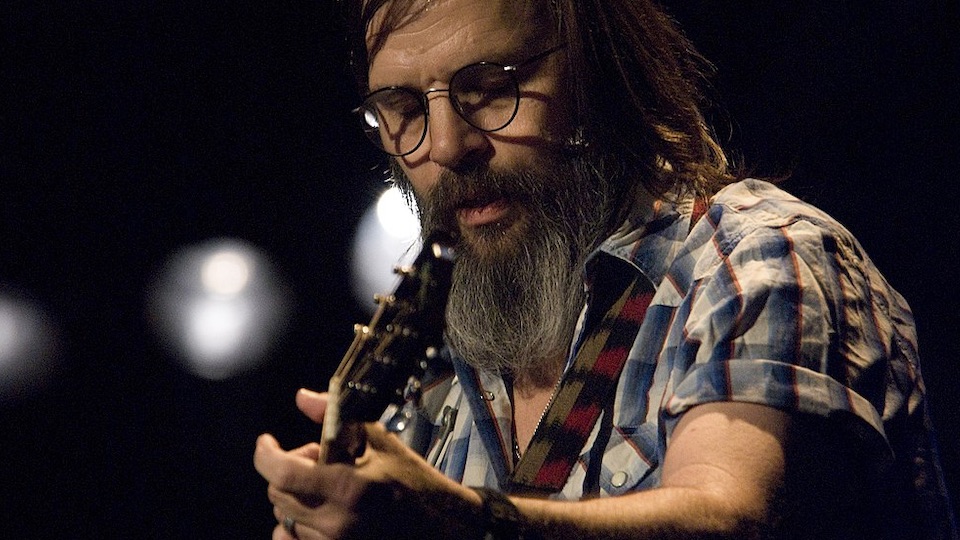 Few discographies within popular music have maintained a level of consistency to rival that of Steve Earle. Earle established himself as an artist in his own right in the late 80s after spending years in Nashville paying dues as a working songwriter.

His debut album, 1986’s Guitar Town, garnered two Top Ten singles and appeared to lay the groundwork for a successful career. Earle would further refine the sound established on Guitar Town with its follow-up, the remarkably under-acknowledged, Exit 0, which made greater use of rock elements than its predecessor.

By the release of Copperhead Road the following year, Earle had fully embraced rock dynamics in his music, adopting an outlaw persona and a slew of substance abuse issues to go along with it.

1990’s The Hard Way continued the musical trajectory which had been expanded upon by Copperhead Road. However, due to the mounting personal issues plaguing the songwriter, he was released from his contract with MCA, and would not release music again for half a decade. The following years would see Earle arrested on drugs and weapons charges before he ultimately achieved sobriety and returned to the studio.

Upon his return to the business, Earle became a dedicated artist, recording and releasing a staggering 21 albums over the next 26 years. In terms of songwriting, the quality control exercised throughout these releases is astounding. His status as a master of the craft should be well-earned at this juncture, so why is it that one seldom hears Steve Earle’s name crop up alongside those of Willie, Waylon, or Merle? What of Springsteen, Paul Simon, and Neil Young? The issue, one could argue, seems to be that no one understands quite how to categorize the man. In a society that places considerable value on labels, this can be a predictor of trouble from a marketing standpoint. The abiding obstinance upon which Earle has crafted his persona, paired with objectionable legal attention and the near-constant deviation from tradition, likely soured him in the eyes of the country music establishment. Meanwhile, the ever-prevalent country elements of Earle’s sound have all but entirely prevented him from fitting in comfortably anywhere else.

While Steve Earle has been rooted in country music his entire career, his proclivity for stylistic detours has been apparent. In the years preceding his major-label debut with MCA, he signed with Epic Records for whom he recorded a neo-rockabilly album. The album would not see release due to the label’s dissatisfaction and Earle would be dropped shortly after. Earle’s incorporation of rock elements in his records has been well established, but over the years he has dabbled in genres including folk, Americana, rockabilly, bluegrass, and alt-country, the latter of which he is widely regarded as a pioneering figure.

It is often the case that, around middle age, artists begin to lose the proverbial creative fire which fueled their earlier, more highly regarded work. In the case of Steve Earle, however, some of the songwriter’s most enduring output has seen its release during the second and third acts of his career. One critic presented a compelling and sincere case for 1996’s I Feel Alright, Earle’s first album of all-new material since 1990’s The Hard Way, as “the greatest album in country history.” 1999’s The Mountain was a straight-ahead bluegrass album and was followed by Transcendental Blues, the closest thing we’ve gotten to a Guitar Town sequel since Exit 0.

The scope of Earle’s discography encompasses duet albums, tribute albums, film soundtracks, concept albums such as 2020’s Ghosts of West Virginia, and much more. Earle is never resistant to the well-beaten path, however, releases such as 2017’s So You Wannabe An Outlaw serve as an ample reminder of Earle’s mastery over the country/rock hybrid he first approached with Copperhead Road.

Earle’s own son, the late Justin Townes Earle, an acclaimed songwriter in his own right, spoke of living in the shadow of his father’s abilities as a songwriter. The Americana icon cited his father’s ability to inhabit characters as a noteworthy attribute that he himself was unable to replicate. Following the passing of Justin in 2020, his father recorded the album J.T. as a tribute. The album consists of ten cover versions of songs written by Justin, and one original song, the painfully poignant “Last Words,” which details the final night of his son’s life from his own perspective.

Steve Earle is a revered figure in music, and one would be remiss not to acknowledge the appreciation that many songwriters have for the man. In fact, in 2021 Earle, along with Brett James, Toby Keith, and others, was inducted into Nashville’s Songwriters Hall of Fame. The reverence, however, still feels disproportionate to the decades of dedication to the craft and levels of quality that Earle has commanded throughout his career. The listening public tends to realize too late how special some of the artists we get to hear from truly are. Then come the belated accolades and the slew of posthumous releases cobbled together in various studios hoping to capitalize on the loss of these great creative minds. One can only hope that Steve Earle, a national treasure and one of America’s greatest songwriters, receives his flowers while he is still here to appreciate them.