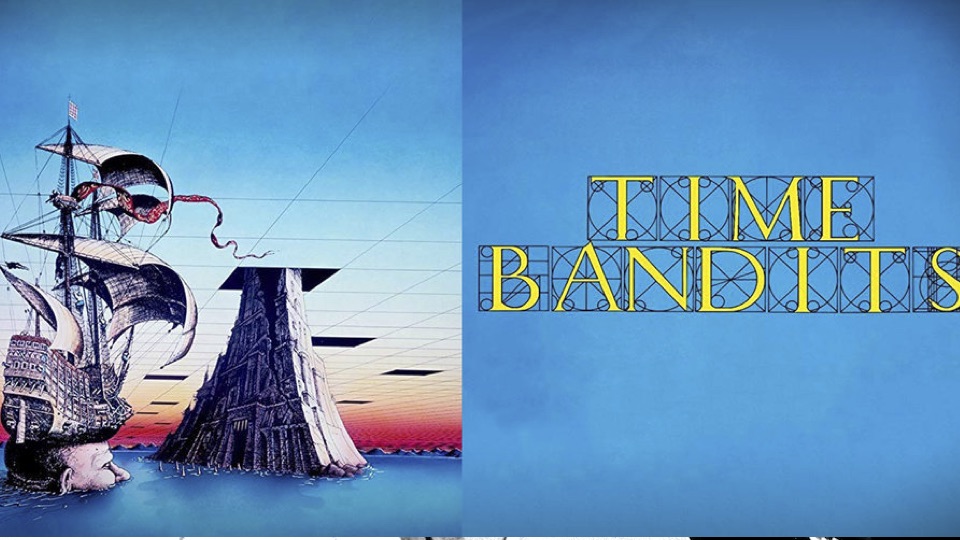 Is it too gauche to suggest that there may not be another filmmaker like Terry Gilliam? Considering his most grandiose epics and outlandish productions – from The Adventures of Baron Munchausen to Fear and Loathing in Las Vegas – the former Python’s work has largely been referred to in the mainstream as “cult.” However, it’s his brand of imagination that we’re arguably missing from modern cinema, in a landscape awash with comic book features and cookie-cutter screenplays.

This year, 40 years will have passed since the release of Time Bandits, arguably Gilliam’s breakout project from out of the shadow of Monty Python – with his Jabberwocky having set the stage four years prior. Bandits is classic Gilliam – full of that hallmark, surreal playfulness you can see in the early Python animations. It’s a celebration of childhood escapism, taking us throughout Earth’s vivid history one frame at a time.

It’s regarded as Gilliam’s first entry in his “Imagination” trilogy, with Bandits progressing into the working desperations of Brazil, before peeling into Baron Munchausen, the final exploits of an old man escaping into fantasy. This visually and conceptually mesmerizing trilogy makes a strong argument – that imagination never truly leaves us.

Gilliam’s imagination is a tough one to reckon with. Bandits’ cast in itself is an impressive who’s-who of character acting. Fellow Pythons John Cleese and Michael Palin pop up as Robin Hood and Vincent, respectively, while a pre-Shining Shelley Duvall appears fleetingly – with Palin in tow. Veteran thespian David Warner is Evil himself – a malevolent, scenery-chewing performance.

The main action, of course, revolves around young Kevin (Craig Warnock), who finds himself accidentally tripping through time accompanying a crack team of literal “time bandits,” who are using holes in an inter-dimensional map to go treasure hunting. Yes – it really is that kind of movie – and in typical Gilliam fashion, high concept is barely a hurdle to jump, more one to kick over and stride past.

Some believe that the merry band – who number six exactly – represent the members of Python – and that does add an interesting new dimension on rewatch. Robert Hewison, in fact, argues that Vermin – the grossest of the bandits – represents Gilliam himself. Certainly, the auteur was no stranger to playing the “grotesque” as Python demanded – and his transformation into mind-bending cinematic visionary is all the more fascinating as a result.

Some may argue that Bandits is a product of its time. Released in 1981, this was a decade where high fantasy started making bank off the back of space operas that were suddenly cool. You could argue the colossal success of Star Wars and The Empire Strikes Back were partly responsible for outlandish epics such as Bandits, The Princess Bride and Labyrinth escaping the VHS bargain bin in the years to follow. However, Bandits, Brazil, etc – Gilliam’s work is more exploratory than it is out to make a quick buck. You only have to read up on the years and years The Man Who Killed Don Quixote spent in Development Hell to understand the director’s passion for celluloid.

As a result, this isn’t fantasy for fantasy’s sake. There seems to be a genuine thirst and fascination for pure adventure movies, still alive and well even now. For children of the 1980s, The Goonies represents this all too well. Yes – there are still movies that dive head-first into adventure, falling back on tropes and cliches as a last resort – but they are worryingly few and far between. Even critically lauded movies from the past few years that dive back into epic adventure territory (see the Jumanji reboots, some of the Marvel Cinematic Universe Stable) still lack that Bandits spark.

Bandits is gloriously bonkers, rightfully so, and it really doesn’t care who knows it. Gilliam even cast Sean Connery, who was striding away from James Bond at this point, as a bit of a joke. “He literally saved my ass,” the director states, referring to Connery’s star factor in conversation with The Hollywood Reporter.

There was big news for the soundtrack, too – at least, what remained of one. Plans for a complete Bandits soundtrack of original music never came to pass – however, what did transpire was George Harrison’s “Dream Away,” appearing as the only lyrical work in the entire movie (over the credits). It would appear on his Gone Troppo LP the year after.

Interestingly, Gilliam has perceived the lyrics to the song as playful criticism of the movie-making process, referring to Harrison’s track as “brilliant,” “subtle” and “clever” – claiming that the musician may have been “too polite and decent” to offer criticism to the director outright.

Time Bandits lamentably gets swept away by some of the bigger box office successes of the era, but it’s an essential piece of media for Monty Python and Harrison enthusiasts, and of course for those who have followed Gilliam from the beginning. Productions that followed, in the shape of The Fisher King, 12 Monkeys and The Imaginarium of Doctor Parnassus, would keep his name fresh in the minds of many.

With the upcoming anniversary, there’s never been a better time to get back to the time map – particularly as Bandits’ infamous ending still mystifies many (though I won’t spoil it here if you’re new to the material). The reboot / rework train is, of course, on its way around, with What We Do In The Shadows and JoJo Rabbit director Taika Waititi reprising Time Bandits for Apple TV in the months to come (COVID pauses permitting).

Could anyone else’s take on this brand of fantasy ever live up to Gilliam’s majesty? Personally, I think it’s never a case for comparison – but that any new form of Time Bandits material without Gilliam’s stamp will be a completely different type of project. We’ll have to wait and see – and in the meantime, it’s worth going back to ’81 to enjoy the director’s work at, arguably, its most fantastical and most brave.

5 comments on ““Time Bandits” at 40: Terry Gilliam’s Flight of Fantasy”