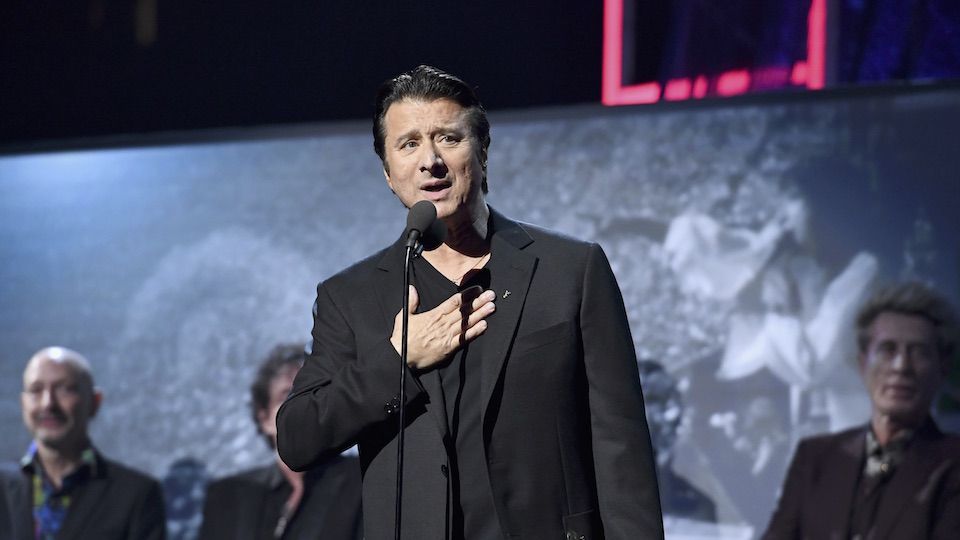 Editor’s Note: This is first in a possible series. Let us know what you think — and if you have any candidate you’d like us to look into (leave in the comments)!

Did you know that Journey had a singer before Steve Perry?  The band had been around since 1973, with plans to be a backing group for solo acts. Then they switched to being a jazz fusion band with Gregg Rolie on vocals.  That particular incarnation of Journey released a few albums through 1977 that only charted as high as #85 on the Billboard Top 200.

In 1977, the band hired Robert Fleischman to take over lead vocals and transitioned to a musical style more rock than jazz. They opened for acts such as Judas Priest, and Emerson, Lake, and Palmer. And while they found slightly more success, it wasn’t until Steve Perry was snuck onto the stage during a soundcheck that it was immediately decided that he would be their new lead singer.

With Perry on lead vocals, and Journey’s release of Evolution in 1979, songs like “Lovin, Touchin, Squeezin” kicked off a marathon of successful album and song releases along with massively popular tours.

During the recording of Raised on Radio, Steve’s mother became ill causing him to travel repeatedly to visit her, which made the recording process stressful for all parties.  She passed away during the production of the album, and the result was an exhausted Perry. Journey toured with the release of the album but subsequently, they all agreed to take a break.

Steve Perry started production of a solo album, Against the Wall (1988), but never completed it.  And while he did some performances for special events, he generally disappeared from the music industry until the release of his next solo album For the Love of Strange Medicine. The track “Young Hearts Forever” was a tribute to Thin Lizzy bassist Phil Lynott, who had died from drug use two years before.

Journey’s break ended after ten years when the band reunited with Perry for the release of Trial by Fire (1996). The album went platinum after reaching No. 3 on the Billboard charts.  It also included a few top 20 hits including “When You Love a Woman,” which was nominated for a Grammy. While happy with their renewed success, some band members, including Neil Schon, felt the group had fallen into being heavy on ballads and light on rock.

Before going on tour for the album, Perry suffered a hip injury while vacationing in Hawaii.  Further exams revealed a degenerative bone condition that likely required hip replacement surgery.  While Perry waffled on whether to have the surgery, the tour was repeatedly postponed.  Eventually, Perry was approached by bandmates Schon and Jonathan Cain who needed an answer: surgery or tour?  The pressure resulted in Perry deciding to permanently leave the band.  He was replaced by Steve Augeri (Tall Stories). The band never reached the level of success they’d previously had, switching lead singers repeatedly, losing and replacing bandmates, and falling into endless internal lawsuits.

Perry never performed in concert with Journey again. Completely exhausted from health problems and the pressures of performing, he returned to his old stomping grounds in Lemoore, CA, and stayed away from music altogether.

Two years went by before Steve Perry released a compilation album (Greatest Hits + Five Unreleased) in 1998, with included some previously unreleased solo songs.  He also finally underwent hip surgery. Throughout the early 2000s, Perry undertook some collaboration efforts, including assisting Ambrosia lead-singer David Pack with a new album.  Steve worked with screenwriter David Chase (The Sopranos) on their use of “Don’t Stop Believing” in the famous final scene of that series.  He became friends with Mark Oliver Everett (the Eels) and began regularly attending their shows. Eventually, he was invited to sit in on their rehearsals, which, in 2014, led to Perry performing encores with the band – his first live performances in twenty years

Perry appeared with his Journey bandmates for their induction into the Rock and Roll Hall of Fame in 2017 but decided not to participate in their performance. Instead, he asked the band’s newest lead singer (and dead-on Steve Perry impersonator) Arnel Pineda to perform.

On 2018’s Traces, we heard his first solo material in nearly two decades, followed by his first music video in 25 years (“We’re Still Here”).  This was followed the following year by an acoustic version of the album.

In 2020, Perry was nominated for the Songwriters Hall of Fame, given that he co-wrote most of the songs released by Journey during their heyday, along with his work on successful solo efforts.

When asked if Traces could be considered a “comeback” for him, Perry suggested instead that since most of his music was based on real-life experiences, including much heartache, he’d consider it more a “continuation.”