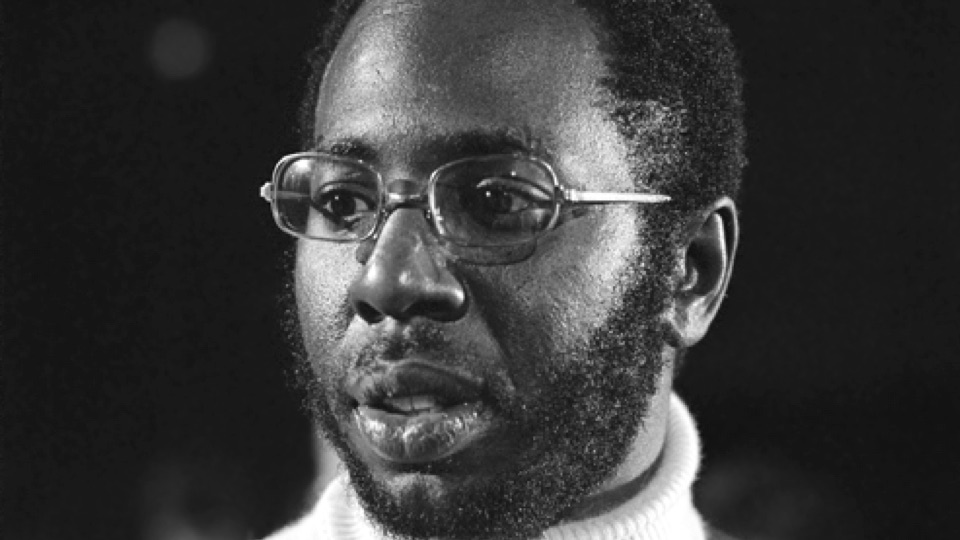 By the early 1970s, many soul and R&B artists had expanded their focus and were producing music that was more socially conscious. Mainstream artists like Marvin Gaye and Stevie Wonder issued albums such as What’s Going On and Where I’m Coming From, which examined problems such as racial inequality, poverty, and the war in Vietnam. Since his days as a member of the Impressions, Curtis Mayfield had been at the forefront of the movement to create music that included social commentary, penning hits like “Keep on Pushing” and “We’re A Winner,” which celebrated black pride.

After Mayfield left the group in 1970, he released his first solo album, Curtis, which balanced the optimism inherent in many of his songs, such as “Move On Up,” with the darker themes of tracks like “(Don’t Worry) If There’s A Hell Below, We’re All Going To Go.”

So it’s no surprise that Mayfield’s score for the 1972 film Super Fly (which celebrates its 50th anniversary this year) is a thoughtful and soulful exploration of the issues facing the residents of America’s inner cities at the time. It’s also true that Mayfield’s score for Super Fly transcends the Blaxploitation movie for which it was written, and features some of the fiercest, deepest and funkiest grooves found in 1970s soul.

As a genre, Blaxploitation exploded onto cinema screens during the 1970s, with films like writer-director Melvin Van Peebles’ Sweet Sweetback’s Baadasssss Song and director Gordon Parks’ Shaft, which featured a memorable score by Isaac Hayes. Super Fly, directed by Gordon Parks, Jr., is the story of a dealer named Youngblood Priest, who wants to make one last score before getting out of the drug business. Mayfield’s music is kind of a counterpoint to the film’s narrative, focusing on the challenges faced by inner-city residents, including drug addiction and violent crime. Tracks like “Freddie’s Dead,” and “Pusherman” pull no punches in their visceral examination of the deadly allure of addictive drugs like cocaine.

Mayfield’s insightful lyrics are enhanced by the excellent work of his band, which includes Phil Upchurch and Craig McMullen (guitar), Master Henry Gibson (percussion), Joseph Lucky Scott (bass), and Morris Jennings and Tyrone McMullen (drums). Their knockout grooves add depth and character to Mayfield’s compositions, as do Johnny Pate’s evocative arrangements. Pate had collaborated with Mayfield since his time with The Impressions, though the two men would have a falling out over how Pate was credited for his work on Super Fly, and they would never work together again.

Listening to Super Fly is an immersive experience. It’s a captivating, ethereal, and funk-laden record. While other soundtracks of the era, like Isaac Hayes’ terrific score for Shaft, and J.J. Johnson and Bobby Womack’s indelible music for Across 110th Street, are justifiably celebrated, Super Fly is one of the best of its genre, if not the best.

The album is extremely atmospheric, and has a cinematic feel, apart from the film itself. Even the instrumental tracks, like “Think,” and “Junkie Chase” are deeply expressive. Mayfield’s phenomenal work makes a strong socio-political statement while inviting listeners to groove along to his masterful blend of blazing funk and cool soul. Super Fly was a huge success, rising all the way to number one on the album charts. Two singles from the record reached the Top Ten: “Freddie’s Dead,” which landed in the number four spot, and “Superfly” which floated up to number eight. A third single, “Give Me Your Love,” made it to number thirty-one. The soundtrack album actually made more money than the film at the time of its original release.

Super Fly remains a hallmark of Curtis Mayfield’s celebrated career as an artist, writer, and producer, and a bona fide classic of 1970s soul. Rolling Stone ranked the album at number 72 on their list of the 500 Greatest Albums of All Time and named Mayfield Number 78 on their tally of the 100 Greatest Songwriters of All Time. Mayfield would go on to compose the music for several other films, including Claudine, Sparkle, and Let’s Do It Again.

Super Fly is still a vivid, intense aural experience, and its powerful imagery continues to resonate fifty years later. While the disc definitely evokes the time in which it was originally produced, it doesn’t sound dated at all. With Super Fly, Curtis Mayfield managed to get his point across, preach without sounding preachy, enabling us to dig both the grooves and the message.

3 comments on ““Super Fly” At 50: Still The Funkiest Soundtrack”