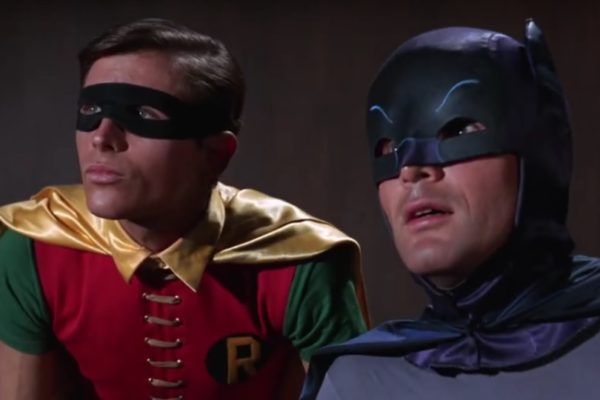 The 21st Century has seen the arrival of many wonderful superhero TV shows — Heroes, Smallville, and Luke Cage among them. Even Buffy the Vampire Slayer got its start in 1997, well before the new millennium. But in order to truly grasp where the future of super-series are headed, we’d be wise to take a look back and see what came before. Lack of sophisticated special effects and computer animation aside, these programs were often exemplars in storytelling, acting, and/or character development. Here’s a look at a timeline of the humans, hybrids, mutants, and yes, robots who entertained us before Jessica Jones and her ilk all became household names.

1966-67: The Green Hornet
A mere 26 episodes, this series follows the adventures of wealthy playboy-turned-vigilante Britt Reid (Van Williams) and his loyal aide Kato (martial artist master Bruce Lee). Unlike the campy Batman of the same era, The Green Hornet was played straight, and was surprisingly gritty for its time. Although canceled after one season, Bruce Lee would go on to become an international star and cultural icon. Watching him in his sleek black uniform and cap, you can see why; Lee oozes confidence, coolness, and intelligence while elegantly kicking butt.

1966-68: Batman
Best known for accompanying punches with comic book graphic lettering (POW!) and ridiculous exclamations (“Holy atomic pile!”), the deliberate campy tone of this show also features an incredibly memorable roster of guest stars including Julie Newmar and Eartha Kitt as Catwoman, Anne Baxter as both Zelda the Great and Olga, Queen of the Cossacks (so nice they used her twice), Cesar Romero as The Joker, Burgess Meredith as The Penguin, and Frank Gorshin as The Riddler. Renowned film auteur Otto Preminger even shows up as Freeze. Bruce Lee also makes an appearance as Kato in a Green Hornet/Batman crossover. Holy Hollywood!

1975-79: Wonder Woman
This landmark character is finally receiving the big screen upgrade her male counterparts Batman and Superman have. Even with that though, the memorable Lynda Carter in a patriotic onesie is still something to reckon with and respect. The show’s first season is set in the 1940s with a World War II storyline, but due to production costs the series was transported to then present-day 1970s for its second season. Watching Carter in this good-natured gem is great fun. That she’s a strong, smart, resourceful woman interacting with men on an equal level has allowed her to become a role model as well.

1976-78: The Bionic Woman
A spinoff of The Six Million Dollar Man, this series actually surpassed its predecessor in popularity. Though the crowd-pleasing storyline of Jamie Summers (a.k.a. the Bionic Woman) getting drugged and kidnapped was often par for the course, watching this robotics-enhanced agent outsmart her captors on a weekly basis never grew old. In addition, an ongoing storyline involving a one-time romance with her multi-million-dollar male counterpart (Lee Majors) and her amnesia and kept audiences coming back for more.

1978-82: The Incredible Hulk
Actor Bill Bixby brought depth to Bruce Banner, the physicist who wanders the country and occasionally morphs into a green, muscled rage-aholic (Lou Ferrigno), leaving destruction (and torn clothes) in his wake. According to the LA Times, actor Bill Bixby remarked, “From the beginning we decided to make it an adult show that kids are allowed to watch, rather than a childish show adults are forced to watch…It’s an old-fashioned action-adventure.” Though the crude special effects seem laughable now, its got more heart than any of the big screen adaptations so far.

1984-87: Transformers
The ‘80s liked its superheroes animated, most notably with Transformers, a series centering around two factions of robots — the noble Autobots and the evil Decepticons. Based on a series of toys by Hasbro, the show boasted high-quality voice-acting that captivated with tales about saving planet Earth, and on occasion the entire universe. Voice actor Peter Cullen appears as Optimus Prime in several incarnations of the cartoon series, as well as the most recent live-action cinematic reboot.

1987-96: Teenage Mutant Ninja Turtles
Yet another cartoon series, this one involves four teenage turtles who made the jump from comic book to small screen to big screen, and who show no sign of slowing down. Indeed, the first animated take proved such a hit that it ran for ten seasons, which is to this day is a rare feat for a kids’ cartoon. Revisiting this early incarnation, you can see why the show was such a success: The writing is smart; the humor is goofy; and the action is highly entertaining.

1991-92 and 1995: Aeon Flux
If you’re looking for something innovative and mind-bending, look no further than Aeon Flux. Beginning as a series of animated shorts on MTV, this show has a futuristic look (thanks to the excellent Peter Chung) which still seems undated. The plot involves assassin Aeon Flux doling out bloody justice while uncovering secrets and conspiracies, and dying at the end of every episode of Season 2. Most of the episodes rely on action sequences over dialogue, making this a truly unique piece of TV superhero history.

1992-95: Batman: The Animated Series
This incarnation of Batman was the recipient of multiple Emmy Awards and with good reason; the film-noir style and grown-up approach to the material still resonates with audiences today. Kevin Conroy and Mark Hamill continue to be the definitive voices of Batman and The Joker for a loyal base of fans. Additionally, this version can be credited with introducing the now-beloved Harley Quinn into the canon.

1992-97: X-Men: The Animated Series
It’s probably safe to say that this show was instrumental in bringing Stan Lee’s cast of misfits to a whole new generation. Though aimed towards younger viewers, the show did not shy away from the darker themes or oversimplify complex emotions — Wolverine’s love for Jean Grey is in full effect here, as is Rogue’s conflict over her love for her villainous foster mother, Mystique. The show isn’t all angst, though…Silliness can creep in at times, albeit in a self-aware manner.

1994-96: The Tick
In contrast to Tim Burton’s Gothic take on the alter ego of Bruce Wayne, this hilarious, irreverent show was a lot less serious about its blue-costumed Tick and his trusty sidekick, moth-man Arthur. Based on the comic book of the same name, the show took out most of the crueler villains and sexual innuendos as a way to make it safe for Saturday morning viewers. Interestingly, this show’s cult following has only increased since its cancellation. Though a live-action version was released in 2001, nothing compares to the original. Need a laugh while watching a clueless hero kick butt? Look no further.

1997-2003: Buffy the Vampire Slayer
We know this show technically goes into the 21st Century, but since Buffy’s first three seasons (’97-’99) are particularly stellar we feel justified including it here. Though the only Emmy the show ever won was for makeup in 1998, that is more a reflection of the Academy’s biases than the stellar quality of this series. Even acknowledging the worthy contenders of recent years, it arguably rates as one of the greatest superhero TV shows of all time. Sarah Michelle Gellar got one Golden Globe nomination in 2001; we’re still awaiting an honorary statuette for the series’ lasting legacy from the Television Academy or the Hollywood Foreign Press Association.

0 comments on “Holy Superheroes! From Batman to Buffy”