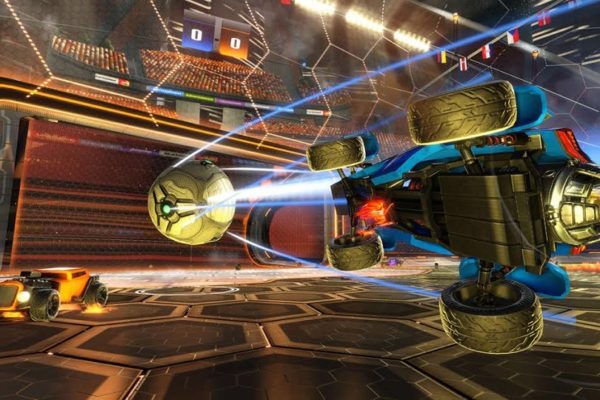 Video games have changed dramatically since the days of Tecmo Bowl, R.B.I. Baseball, and NBA Jam. Nowadays, gaming options range from complex simulators that make the early days of Wii look like Pong and pick-up-and-play games with built-in levels to rival Angry Birds or Candy Crush. But for every sport, you’ve got multiple options so that figuring out which virtual experience of your favorite sport is for you can sound like a daunting experience. Who do you turn to in your time of need? Sports Illustrated? PC World? Consumer Reports? Nope. CultureSonar, my friend. Name a sport, we’ll pick the game.

This basketball league simulator looks and plays very, very well and has for years. What makes this newest iteration stand out from previous incarnations is now you can create your own expansion team within its MyGM and MyLeague modes. That means your own logos, jerseys, and court design. You’re also tasked with managing personnel and drafting players. On top of that, there is a real effort here to make you feel like you’re actually watching a pro b-ball game with eleven commentators (Kevin Harlan, Chris Webber, Shaquille O’Neal…) doing post- and pre-game. Other elements such as detailed crowd animations and camera angles only enhance the actual game mechanics that have been perfected since the very first 2K game launched in 1999.

If this seems much like the last version, well…why fix what isn’t broken? At this point, it’s getting tough to discern between a Madden game and the real thing. The various tweaks that were made here are a bit too granular to tout as major changes, but all were made based on fan reactions to last year’s entry and mainly were created to provide veteran players with more challenges and increased versatility. Much like EA’s other dominant sports franchises, the Madden series is a must for any NFL fan with a console in their home.

This franchise from EA Sports has had a comeback following the poorly received NHL 15. Like NBA 2K17, NHL 17 has a very detailed GM mode that allows you to make very specific choices, even on such things as the pricing on venue concessions! As far as the gameplay goes, the action is smooth and shows major improvements on aspects like goalie intelligence thereby making for a more immersive experience. It still has some ground to cover, but all-in-all, NHL 17 is a solid entry in a long line of hockey games that strive to recapture the success of the near-perfect NHL ‘94.

For many, PS4 or Xbox One might as well be re-labeled a FIFA. This is the finest video game for soccer fans and the developers have continually made major improvements to the experience with each new release. For FIFA 17, a brand new game engine – run on something called Frostbite – has dramatically upped the look of players, the interactivity, the sound, etc. This new version seems destined to keep the game’s seemingly impenetrable fan base coming back for more every damn year.

Finally, a winning virtual reality video game for soccer fans: Playstation VR, Headmaster. Headbutt soccer balls to your endless delight. If sounds as though you might grow bored rather quickly, rest assured this game’s various challenges and offbeat humor will keep you entertained for hours. It takes place in a “Football Improvement Centre” that will only give you your freedom back if you can complete the many trials thrown before you. (Think piñatas and exploding soccer balls!) This is a great – often hilarious – introduction to the world of VR.

If you’re itching for a futuristic experience, look no further than Rocket League. What exactly is Rocket League, you ask?  Well, it’s car soccer.  I know, I know, but trust me on this one. It’s fun to drive a car around a giant soccer field while knocking around a giant ball in hopes of scoring a goal. Naturally, your car can also jump in the air, ride along walls, and even do flips in order to hit the ball at the right angle. Learning this one is incredibly easy resulting in a quickly addictive experience that may result in hours of couch time.

Author’s Note:  Can we please get a modern day version of the Tiger Woods Golf and Tony Hawk’s Pro Skater franchises? Tony Hawk Pro Skater 5 was an abysmal effort, and there hasn’t been a golf game that recaptured the same fun and clean mechanics that we got from the old days of Tiger Woods Golf.  Let’s make it happen people!

PS. For a look at some of the classics in this genre like Tecmo Bowl and NBA Jam, check out our post Beyond Pong: The Defining Video Games for Sports Fans. Plus, you may also enjoy our post More Than Passing Fancy: 10 Transcendent Moments in Sports.

0 comments on “Need a Virtual Touchdown, Dunk or Head-butt?”