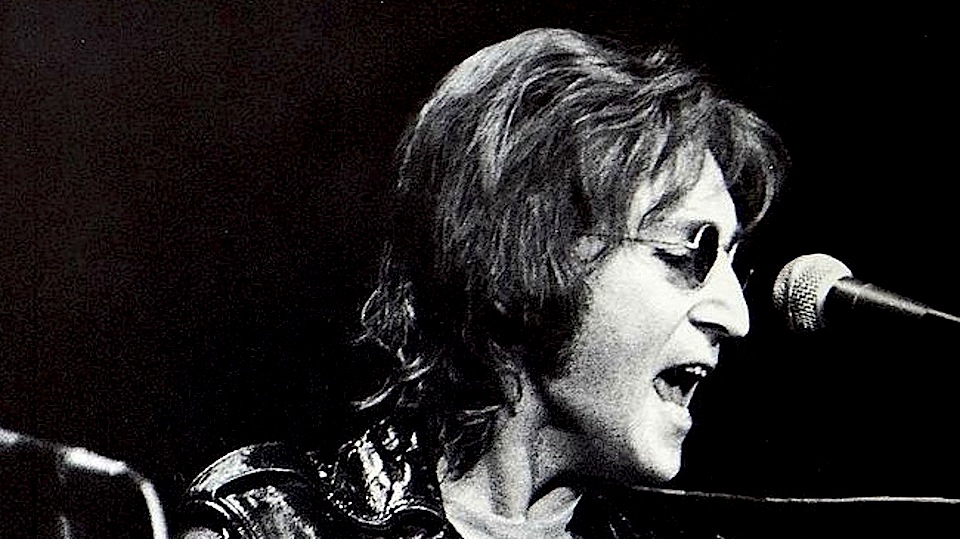 With Tribeca Film Festival’s recent release of The Lost Weekend: A Love Story – a poignant documentary about the tender and meaningful 18 months that John Lennon and May Pang spent together – the song that Lennon penned for Pang, “Surprise, Surprise (Sweet Bird of Paradox),” has been once again attracting attention. An often-overlooked jewel on Side Two of Walls and Bridges, “Surprise, Surprise” is not only a song of devotion, but also a biographical account of John’s life during his separation from Yoko Ono from the summer of 1973 to the spring of 1975. Covering this important year-and-a-half that Lennon and Pang lived together in New York and Los Angeles, the song chronicles John’s “God-awful loneliness” and the “surprise” of finding a “sweet, sweet love” who would restore his ego and creativity – a “breath of spring” annulling a harsh season.

In L.A., during October of 1973, John began working on his “back to basics” seminal Rock’n’Roll LP, with Phil Spector at the helm. Recalling his teen years, John revived songs such as “Bring It On Home to Me” (which John repeatedly mentions as “one of my favorite tunes of all time” in Jay Bergen’s book Lennon, the Mobster, & the Lawyer: The Untold Story), Ben E. King’s Lieber-and-Stoller hit “Stand by Me,” Larry Williams’s “Boney Maronie,” and Little Richard’s smash song “Slippin’ and Slidin’.” For weeks in the studio, John immersed himself in the music that he had loved as a 16- and 17-year-old Quarryman.

One of the songs that didn’t make the cut for the Rock’n’Roll LP was the Diamond’s Brazilian-beat number, “Little Darlin’” – a track complete with castanets and lively chants of “Aye yai yai yai!” John adored this fun, quirky song so much that he began to write an original number in the same vein – a song that accented (as John often did) the two-and-four beats of each measure, rather than the customary one-and-three. Steve Hoffman on the Fav Fab Music Forum calls it a “great little track” featuring “John’s classic tendency of coming up with an oddly-timed guitar riff.” That song, of course, was “Surprise, Surprise (Sweet Bird of Paradox).”

This song definitely falls within the parameters of John’s legendary “earworm” classics – songs you hear once and cannot quit hearing in your head – such as “John Sinclair,” “Attica State,” “Power to the People,” “Give Peace A Chance,” and “New York City.” All of the components that comprise effective earworms are present in this track: appealing alliteration (“sweet smell of success”); an unusual, interesting beat; lines of lyrics that contain extra syllables or an overabundance of words (“She makes me sweat and forget who I am,” and clever wordplay (“Sweet Bird of Paradox” instead of “Sweet Bird of Paradise,” a statement about how much Pang has come to mean to John, despite the fact that she was originally intended as a substitute or “placeholder”).

Furthermore, the emotional bridge draws the listener in…and is quite unanticipated. John’s friend Elton John sings harmony on this confessional “middle 8,” and as the voices blend, the song’s syncopated rhythm gives way to the smooth flow of an earnest ballad. John openly expresses his initial misgivings about being separated from Yoko during “The Lost Weekend,” but in the bridge, he declares that much to his “surprise,” he has found the love and devotion that May offers to be a healing balm. He sings:

“Well, I was wondering how long this could go on, on and on
Well, I thought I could never be surprised,
But could it be that I bit my own tongue,
Oh yeah, it’s so hard to swallow when you’re wrong…”

“Surprise, Surprise” is standard Lennon fare: heavy keyboard supplied by Ken Ascher on clavinet and Nicky Hopkins on piano; superb electric guitar from Jesse Ed Davis; wonderful acoustic guitar work from both John and Eddie Mottau; robust bass from long-time mate Klaus Voormann; dual percussion from Jim Keltner and Arthur Jenkins, and horns manned by Bobby Keys, Steve Madaio, Howard Johnson, Ron Aprea, and Frank Vicari. Against this backdrop created by such powerhouse musicians, John added his vocals – one highlight of which was his well-managed falsetto work – and his evocative lyrics: comparing May’s  lissome, long hair to “a willow tree” or supplying the striking image of “sunlight in her eyes.”

But on top of the elements that one expects from a Lennon original, this song introduces “something new.” On his Imagine LP, John had been deeply introspective….in search of self-healing, in search of answers to his lifelong pain. Then, on Some Time in New York City, John was zealous, earnestly devoted to compelling causes (women’s rights, the freedom of Ireland, prison reform, and civil liberty). But as fans listened to “Surprise, Surprise,” they began to discover the unexpected: this John was happy. You could almost hear him smiling.

Indeed, as the song fades in the playout tracks, John reverts to his Beatles era with an insouciant reference to Rubber Soul’s “Drive My Car” as he sings, “Sweet, sweet! Sweet, sweet love!” instead of “Beep, beep! Beep, beep, yeah!” Listeners can’t help but grin as the old puckish sense of playfulness is restored. In “Surprise, Surprise,” John makes it clear that instead of malingering through his months apart from Yoko, he has instead found acceptance and peace. As Joe Gooden, author of Riding So High: The Beatles and Drugs, states on his popular BeatlesBible.com: “While several of the songs on Walls and Bridges were inspired by Lennon’s feelings of loss over Yoko Ono,  ‘Surprise, Surprise (Sweet Bird Of Paradox)’ showed how he was far from completely down and out.”

May Pang was an affirming influence on John. She encouraged him to invite his son Julian over for some much-needed father-son time together. In fact, Julian later told the London Times, “We had a lot of fun, laughed a lot and had a great time in general when he was with May Pang. My memories of that time with Dad and May are very clear—they were the happiest time I can remember with them.” May also urged John to mend fences with his former college sweetheart and later, his wife Cynthia, with whom John had had a meaningful ten-year relationship. And May fully encouraged John’s plans to meet Paul and Linda McCartney in New Orleans, to restore their long-standing friendship. In the 18 months that she spent with John, May Pang helped heal his lingering wounds.

She also served as John’s creative muse. Pang inspired him to write music, to sing, to tinker on his guitar – to believe in his music once more. With May’s encouragement, John began recording the Rock’n’Roll LP; he produced Harry Nilsson’s Pussy Cats album, and he worked diligently on the Walls and Bridges LP from which “Surprise, Surprise” is taken. May helped John organize his recording sessions; she phoned and gathered the musicians, and as production coordinator, she did whatever John needed to make those sessions successful. In fact, May was awarded an RIAA Gold Record for the important work she accomplished on Walls and Bridges.

Even more importantly, May offered John encouragement. She sincerely believed in him and gave him a sense of purpose during what could have been a very dark time. And so, John’s guarded admission that “I need her, need her, need her” at the beginning of “Surprise, Surprise (Sweet Bird of Paradox)” gradually transmuted into:

And in the words of a famous band from not so long ago:  you know that can’t be bad.