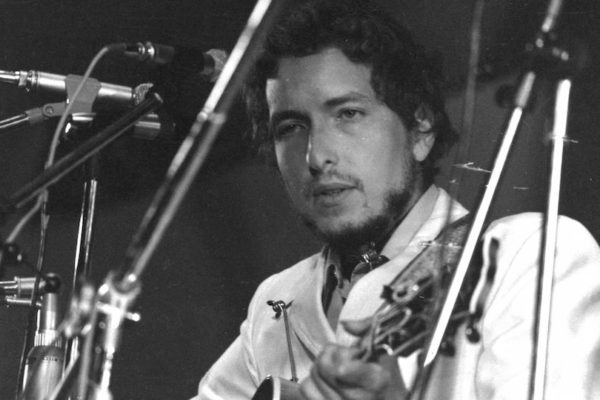 There are people known as “Dylanologists” who can quote you chapter and verse on pretty much every song Bob Dylan has ever committed to tape in his more than half-century of recording. For those people, none of these songs will be much of a mystery. Yet there are also casual Dylan fans who may only know the evergreen albums or the surprise hit singles. To get a complete picture of rock’s most masterly songwriter and most mercurial performer, you need to also know the best of the leftovers, album tracks, and recorded ephemera as much as you need to know the songs that made him a legend. Here are ten of the best.

Dylan’s earliest period is known for his protest songs — insightful and fearless. Yet he was also writing complex, tortured songs of lost love that demonstrated he had the heart to match the brains. This wistful track begins as a two-sided conversation from a woman about to make a long journey and the guy she’s leaving behind. On repeated listens, it becomes clear that the final verses belong to the man alone, requesting the titular footwear as one last memento of a shattered love affair.

Lost in the hullabaloo over Dylan Goes Electric in the mid-‘60s was the fact that he recorded three of the finest albums in rock history in a two-year span, all while touring the world. And still, he found the time to record tracks that didn’t make those albums, such as this wry dissection of a love triangle. The narrator hands off his former lover to a new suitor, and the title seems to be both an admission of defeat and, considering her wild ways, a warning. The best version is the one found on the original Bootleg Series, featuring members of The Band and left tantalizingly unfinished.

Even as his most ardent admirers scratched their heads at Dylan’s honeyed voice and country bumpkin lyrics on Nashville Skyline, the rest of the world loved it, particularly the Top 10 hit “Lay Lady Lay.” Listening to it now, the album is largely a light-hearted lark, but “I Threw It All Away” is the real stuff. Taking a cue from his idol Hank Williams, Dylan boils it down to simple expressions of longing and regret in the service of an aching melody. Succinct and stunning.

Billed as a comeback album after the willfully screwy Self Portrait, the studio LP New Morning is actually middle-of-the-road Dylan, the music a bit too reserved and the words somewhat unfocused. This track stands out though, in part due to Dylan’s unique feel for rhythm on the piano. It also features lyrics where each verse seems to belong to a different song, and yet they somehow all cohere to tell a story of domesticity’s charms winning out over peripatetic pleasure.

Dylan wrote much of Desire with Jacques Levy, who brought some theatrical structure to Bob’s wending narratives. Their collaboration resulted in a couple of epics sourced from figures in the news, but this wholly fictional tale tops them all. Intertwining stories of doomed characters on an island about to be swallowed up by a volcano, the narrator knows all about these poor fools, until the final verse reveals that he seemed to create them from his feverish imagination after seeing a Walter Cronkite news report.

Dylan has acted in westerns and wrote a few songs that seem like they could be translated into a Hollywood oater with no problem (like “Rambling, Gambling Willie” or “Lily, Rosemary and the Jack of Hearts.”) But this song off Street Legal is more of a metaphysical western, with a narrator and an unspeaking companion (who may or may not be a figment of his imagination) trapped in a metaphorical corner and deciding whether or not they should go down fighting. We never learn the outcome, which only makes it more compelling.

Infidels is the great what-might-have-been album of Dylan’s career. The officially released version finds him transitioning, perhaps a bit tentatively, back to secular material after his born-again albums. But he left some mammoth tracks on the cutting-room floor, including the masterpiece “Blind Willie McTell” and this lesser-known rocker, in which he surveys the state of the world with some of the righteous bile of the Christian albums manifesting itself in tongue-twistingly nimble wordplay.

Dylan’s ‘80s output was savaged by critics, sometimes rightfully. Empire Burlesque deserves another listen though. The songs are strong, even if the production is a little dated. And this delicate closing track brings Bob back to his roots of acoustic guitar and harmonica, singing a song that seems to be a quasi-autobiographical account of a man who is bewildered by the modern world and removed even from his adoring fans.

It’s hard to find fault with Time Out of Mind, the album that kicked off Dylan’s late-period run of excellence that continues unabated to this day. But it should have found room for this track that was recorded during the sessions. Even a submarine couldn’t burrow to the depths of the heartbreak that the narrator here endures, as he finds himself always on the lookout for a former love that nobody else can seem to remember even existing.

Perhaps it’s coincidence or perhaps it’s telling, but the finest song on Together Through Life is this, the one track on the album where Dylan took the songwriting reins all by himself without help from Grateful Dead lyricist Robert Hunter. In any case, there is a slinky rhythmic feel to this song that is reminiscent of some of the great Drifters classics of the early ‘60s. Meanwhile the lyrics spin a lonely tale of a man who lives his whole life in service of a dream that may never be realized.

PS. Dylan was always controversial, as evidenced by the Trouble No More installment in the Dylan Bootleg recordings. And of course, there was that strange bio pic I’m Not There about him…