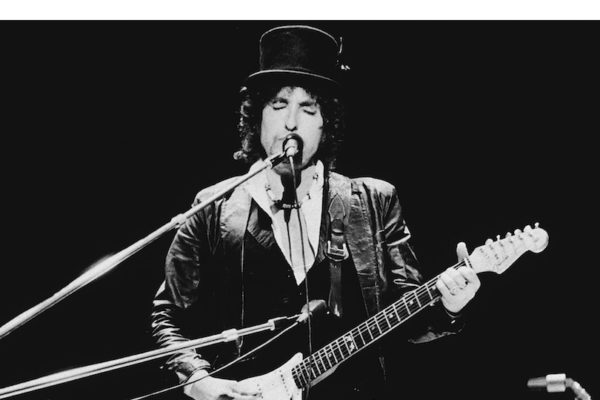 Even the most ardent Bob Dylan fan would have to admit that his so-called “born again” period is one of the most divisive parts of his body of work. Many fans dismiss the trio of albums he released from 1979 to 1981 — Slow Train Coming, Saved and Shot of Love — as unworthy aberrations, mainly due to the perceived stridency of their religious message. Shot of Love is somewhat more accepted than the others, because of a sense that Dylan’s songwriting was veering back to the secular. Still, even the late-‘80s doldrums that filled much of Knocked Out Loaded and Down in the Groove tend to be viewed more forgivingly.

As with most conventional wisdom about Dylan, this reflects a very reductive view of his work. Putting aside that these albums feature some of his very best vocals, the albums are at best an inconsistent measure of Dylan’s artistry. A consistent theme of the past five decades is that the album version of any Dylan song is simply one possible vision of what it can be. His live performances may be inconsistent, but the inventiveness with which his songs have been approached over the years is undeniable. Whether it’s an iconic hit “Like a Rolling Stone” or an obscure album track, any song can be completely remade in concert.

That principle has been a recurring motif throughout the Bootleg Series, but the latest release makes a symphony of it. Trouble No More, the thirteenth edition in the series, focuses on Dylan’s live performances from the late-‘70s into the early-‘80s. Like many of the previous releases, Trouble No More is available in both deluxe and standard editions. The standard edition features a selection of live highlights from the period, while the deluxe edition adds a pair of full concerts and a selection of rehearsals, additional live performances and other unreleased material as well as a documentary.

Though Dylan initially declined to play any of his songs written prior to 1978, by 1981 he had begun to revisit older songs in concert. For those unable to afford the much pricier deluxe version, it’s unfortunate that the standard edition doesn’t include any of those performances. However, that’s a minor complaint, because the picture comes across quite clearly in its 30 songs. Fans who were put off by Dylan’s then-current work were missing two key things. The more overtly religious material was simply foregrounding an element that had been there at least as far back as Highway 61 Revisited. More importantly, many of the performances of this era were among his very best.

While gospel music certainly informed their approach, the band rocked. Even if one isn’t attuned to the particulars of the theology, the performances stand as passionate — and often lyrically inventive — expressions of faith and conviction. Admittedly, some are easier entry points than others, especially “I Believe in You,” “Caribbean Wind” (with very different lyrics than the one Biograph) and “Every Grain of Sand.” It’s also worth noting Carlos Santana’s guitar work on “The Groom’s Still Waiting at the Altar.”

There’s no question that Bob Dylan’s music in this period was different than what came before and what was yet to come. What makes this period so enduringly fascinating is that both the artist and his fans continue to have very disparate views of what the difference was. That in itself is quintessential Dylan.