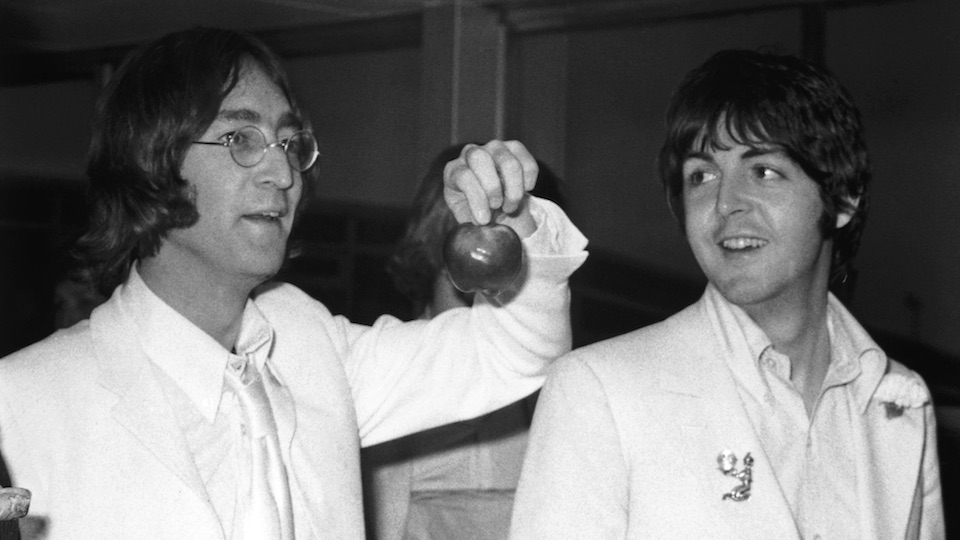 Eight months after the New York Times reported on the trend toward album covers employing “graphics, sculpture, lithography, etchings, paintings, abstruse photography and combinations of all to grab the customer’s eye,” the Beatles released The Beatles with a hyper-minimalist cover prompting fans to quickly rename it the White Album. Those interviewed in my book Beatleness: How the Beatles and Their Fans Remade the World recall being “thrilled that it was a double album,” even if that meant it was more expensive. Several remember paying for it “with lots of coins.” One lucky fan — whose parents also loved the Beatles — commented, “I was the only kid on the block who had the White Album. It was eleven bucks in ’68!”

Related: “Revolution: The Beatles Speak Out”

Bringing home a new Beatles album was always a memorable moment, “sort of like a ritual, with great suspense.” Gazing at the album covers was an important part of the experience too, and even though this album didn’t offer much to gaze at, no one was disappointed: It was the Beatles, and as one fan put it, “Who else would have the nerve to do this?”

Enter Richard Hamilton, a well-known London Pop artist whose work the Beatles admired. When the band approached him about designing an album cover, he realized it could sell as many as five million units, and immediately obliged. His predictions were right: The record sold more than two million copies in the first ten days of its release and was Number One for seven weeks.

The simple white cover, described by Beatles historian Ian McDonald as “one of the laziest ways iconic status has ever been achieved,” with its crookedly embossed eponymous title and serial number, was both art and a comment on art. It was the outermost layer of another multilayered, interactive package from the still Fab Four.

One fan recalls, “The design was mysterious, but in a different way than Sgt. Pepper was mysterious. I sensed that they were playing with us in some way.” Another remembers, “It’s like they were saying ‘there are so many songs here that all we have to do is put a white cover on it.’ Eventually, I understood that it was an artistic statement.”

Not only were fans getting two records of new Beatles music at the same time — a first — but the package also included a color portrait of each Beatle “with eyes that followed you,” and a poster. Some hung the pictures and the poster; others wanted to “keep it in pristine condition.”

Other fans, young and old, found the album “scary” and “totally weird.” One listener, age seven at the time, recalled, “I didn’t get it and I wasn’t drawn to it; some of the lyrics were disturbing.” Another, ten years older, reflected, “The music and the lyrics changed from happy-go-lucky to ‘out there.’ I didn’t care for their look or the lyrics.”

For some, it was just a matter of getting used to it: “My older brother bought the White Album when he came back from Vietnam. I was sort of afraid of side three and four. I thought it was a bit weird and didn’t like it. But then I heard it coming from my brother’s room and I liked it.”

The Beatles were once again luring young people out of their comfort zone with the promise of an intriguing experience: “I listened to it on a portable record player in the corner of the living room, with their other records spread out across the floor. I skipped ‘Revolution 9’ because it scared me. And I didn’t like the raucous ones like ‘Birthday’ and ‘Helter Skelter.’ I studied the pictures and the poster. I wanted to get the whole experience.” Another recalls, “I was confused by it and loved it. Each time I listened, I tried to figure it out.”

Despite being unsettling for some, the White Album was welcomed as the end of the “Beatles break” for those who’d sat out their psychedelic period. As one longtime enthusiast who’d been spending a lot of time with the Monkees put it, “It’s like we had a quarrel and made up.” Another recalls, “I didn’t like the Walrus stuff; it wasn’t friendly. But they won me back with ‘Hey Jude’ and then the White Album.”

Nearly everyone remembers the album as “a lot to take in,” “a smorgasbord,” or a “hodgepodge of totally different songs to explore.” One said, “It was the Beatles challenging us with their weirdness. Those thirty songs sparked a lot of conversation among us twelve-year-old kids.” Another remembered, “The album played a huge emotional role in my life, and the variety of it blew my mind. I remember internalizing the album. I thought a lot about them and their music.”

Though often considered part of the back-to-basics movement launched by Dylan’s John Wesley Harding, most listeners simply took it as the latest Beatles iteration, and some appreciated it had songs they could dance to. Fully one-third of the album offered an opportunity to dance to Beatles music—and to reconnect to that early Beatles joy.

Danceability aside, it’s not surprising that fans were drawn to the expansive collection. The record is rife with amusing characters (both human and animal), silly, singable choruses, nature imagery, and numerous direct appeals to the child in every listener. At the same time, the double-LP reflects the political chaos and bad energy of the world outside the studio.

Time magazine stated, “The album’s thirty tracks are a sprawling, motley assemblage of the Beatles’ best abilities and worst tendencies.” The record had many critics at the time, including producer George Martin, who thought the band should have selected the best fourteen tracks and made it a stronger, single album. And while others have come to this conclusion over the years, most were thrilled to hear thirty Beatles songs at once. Beatles geeks and superfans will be thrilled, once again, at the 50th-anniversary reissue in its standard, deluxe, or super-deluxe editions. The sound is enhanced and the outtakes offer a fascinating glimpse into the Beatles’ creative process. A lot to take in, indeed.

Photo Credit: John Lennon and Paul McCartney at London Airport after a trip to America to promote their new company Apple Corps, 16th May 1968. (Photo by Stroud/Express/Getty Images)

4 comments on “Thanksgiving ’68: Thankful for the White Album”