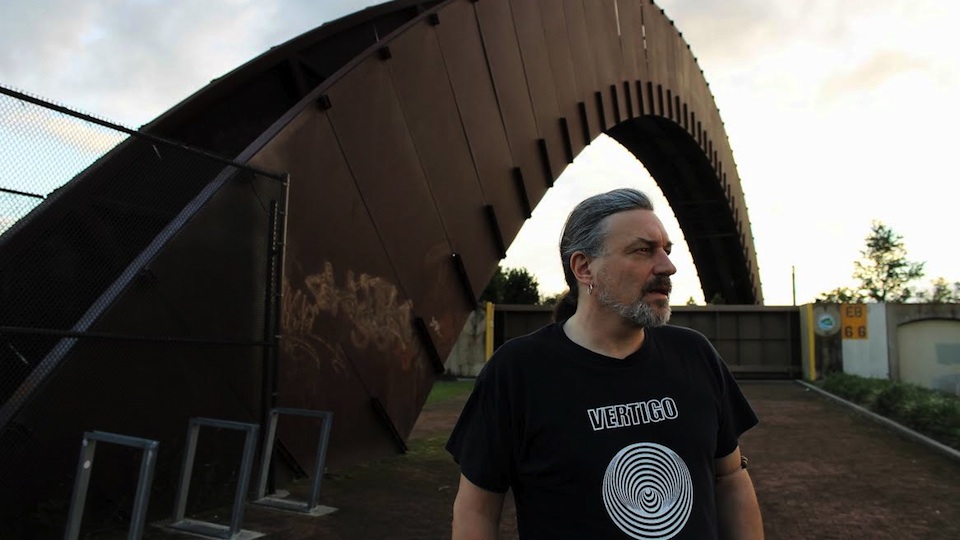 As a singer-songwriter and as a guitarist, Marty Willson-Piper has quite a nice list of bands to his credit including The Church, All About Eve, MOAT, The Saints, and Anekdoten. Now he’s back with the fourth album under his pseudonym Noctorum and with producer-collaborator Andy “Dare” Mason (who’s worked with everyone from Paul McCartney to Tina Turner to Soul II Soul). This new release, entitled The Afterlife, is actually Noctorum’s first LP in seven years — certainly a cause to celebrate and get on the phone with him for a quick interview to discuss the album and his influences over the years.

Q: There’s something perpetual about The Afterlife as a title. Does it correspond to the album as a concept?

A: Well, let me think. I love a profound question. But let me consider the consequences regarding individual songs. When you make a record, it can be a collection of individual songs or a thread that brings them all together, so it can be subconscious. Everything is kind of fatalistic on the record. Death and the idea of an afterlife is fatalistic and conceptual… Kind of hard just to write about on a breezy, easy level.

Q: What was the impetus for this new album?

A: We were always planning to make a record, but we have busy lives — go in our different spaceships, different parts of the galaxies, then come back to Penzance where the studio is. By the time we’ve been there, on and off, it’s taken three years. We work together when we have time to put ideas together… Right now, I’m in Germany and still listening to as many types of music as I can. Olivia, my wife… her dad’s listening to a German channel with blues-rock and I’m into it. And then I’m like, “I want some Syd Barrett.” [Laughs.]

Q: From the layered guitars and instruments, The Afterlife sounds like a progressive rock album in the most complimentary sense. Is it fair to call it that?

A: Prog is always complimentary, despite my love of Motown. Albums, like The White Album, [are] eclectic to the extreme. All Noctorum albums want to be eclectic. Joni Mitchell said something amazing: “Music journalists, they trap you in your era”… I have to listen to all kinds of music. If progressive means funny arrangements and long songs, there’s a bit of that — some light stuff and dark stuff.

Q: “A Girl With No Love” is wonderfully psychedelic. Is it meant as a return to the ’60s?

A: I’m from Liverpool, so [I] love all The Beatles albums. It’s a bit more Thin Lizzy than The Beatles. I know all the Beatles albums backwards… On The White Album, John Lennon goes from “Julia” to “Revolution 9” and Paul McCartney goes from “Ob-La-Di Ob-La-Da” all the way to “Helter Skelter”… Do you know what the song [“A Girl With No Love”] is about? It’s basically about isolation, loneliness, [and] the opportunities for sex robots… But it wasn’t really a 1966-style song.

Q: When it comes to songwriting, how do you collaborate with Dare Mason?

A: There’s no real rules… I play most of the guitars and three quarters of the bass. Dare plays some of the keyboards, some bass and guitars. I can play some drums. But generally we get in a drummer. Dare’s contributions are sitting at the mixing desk — me playing guitar, me playing bass… Dare’s the more pop oriented — in the ‘60s sense rather than the modern sense… I’m more into the tricky songs. I like writing lyrics for those. He wrote the lyrics and sang two on the album; I wrote eight. He’s amazing in the studio… When I get an idea, I’ll rush into the studio and he records a rough idea, as it develops and figure the arrangement. [Once] we figure out the lead vocal, he’ll come up with a great backing vocal. McCartney was a great one for backings, especially on Lennon songs.

Q: Talking about The Beatles, Liverpool was still seeping into their music even by Revolver and Sgt. Pepper. Does that city still seep into your music?

A: I grew up in Liverpool as a teenager. It’s a powerful little place: Liverpool… I was twelve when the Beatles broke up. The influence of The Beatles was huge. When I was 12, 13, 14, [I] started listening to Hawkwind, Genesis and saw like a hundred bands between 1973 and 1979: Golden Earring, Can, all kinds of groups. When I thought of leaving Liverpool for London, Dare was in university in London. I followed. And then New Wave hit. We listened to The Police, the whole lot. And I never lost the taste for the experimental rock or progressive rock. I found myself listening to Van der Graaf Generator followed by The Pretenders. I was completely willing to love the New Wave while still loving experimental German rock [like] Amon Düül and Neu! and Can. Can became a massive influence. No journalist has given them a bad review.

Q: I’d like to ask you about the hypnotic guitar hook on “Under The Milky Way.” How do you achieve that?

A: Everything about that song is hypnotic. I played the acoustics, one down on an A minor, and then there’s a capo on the fifth fret and that created some kind of mood. Then there’s the electric parts. It sounds like a slow song. But it’s actually quite a fast one.

Q: Would you like to tell us how PledgeMusic helped this particular musical journey?

A: We’ve had a great reaction to… support with finances… the tons of expenses to make a record. It’s money to survive, money to write the record. You don’t just spend weeks in a studio. There’s travel, surviving, paying the rent, working. PledgeMusic is a huge help for that… It’s “support the arts” dot-com in a way and basically says, “This is something you might be interested in: a piece of art.”