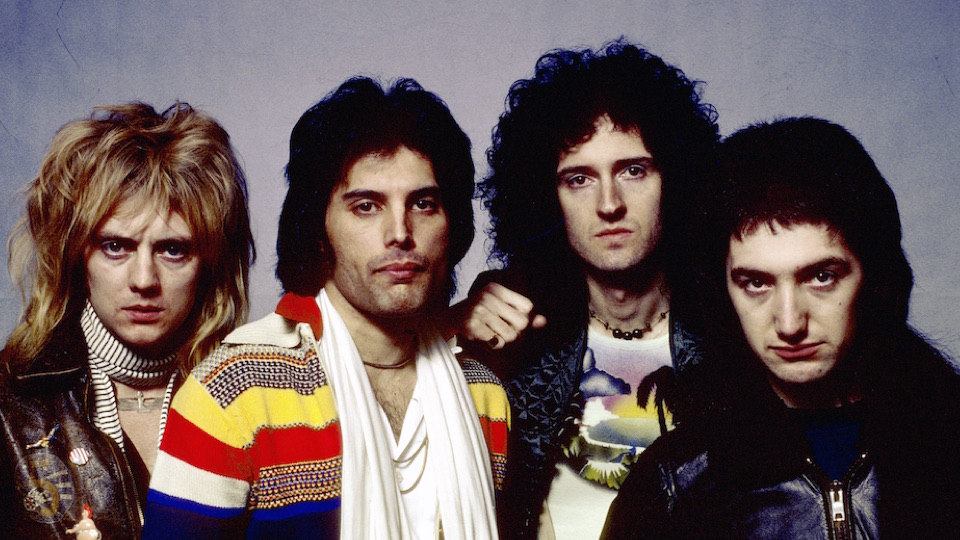 The runaway success of the film Bohemian Rhapsody, despite the snubs of movie critics, should tell you something about the enduring appeal of Queen. The movie places its focus on Freddie Mercury, but this was the rare band with four vivid performers and accomplished songwriters, each pitching in equally. Brian May’s skyscraping guitar work, John Deacon’s funky bass, and Roger Taylor’s dramatic drumming (and underrated backing vocal talents) combined with Mercury’s innate theatricality and undeniable charisma created something unique. Queen was equally at home tackling rock, dance, R&B, and, yes, opera — sometimes within the confines of a single song. The biopic understandably concentrates on the hits. Here are some equally deserving yet somewhat underplayed songs from the band’s catalog.

Although Queen’s first two albums contained flashes of what would make them so special in years to come, like many bands, it was their third release where things really started to come together. Sheer Heart Attack was known for its more focused rock intensity, leaving behind some of the prog-rock touches of the band’s first two albums that never really suited them. It also left room for Mercury’s touch with ballads like this one, which the band imbued with rock flourishes to keep things from getting too soft.

Ouch! Mercury may be beloved, but you certainly didn’t want to cross him. Apparently, this leadoff track on A Night at the Opera was a swipe at Queen’s former manager. It was so bilious that it spawned legal proceedings. Yet if you put all that aside, the band is firing on all cylinders on the track. By the fourth album, which would spawn the hit that would change their careers, they had found a formula for dramatic rock that truly set them apart from their peers, and “Death” is an excellent example of it.

Brian May doesn’t get enough credit for his skills as a songwriter within the band. (For that matter, neither do John Deacon or Roger Taylor.) His occasional steps out in front as lead singer might have been a little straightforward compared to when Mercury would take things into idiosyncratic territory. But his melodic sense was unerring, as evident on this single from A Day at the Races which didn’t find much success. Too bad, because it’s thoughtful and catchy.

News of the World was dominated by the one-two punch of “We Will Rock You” and “We Are the Champions,” leaving hardly any breathing room for any singles released in their wake. Hence, this longest track on the album got little love on radio, especially once it was edited with a hacksaw to single’s length. Written by May, it features some of his grittiest guitar work and forces Mercury to go for the rafters with his vocals (always a good thing) because of the bulky music behind him. Those layered backing voices always sound fantastic as well, no matter the context.

Jazz followed up News of the World and was a bit of a wild mélange, even though it featured some fine singles. Queen truly hit its stride again with 1980’s The Game, probably the band’s best album top to bottom. The singles are slick and sharp, but the album tracks feature some excellent surprises as well. This funk workout features a relentless rhythm assault, as May joins Deacon and Taylor to lay down the fire-breathing foundation. Mercury is right in his element, of course, but the instrumentalists get to star here.

Another song in which May takes the spotlight, this one tells the tale of a young girl growing up too fast while her brother watches her with a combination of wonder and dismay. It’s ground that was covered to much popular success a few years down the road by Night Ranger with “Sister Christian.” The Game was an embarrassment of riches in terms of radio-ready tracks, so perhaps it’s understandable that this one didn’t make the cut as a single. But it still stands as one of the most moving songs in the band’s catalog.

After the massive success of The Game and “Under Pressure” (1981’s triumphant collaborative single with David Bowie), perhaps it wasn’t surprising that Queen was in for a letdown. Hot Space is blamed by some for being too dedicated to dance music, but the problem wasn’t the genre. The songwriting just wasn’t as sharp as it had been. This song is an exception, featuring Deacon’s smooth instrumental backing and Mercury’s falsetto. That’s all that’s really needed to make it a lovely diversion from some of the more laborious efforts elsewhere on the album.

Their momentum somewhat broken, Queen would never again rise to the chart success of the late ‘70s and early ‘80s. Yet they still continued to churn out fine, varied product for the remainder of the ‘80s. From The Works comes this rockabilly gem. So what if it isn’t all that dissimilar from “Crazy Little Thing Called Love?” Mercury clearly loves the setting, so why not go back to it? Session player Fred Mandel does a little Fats Domino on piano to amp up the throwback vibe.

Most people know that Mercury was a tabloid target in the late ‘80s as he fought his secret battle with AIDS. But May also faced some of that heat in Great Britain as he dealt with a divorce. He channeled those frustrations into this scorcher from The Miracle. Queen, always willing to adapt to modern sounds, makes heavy use of synths and samplers here. But the band still summons the old toughness in the music, while Mercury’s vocals defiantly win the day.

This song was recorded for The Miracle but couldn’t be included because of publishing complications with May’s co-writers. It packed even more emotional punch when it was finally released on Made in Heaven, which was the album the three remaining members cobbled together following Mercury’s death. Regardless of when or for whom it was written, Mercury owns it in the end. In lesser hands, it could have been treacly, but he wrings nuance out of the lyrics that deepens the song immensely. One more shining performance from arguably rock’s all-time greatest vocalist.

Photo of QUEEN circa 1977: NASSAU COLISEUM Roger TAYLOR and Freddie MERCURY and Brian MAY and John DEACON, (Photo by Richard E. Aaron/Redferns/Getty Images)