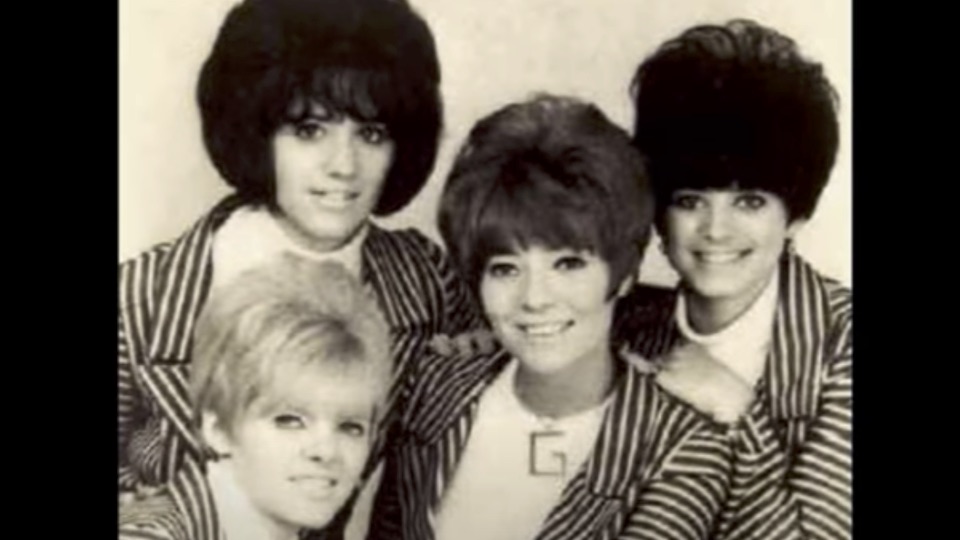 If Genya Ravan had applied for employment at WJM-TV and met Lou Grant after Mary Richards’ job interview, Lou would’ve cried: “Just what I need.  Another girl with spunk!”

And like Mary, Genya also threw a hat — but into the rock ‘n’ roll ring to carve out a long career. It began on a dare at Brooklyn’s Lollipop Lounge where she got onstage and sang with The Escorts, a group that included Richard Perry (who later produced Ringo’s first album, Nilsson Schmilsson, and Tiny Tim’s God Bless Tiny Tim).

The Escorts were so impressed with Genya’s powerful pipes, that they put her in their band.  They went on to have a #1 hit (albeit, in parts of the Midwest) with “Somewhere” (from West Side Story).  After touring in the heartland, Genya longed to see more than the bright lights of Sheboygan so she left and regrouped in New York to form an all-woman rock band.

Genya met Ginger Bianco in a Greenwich Village bar and was shocked and awed that Ginger drummed.  As Genya explained, “This is the ‘60’s.  Mothers wanted their girls to play piano, violin—Drums?!  What mother is going to get a snare drum for her kid?”

The (then) two-woman band brainstormed and called themselves Goldie and the Gingerbreads.  Goldie was the name used for Genya by her mother and Gingerbreads featured Bianco’s first name.  Goldie struck more aural gold when she brought in crackerjack guitarist Carol MacDonald and the mind/ear-blowing organist Margo Lewis.

Word got out about the soulful Gingerbreads and they started making major bread (thanks to their mobster manager) by performing at high-priced parties.  It was at a soiree for Andy Warhol superstar, “Baby Jane” Holzer, that they met the Stones and Ahmet Ertegun, chairman of Atlantic Records. Ahmet signed them to Atlantic subsidiary label, Atco, making them the first all-female rock band to sign to a major label only for Atlantic to virtually forget they were on their roster.

But Keith Richards remembered them and notified his buddies in the Animals.  As Genya tells it:

“We were working at the Wagon Wheel [a club in Times Square] and [Animals’ manager] Mike Jeffery, Eric Burdon, and [guitarist] Hilton Valentine were walking down the street.  And they thought we were black.  Eric said, ‘Ooh, it’s a gospel group!  Let’s go in!’  They go in and they’re in absolute shock.  Next thing I know, Jeffery says I want to bring you over to England.”

And like a certain TV theme song’s lyrics, all thought they were going to make it after all—and almost did.

The “Breads” opened for the top acts of the day; including the Stones, Animals, Kinks, Yardbirds, and Hollies.  The Kinks’ Ray Davies even gave them the song “Look for Me Baby;” that the Kinks recorded for their Kinda Kinks album.

Rockers adored the band—particularly Margo’s playing.  The Who and Kinks’ producer Shel Talmy, who also produced the Gingerbreads, gushed:

“Margo was one of the best Hammond organ players I’ve recorded.  Margo, doing double duty, also provided the bass on the organ pedals, a feat which when done well is akin to that old saw, the ability to rub your tummy and pat your head at the same time.”

But even though the band played R&B, their management foisted upon them the fluff piece, “Can’t You Hear My Heartbeat.” Genya moaned to their management:  “The song is so white.  I can’t stand it!”  Their Alan Price-produced version got to #25 in England.  Alas, Herman’s Hermits released their version two weeks earlier; which went to #2 in America.

While the Hermits soared on the charts, the Gingerbreads’ career crash-landed due to the usual band-busting reasons: too little money and too many intraband rivalries.  Genya believed her bandmates were jealous that the press went to her for an interview or a picture and not them.

“They would say ‘Goldie to appear at such and such a place’ and I believe it irked the girls.  If the Stones would have felt that way about Mick…because they’d say Mick to appear on ‘Ready Steady Go’ and so on.  I asked Bill Wyman, ‘How did you feel about Mick’s name being up there for everything?” He said, ‘We’re happy that there’s a star in the group because if we stick together long enough, we’ll all be stars.’  Now that was the right way to think!”

The band soon went their separate and/or solo ways.  Carol and Ginger formed Isis, an all-woman horn-rock band in 1972. Lewis joined a few years later and today owns the talent agency Talent Consultants International Ltd.  Carol, who became openly gay after leaving the Gingerbreads, lamented that coming out of the closet likely halted Isis’ shot at commercial success.  She died in 2007.

Genya became the lone woman amongst nine musicians in her group Ten Wheel Drive.  In addition to releasing her own albums, Genya produced Ronnie Spector’s first solo effort called Siren and Young, Loud, and Snotty by the Dead Boys.

“The first thing Lou said to me after we’d been introduced was: ‘My grandmother bought your records years ago.’  I looked him in the eye and said, ‘Well at least someone in your family had good taste in music.  What happened to you?’”

2 comments on “The (Almost) Golden Days of Goldie & The Gingerbreads”