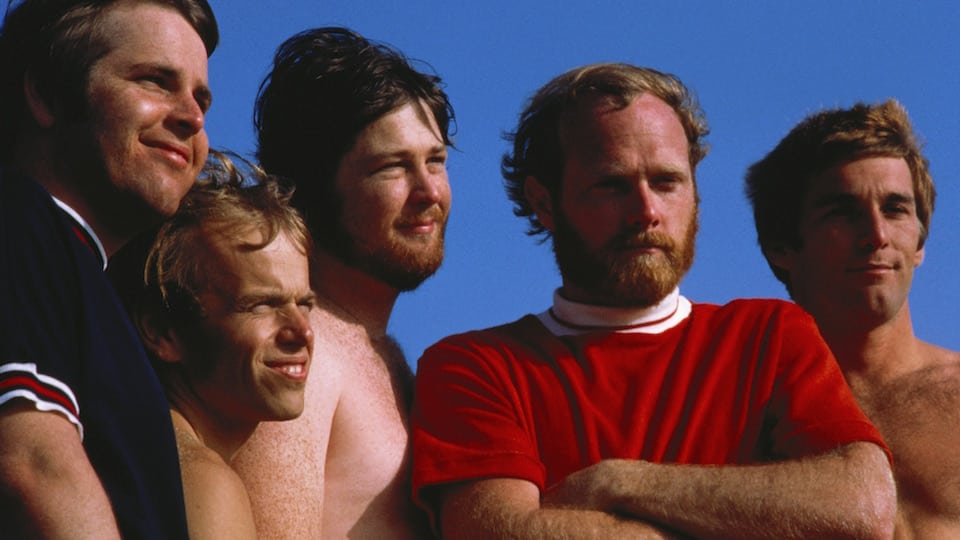 Led by creator-genius Brian Wilson, the Beach Boys initially broadcast an idealism for what music can be at its best: good vibrations. Their distinct sound, rich harmonies, and progressive songwriting helped pop music advance during one of its most revolutionary chapters. However, over their 50 years together, the band also endured extremely troubled times as the group collapsed internally while at the peak of their powers because of in-fighting, questionable marketing, and mental health issues. And while they may never have coalesced with the magic of their Golden Years, the band has created a rich body of work that spans five decades. Here’s how their finest albums rank.

It’s no coincidence that the last album focused on beach culture was the first to exhibit Wilson’s sophisticated songwriting as the band ditched the traditional four-piece set-up and expanded the instrumentation to include organs and xylophones. All Summer Long is the last great album of The Beach Boys’ first phase, showing a balance of naïve optimism and dynamic evolution. Highlights: “All Summer Long,” “We’ll Run Away,” and “I Get Around”

The short-lived “Brian’s Back” renaissance of the ‘70s found him back in the studio after years in seclusion. Love You features synthesizers and atypically outlandish lyrics — the complete opposite of what listeners expected. Love it or hate it, you’d be hard-pressed to name a more distinct album in the Beach Boys catalog. Highlights: “Mona,” “Johnny Carson,” and “The Night Was So Young”

This one helped lay the foundation for the 2012 reunion commemorating the band’s 50th anniversary. The first Wilson-led project in 35 years, That’s Why God Made the Radio fuses the trademark sound with a new age vibe. The LP culminates in a hauntingly beautiful Pet Sounds-esque trilogy (which doubles as Wilson’s thinly veiled send off to the group). Even without Brian’s brothers Carl and Dennis, this album gives a glimpse of what might’ve been. Highlights: “Summers Gone,” “From There to Back Again,” and “That’s Why God Made the Radio”

Signature harmonies, the ‘70s rock scene, and Americana themes combine for a solid nine-song offering with virtually no assistance from Brian, thanks in part to the new addition of singer-guitarist Blondie Chapin and multi-instrumentalist Ricky Fataar. Frankly, long-time group members Carl Wilson (‘The Trader’) and Mike Love (‘California Saga’) have rarely been better. Highlights: “Sail on Sailor” “California Saga (Big Sur/Beaks of Eagles/California),” and “The Trader”

1965 saw a full-blown creative rivalry between the Beach Boys and The Beatles, a neck-and-neck race that pushed Wilson as a songwriter. Hits such as “California Girls” and “Help Me Rhonda” skyrocketed the band up the charts and served as a prelude to Pet Sounds with complex (and influential) orchestral arrangements. Highlights: “California Girls” “Let Him Run Wild,” and “You’re So Good to Me”

Once Brian’s father Murray let go of managerial control, Brian spread his wings. He quit touring and concentrated on working in the studio. Wilson’s use of studio musicians allowed him to think beyond the limitations of his band-mates’ skillsets. The result? Arguably the most commercially appealing and consistent release in the Beach Boys canon. Highlights: “Do You Wanna Dance?,” “When I Grow Up (To Be a Man),” and “Please Let Me Wonder”

With Brian Wilson in a reduced role, the early ‘70s showcased the Beach Boys as a collective including new manager Jack Reily who doubled as producer and songwriter. A stark contrast to the band’s wholesome sound from the ‘60s, Surf’s Up can be split into two movements: the first is a group effort with politically-progressive lyrics; the second, an exposed three-song suite by Wilson which reflected the depths of his mental illness.”
Highlights: “Feel Flows,” “Til’ I Die,” and “Surf’s Up”

With a handful of commercial failures straining the group’s finances, a success was badly needed and Sunflower fit the bill. After a year and a half working to perfect the product, the boys put together a track selection no label could turn down. Sunflower captures the raw essence of The Beach Boys, in part because it’s so collaborative. Pitchfork calls it “the definitive post-Pet Sounds album.” We agree. Highlights: “Slip On Through,” “Add Some Music to Your Day”, and “Forever”

Pop music’s most infamously abandoned project was supposed to take Pet Sounds to the next level: a Sgt. Pepper-like journey through the history and landscape of America. Sadly, this massive experiment was shelved then eventually stripped down for its parts (most notably, 1967’s Smiley Smile). In 2004, Smile was released as a Brian Wilson studio album then snagged a Grammy. Then in 2011, The Smile Sessions came out which documented the process even further. Rarely has an album had (and deserved) so many iterations. Highlights: “Heroes And Villains,” “Cabin Essence,” and “Good Vibrations”

What’s there to say about Pet Sounds that hasn’t already been said? It’s easily one of the most studied and appreciated albums in pop despite initially underwhelming sales. Pet Sounds changed the landscape of popular music forever. For the better. Highlights: “Wouldn’t It Be Nice,” “God Only Knows,” and “I Just Wasn’t Made For These Times”