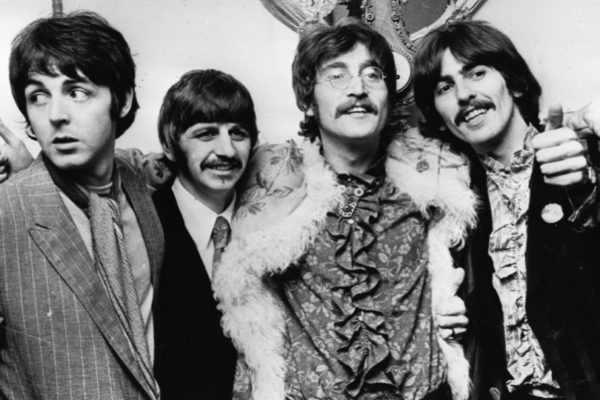 Quick, name the most avant-garde member of The Beatles. If you said Ringo, you and I should have a serious discussion. Certainly, George Harrison brought Eastern music to the group, so that was unique. And John Lennon did contribute one of the oddest tunes to the official Beatles catalog with “Revolution 9” on The Beatles (White Album). That over-eight-minute cacophony includes random noises, clips from radio shows, babies crying, and so on. It confused some and amused others, but generally became the talk of the music community.

However, in reality, the first band member to toe the cutting edge was Paul McCartney who enlisted his bandmates in what would be called “Carnival of Light.”

In 1967, The Beatles were just beginning sessions for songs, many of which would appear on Sgt. Peppers Lonely Hearts Club Band. During a break from recording “Penny Lane,” Paul asked the group to “indulge him for ten minutes.” According to Paul, he directed his bandmates by saying, “All I want you to do is just wander around all of the stuff and bang it, shout, play it. It doesn’t need to make any sense. Hit a drum, wander to the piano, hit a few notes…and then we put a bit of echo on it. It’s very free.” The result was the longest uninterrupted Beatles song; a nearly 14-minute collection of odd sounds, phrases, and interludes more disjointed than Lennon’s “Revolution 9.” But why? And why is it one of the most sought-after unreleased Beatles recordings?

The catalyst was Paul’s inclusion in an event called “Million Volt Light and Sound Rave,” held at the Roadhouse Theater in North London in 1968. The International Times – considered an underground newspaper – organized the event and invited a variety of artists to participate. David Vaughan, a then-well-known designer, had just painted a piano for Paul that included a psychedelic design (surprising!), and upon delivering it asked Paul if he would contribute material for the event. The event would, of course, benefit from the advertised inclusion of a Beatle, who would be contributing an unreleased song.

Paul was reluctant, especially after he asked his bandmates who were…well, not receptive. George thought the whole idea was rather silly, and John suggested that avant-garde was “French for bullshit.” Nonetheless, they agreed to record it with Paul.

The recording itself is across four-tracks, as was customary at the time. The various tracks include specific categories of sounds. For example, one track features Paul and John yelling random words and phrases at each other, like “Barcelona!” and “Are you alright?” Another track contains church organs, sounds of someone gargling, and super-echoed tambourines, and another contains a very distorted electric guitar. The recording ends with Paul asking, “Can we hear it back now?” There’s no structure to the music, no beat, and no cadence.   After the very end, Paul breaks into an early version of “Fixing a Hole” (although he asked the organizers to stop the tape before that last bit).

Paul completed the work and delivered it to the show organizer.  He then skipped the event and instead went to see a Four Tops concert with George at the Royal Albert Hall. When he later heard that the recording had been played repeatedly and been allowed to play past his designated ending point, thus giving listeners a peek at a forthcoming song on Sgt. Pepper’s, he was quite unhappy. But in reality, the audience responded with a collective shrug and it was generally derided.

When Paul asked producer George Martin to officially release the recording or include it on the next album, Martin refused, stating that it was not worthy of being released as a Beatles song. Later, Lennon went on to create “Revolution 9” on The Beatles (White Album), a far more popular song, and no one spoke of Paul’s effort after that.

Over the years, Paul did rekindle interest in “Carnival of Light,” but it was never officially released. In 1995–1996, when he and the two remaining Beatles were pulling together Anthology I and II, Paul again attempted to include it. He was rebuffed once more, his bandmates calling it “rubbish.” Not taking the hint, in 2001 Paul suggested he would release it as part of a photographic history of The Beatles he was working on, but that project never materialized. In 2016, Paul again teased a forthcoming release of the recording on the remastered 30th-anniversary release of Sgt. Pepper — but the song again missed the boat.

At this point, the song has become such a mystery that releasing it could be anti-climactic. Paul’s main claim about it is that he “did it before John Lennon.” Nonetheless, “Carnival of Light” remains the only completely-produced but unreleased Beatle song.