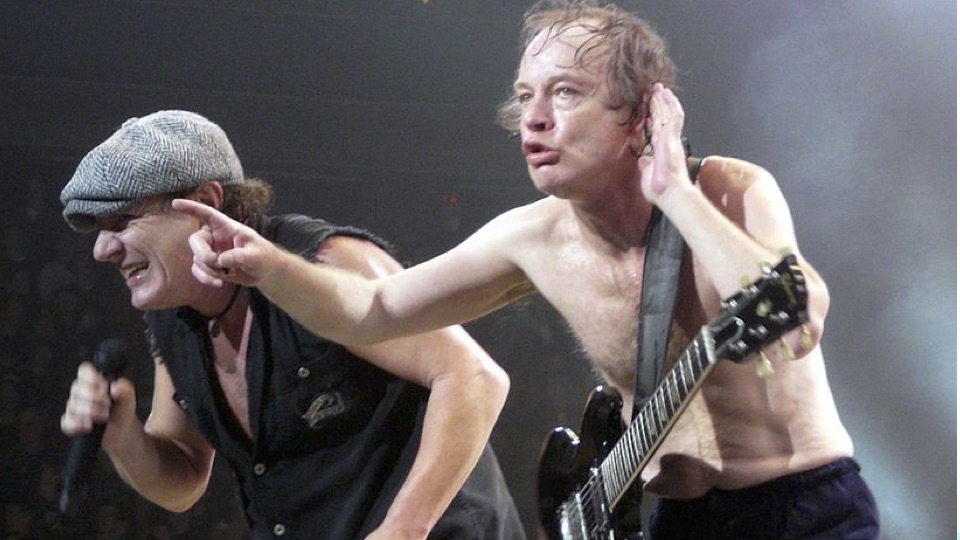 There have been plenty of rock n’ roll tragedies, but when you consider the mill that AC/DC has been through over the decades, it’s clear they pretty much take the cake for endurance under pressure.

Your Fleetwood Macs and your Jefferson Airplanes have been through all kinds of mix-ups, but the Aussie rockers have endured very different kinds of drama over the years. Unbelievably, we just passed the 40th anniversary of Back in Black, argued by many to be the band’s most iconic LP, and what — at the time — was considered a brave new step in a whole new direction. Sadly, that “new direction” was forced upon them.

The End of an Era

Bon Scott’s shocking death at the very start of the ’80s kick-started a decade of musical drama quite unlike any other. Rock had lost one of its most rambunctious frontmen, less than a decade after we lost Jim Morrison. Scott’s passing left a huge void in emerging plans for AC/DC, with the band having headlined alongside the likes of Judas Priest and Def Leppard. Highway to Hell had reached Gold status in the US, and it’s safe to say that the 1980s were full of promise.

That was, until 18th February 1980. Sadly, Scott’s demise from alcohol poisoning became something of a cliché for rock n’ roll excess. The band was now left with a conundrum. What were they going to do without a lead singer? And not just any singer, mind you – but an enormous character like Scott?

AC/DC was certain to get the blessing of Scott’s father to continue the band and pursue a new lead singer. Yet, who would dare step into Bon’s shoes? Also, how would the fans react to a change? Did the show really have to go on?

Brian Johnson would eventually take up Scott’s mantle. The singer, who had fronted the band Geordie for a time, had beaten out potential frontmen including Slade’s Noddy Holder. Johnson was the man for the job, despite having auditioned twice, and been placed on what was essentially a six-month probation.

A few months after Scott’s tragic passing, AC/DC finalized Back in Black with Johnson at the helm. Engineer Tony Platt noted that Johnson and Scott’s voices could not have been more different. “Bon’s voice was extremely quirky – Brian’s was sheer power,” he recalled.

While Back in Black marked a shift for the band, many fans feel that the album built on the groundwork Highway to Hell had laid down earlier. As such, both albums are revered as among rock’s best.

For the band, Back in Black was less about marking a new era and more about paying tribute to their fallen frontman. Before his passing, Scott had been gearing up to record new material with his bandmates, and Angus Young has said that working on the album was pivotal in helping himself and his brother Malcolm deal with their grief.

Back in Black gave birth to some of the most enduring rock anthems of the past four decades. “You Shook Me All Night Long,” “Hell’s Bells” and “Have a Drink on Me” remain full of the riotous vibe the band is so well-loved for. Johnson had found his niche, one he would embrace right until the end of the 2010s.

AC/DC’s ups and downs provide enough material to fill multiple column spaces. Back in Black, however, is always likely to be the cornerstone of their story.

Sadly, while they continue pressing ahead, tragedy hasn’t ended for the band. In 2017, bass player Malcolm Young passed away after a period of ill health. In 2015, drummer Phil Rudd would fall afoul of the law, pleading guilty to charges pertaining to death threats and drug possession.

Johnson, too, would step away from the band in 2016 on doctor’s orders. Hearing problems afflicted the singer, though he confirmed that these were as a result of his motor racing enthusiasm, not his three-plus decades with AC/DC. Controversially, Guns N’ Roses frontman Axl Rose stepped in for Johnson for some live shows, although he was generally well-received by the crowds.

However, if word from Twisted Sister’s Dee Snider is to be believed, we may be seeing a new collection of songs from AC/DC by the end of the year, perhaps 2021. The tastiest morsel of this rumor is the fact that Johnson may be back.

Regardless of what happens next, Back in Black deserves all the birthday praise it can get. With the band having recently unveiled a series of documentary footage for fans to enjoy, their winding “highway to Hell” isn’t over yet.