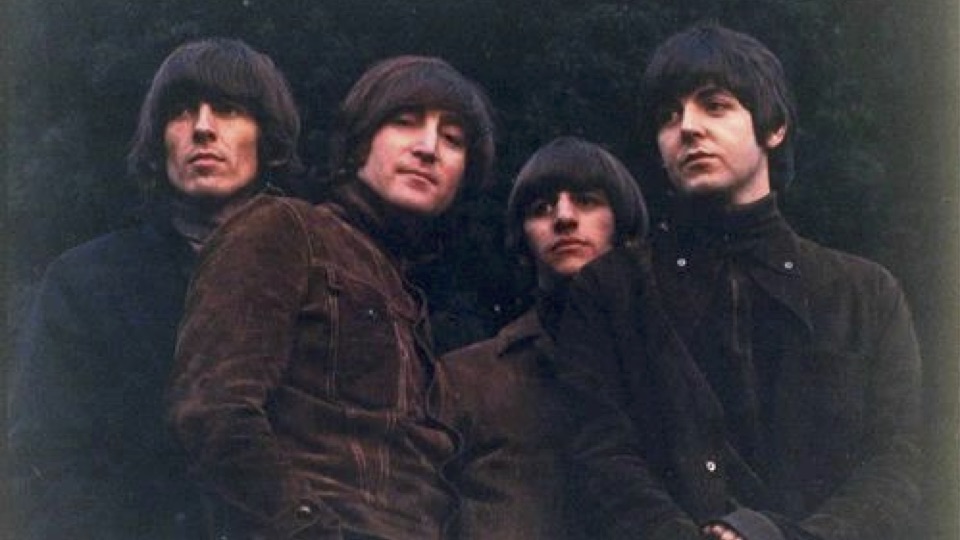 Rubber Soul made it to #1 as soon as it was released. While the version released in England was their actual recording release, Capitol Records decided on their own mix. This album burst open the door to completely different and eclectic sound profiles.

We start with the songs of Side 1 (Side 2 picks will be featured in a separate post).

Paul started this song but got stuck and leaned on John to bring it to fruition. As young, adoring fans learned years later, “drive my car” was an old blues euphemism for sex. The Beatles loved double entendre phrases and employed them in several other songs. A typical Paul rocker with blues notes, the song is marked by a more prominent bass line than prior albums.

I found at least 13 covers ranging from the Jonas Brothers to Bobby McFerrin to The Donnas, who were featured on the tribute album This Bird Has Flown. The variety ranges from near-perfect covers, to pure acoustic, to a blues/soul instrumental, to a Capella and finally, a “We Are the World” tribute version with a cast of music stars.

My choice for the cover is from The Jonas Brothers. They preserved the tone, tempo, harmonies, guitars, and keyboards perfectly. Oh, they played it in front of Sir Paul and President Obama, too.

John admitted that this song was about an extramarital affair. While mostly a John song, Paul did take credit for burning down the house at the end. The most striking element of the song is the introduction of the sitar, played by George, into a Western pop/rock song. It would not be the last time the sitar made appearances in Beatles’ songs.

Various sources brought up at least 40 versions of “Norwegian Wood” with even more diversity than “Drive My Car”. The variety is staggering, ranging from pure acoustic to jazz to big band to hip hop. Some very famous artists did covers or played it live – U2, CS&N, Peter Frampton, Judy Collins, The Allmans, and Alanis Morrissette.

My choice is from Cornershop, a British band, who included a sitar and sung the song in Punjabi. They preserved the feel and sound of the original very well. George would definitely approve of this version.

You Won’t See Me

As it was with several other pieces in 1965 and 1966, Paul wrote this with Jane Asher in mind. It’s not clear if they were actually on the rocks at this time, but the song discusses problems of communication and boredom. This is the only song on Rubber Soul that eclipses the 3-minute length barrier. The harmonies are awesome, and Paul’s voice is double-tracked.

“You Won’t See Me” is covered by only 9 artists with a very young Bee Gees joining Brian Ferry, Dave Matthews Band, Anne Murray, and Robert Palmer.

I give the Bee Gees the nod for this song. They preserved the harmonies beautifully and the rest of the music is a near-perfect replica.

John acknowledged that “I’d actually stopped trying to think of something to write. Nothing would come. I went for a lie down, having given up. Then I thought of myself as Nowhere Man – sitting in his Nowhere Land. ‘Nowhere Man’ came, words and music, the whole damn thing.” Paul recognized it as one of John’s best songs. As only he could, John brought us into his world, mind, and thoughts. John’s introspection becomes ours. His vocals are quite haunting throughout.

There are 24 covers of “Nowhere Man” out there. The Bee Gees join Bob Dylan, Vikki Carr, The Carpenters, Natalie Merchant, Randy Travis and Yanni as headlining artists doing covers. Vikki Carr gives us a piano bar variant, which works well. John would have loved Dylan’s version – it was so Dylan.

No cover was able to fully replicate the beautiful simplicity of a 4-man band and the crisp sounds of John’s & George’s guitars. I’m going with Sherbet’s live version. The harmonies are excellent, the guitar work meticulous, and the finale is perfect.

“Think For Yourself” is a breakout lyrics song for George Harrison as he began his move away from love songs as John and Paul had been doing. George can’t recall who or what he was writing this about … a love interest or the government. If it was the latter, it precedes “Taxman” in the politically aware genre! Like “Nowhere Man” the lyrics are influenced by his time with Bob Dylan. The fuzzbox used on the lead guitar and Paul’s bass gives the song a great edge.

There are only 4 covers for the song. Yonder String Mountain Band made the This Bird Has Flown album with a country-ish version that adds a banjo to the mix. Coope, Boyes, and Simpson do a cool a cappela version on the Rubber Folk album.

I selected Yonder String Mountain Band … mostly because of the fuzzbox on their guitar. And, the banjo, of course! Great strings work throughout the song.

As John continued his journey into thoughtful lyrics and his vision of the world, we are introduced to the theme that The Beatles would grab as theirs forever – “love”! “It seems like the underlying theme to the universe. Everything that was worthwhile got down to this love, love, love thing.” Two years later, John would write “All You Need Is Love”, the quintessential statement of The Beatles “love and peace” philosophy. This cemented them as gods for 1967’s Summer of Love.

There are 5 covers for “The Word” and none of them attempt to be perfect replicas. We have a very soulful version by Bettye LaVette that is worlds away from the original. Mindy Smith’s version made This Bird Has Flown and is well done. There’s no clear standout.

I chose Giacomo Bondi for a groovy version that the hippies of the mid-1960s would love. It sounds like a collision between Motown and the funky 80s. But it captures the essence of the song.

“Michelle” was written when Paul was a student at the Liverpool Institute of Art. Paul sang “Michelle” years later at a party hosted by one of John’s teachers and improvised the French words to attract women – which they were known to do in those years. During the Rubber Soul sessions, John reminded Paul about his “French thing” that he did at the parties. John was fond of the song. Paul took the melody and reworked the words with a French teacher.

“Michelle” is one of the more covered tracks in the Beatles’ repertoire. It comes in 12th on Wikipedia’s list with 36 covers. As a song, it’s open to myriad interpretations and that is what I found. From instrumentals to jazz and big band to great copies and even heavy metal, it’s a hard choice. The most unique versions are also extreme in some ways.

It took listening to the 45 covers before I selected the one done by The Yellow Subs. They do a very clean replica with excellent guitar and vocals. The honorable mention list could go on forever. Pedro Aznar does an excellent vocal with solo guitar version. Jason Castro pulls off a great cover with breathy vocals and an upbeat tempo from the first chorus onward.