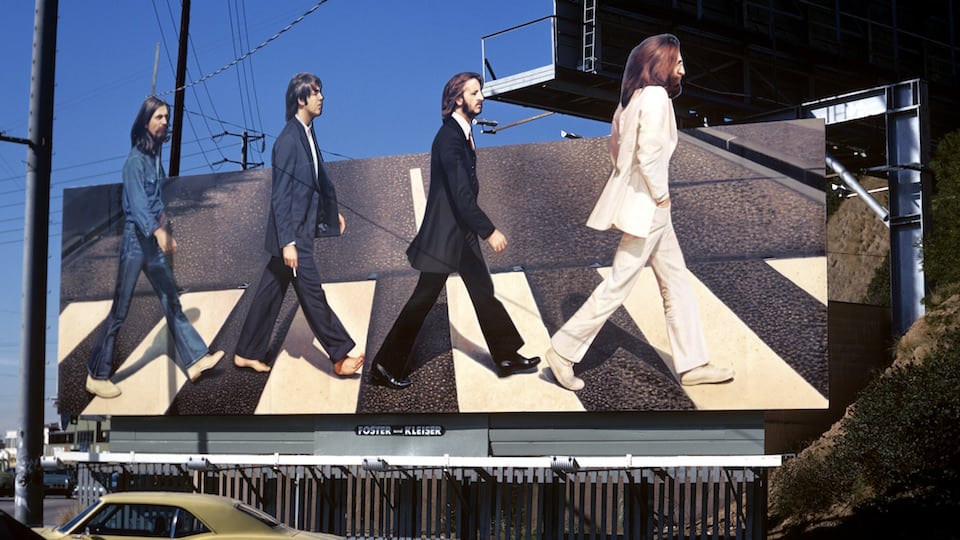 Remember in the movie WarGames when a computer asked Matthew Broderick, “Shall we play a game?” Broderick’s character chose to play “Global Thermonuclear War.” You might recall that the game has no winner. With that in mind, let’s play a similar game: “Name Your Favorite Beatles Album.” Deciding on a favorite Beatles album is like a parent picking a favorite child, picking the most beautiful woman in the Miss Universe Pageant, or deciding on Philadelphia’s best cheesesteak (it’s neither Pat’s or Geno’s). These tough questions do have answers, and the answer for the best Beatles album happens to be… Abbey Road.

Rolling Stone ranks four Beatles albums in the Top 15 of the Best Albums of All Time, placing Abbey Road at 14. That means the magazine ranked three Beatles albums ahead of Abbey Road. Well, Rolling Stone often gets things wrong. Remember, they originally hated both Jimi Hendrix’s “Are You Experienced” and Led Zeppelin’s debut album. So, what do they know?

Abbey Road is special in so many ways. The record was the eleventh album released by the Beatles but was actually the last album in which all four Beatles participated in the recording. McCartney wanted producer George Martin to “get back to basics” and produce the album the way that he did early on. Martin agreed…thank goodness. Although Let It Be was the last studio album released by the band, most of that record was already completed before the Abbey Road sessions had even started. Essentially, this was the last album the Beatles were to record and, deep down, they had to know this. They went out with a bang. Here’s are five reasons why:

The “quiet Beatle” delivered his best work on Abbey Road. Both “Something” and “Here Comes the Sun” showed the world that he had been paying attention to Lennon and McCartney as they wrote their many masterpieces. Try not to sing along to “Here Comes the Sun.” It’s impossible. The Beatles wrote some of the greatest love songs of all time, and “Something” may be the best of the lot. The album is George Harrison’s finest hour.

Progressive Rock crept out of the consciousness of the ‘60s and ‘70s. The Beatles, not really a prog rock group per se, recorded two of the genre’s finest songs: “I Am the Walrus” and “Come Together” — the latter, of course, is the first track on side one of Abbey Road so when the needle drops on the album, and you’re hit in the face with this Lennon-McCartney tune, you better buckle up. The track may not be indicative of what the whole album has to offer, but it does add to the eclectic nature of what lies ahead and shows that the Beatles could write any kind of music that they set their minds to.

Without question, Abbey Road contains the most unique half-album of any record in The Beatles’ catalog. Side Two contains a 16-minute medley of eight short songs fused together by producer George Martin. The set, although panned by some critics as a mish-mash of song parts, shows that Lennon’s and McCartney’s song pieces are better than most of their peers’ finished compositions. Harrison and Lennon do some of their best guitar work here. Additionally, you’ll hear George play a Fender Telecaster through a Leslie speaker on “You Never Give Me Your Money” and Ringo play his only drum solo in the Beatles’ catalog on “The End.”

The Abbey Road album cover features one of the most iconic, recreated photos in history. Who wouldn’t want to go back in time and watch John, Paul, George, and Ringo walk across that famous crosswalk? In the background of the photo, there are a few people in the distance. Man, how I would have loved to be one of them! At the time, conspiracy theorists looked at “hidden clues” from the photo to justify conspiracy theories that Paul McCartney was, in fact, dead, and while Life magazine featured a cover story stating that, thankfully, “Paul is still with us,” those rumors live on. Sure, the cover art has nothing to do with the music, but it’s part of a remarkable story.

When Beatles fans talk about their favorite album, there’s never a debate when someone disagrees. I can tell you why I love Abbey Road, but I would never tell someone whose favorite Beatles album is Rubber Soul that they are wrong. You know why? Because I love Rubber Soul, too.

See Related Content: “From Zero to Masterpiece in 30 Days”

In the end, the reason why I like Abbey Road best is simple: listening to that record always makes me happy. “Everybody’s laughing / Everybody’s happy.”