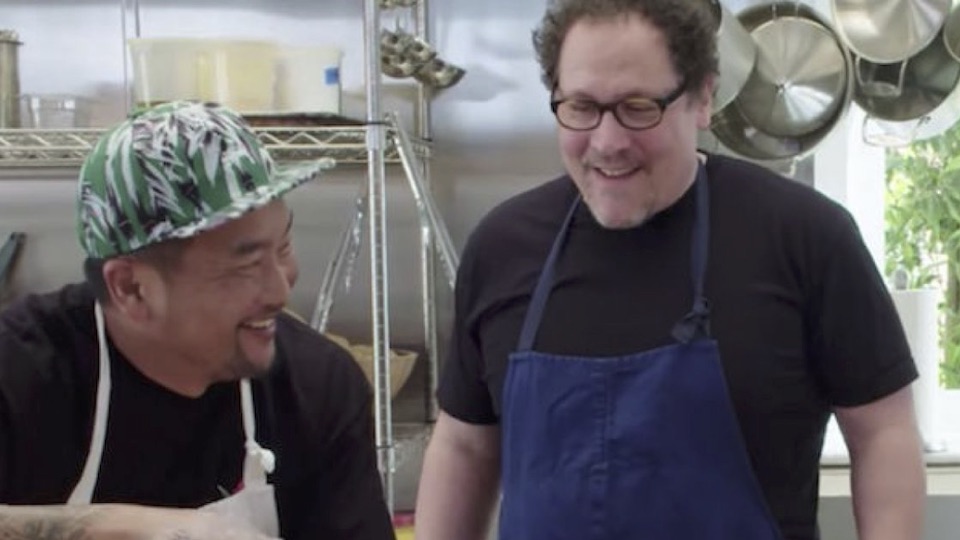 Cooking shows are a dime a dozen, feeding our fascination for food from preparation to cleaning the plate. Sure, they can be entertaining, but the format is generally the same. There’s a cook talking to the camera as they put together a “been there, done” that dish, perhaps sharing some stories and tips along the way. Then there are those crazy cooking battles, where beating the clock or using a basket of odds and ends to impress judges with a mouthwatering masterpiece (for money) is the goal.

Related: “Whiskey for Breakfast and Other Historical Diet Tips”

But how many times can we watch someone flawlessly frost a cake or create a “foam” as garnish? Before you give up on watching someone make a meal you’ll likely never taste, there’s one option that is deliciously different.

The Chef Show on Netflix is special. There’s no cookie-cutter format or food we have seen sliced and diced time and time again. Starring actor, writer, and director Jon Favreau and chef Roy Choi, this one-season, eight-episode show is so much more than typical. It is creative and unfiltered, comedic and cool. Favreau is always interesting to watch, and learning about Choi’s background is insightful. The two men met when Favreau was planning filming for the movie Chef, also starring Sofia Vergara, Scarlett Johansson, Dustin Hoffman, and John Leguizamo. Playing a chef in the film meant Favreau wanted his skills on camera to look authentic, so he went to Choi to learn the ins and outs of what happens in the kitchen. They formed a friendship over their love of food. The rest is history.

The Chef Show takes inspiration from the film and incorporates the memorable dishes featured in it. The two dish with celebs and other chefs, meet with food truck owners, restauranteurs, and outstanding others in the field. From briskets to pizza pies to chocolate lava cake and more, they do plenty of cooking…and eating. There’s reminiscing about time spent on the set of Chef, lots of laughs with guests and friends, and an eye-opening look as to what it truly takes to make food tasty, even something as simple as grilled cheese or tacos.

This cooking show is raw and real, showing the sweat, splatters, stains, and slip-ups that often happen behind the scenes. Don’t expect to see a spic-and-span stage kitchen with shiny appliances and perfect lighting. And there is surely no makeup artist or stylist touching these fellas up between takes. That’s simply not what this show is all about. It is a focus on food, preparing it well, and truly caring about the craft.

If you’ve grown bored of baking competitions and can’t deal with another 30-minute meal, binge-watch Netflix’s The Chef Show. Favreau and Choi are breath of fresh air in an overcrowded, overindulgent genre.