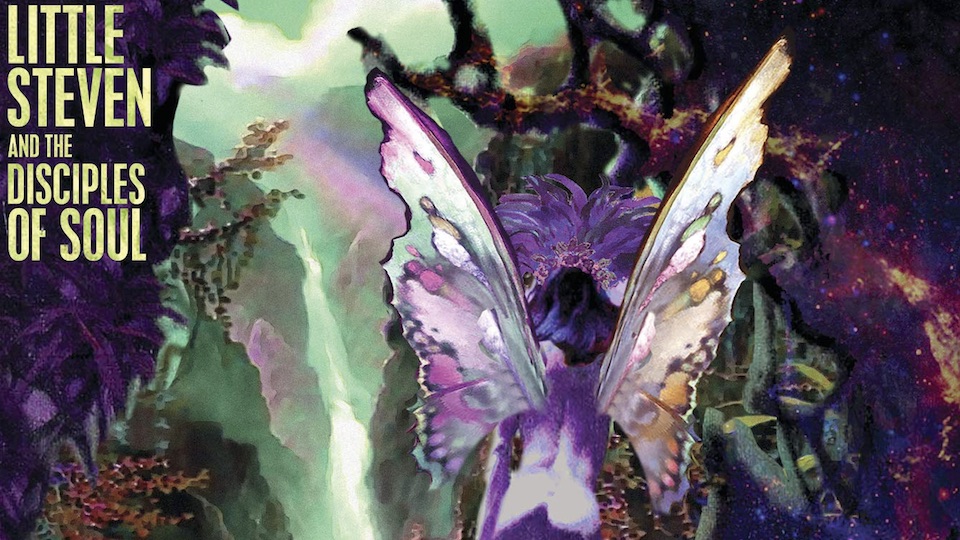 Little Steven, aka, Steven Van Zandt, has a deep love for the music of the 1960s. In addition to his work with Bruce Springsteen and the E Street Band, he’s often displayed that affinity for those classic sounds through the songs he’s written and produced for Southside Johnny & The Asbury Jukes, Gary U.S. Bonds and Darlene Love. His first solo album, 1982’s Men without Women featured a captivating mix of Jersey Shore rock and Motown-esque soul from Van Zandt and his band, The Disciples of Soul.

After that record, a great deal of his solo work tended to be somewhat more edgy and rock-oriented, exploring social and political themes. That changed in 2017 when he revived the Disciples of Soul for Soulfire, an enjoyable collection of songs he’d written for other artists, and some well-chosen cover tunes. A successful tour and live album followed, and Van Zandt continues to flex his groove with the recent release of Summer of Sorcery, his first disc of new material in 20 years.

The sounds on Summer of Sorcery are a throwback to the kind of music you’d hear floating out of your transistor radio during the 1960s and 70s. There are joyous tracks like the Phil Spector-ish “A World Of Our Own” and the exuberant “Love Again” which are a thrill to listen (and dance) to, with their soul-shaking horns and girl group styled backing vocals. Speaking of dancing, better get your twisting skills ready for the lively “Soul Power Twist,” a song you can just imagine Little Steven, Bruce Springsteen, and Southside Johnny tearing into some night during an encore at the Stone Pony. The 1960s aren’t the only decade Van Zandt and the band visit on the album, however. The band manages to take a side trip into 1970s soul on the deeply funky James Brown styled “Vortex” and even offers the listener more than a hint of the sound of the 1980s on the R&B flavored “Gravity.”

The album also provides a concentrated dose of guitar-based rock and roll on “Superfly Terraplane” and a road-tested infusion of the blues on the aptly titled “I Visit The Blues.” The Latin styled flavor of “Party Mambo” and the “let’s all forget our troubles and get together” themes of “Communion.” The record’s Springsteen-inspired title track sits quite comfortably alongside the lovely “Suddenly You,” on which Van Zandt indulges his inner soul balladeer.  Then there’s “Education,” a life-affirming salute to the need for teachers as positive role models, a cause dear to the singer’s heart. That’s the true strength of this album. The music is filled with powerful emotions, which are an integral part of Van Zandt’s core as an artist; the man’s got soul. This is music that he loves and cares about, and he’s able to communicate that love.

Little Steven & The Disciples of Soul are on tour this summer, so it will be interesting to see this music performed on stage, and to check out how these cool vibes transfer into a live environment. The album provides an enjoyable melting pot of blue-eyed soul, rock, funk and dance music. Summer of Sorcery is ready-made to be spun multiple times on a turntable, thanks to the rich and glorious production by Van Zandt. The electric, powerful and enthusiastic contributions by The Disciples of Soul will definitely catch and hold your attention. This is the kind of record that will instantly bring a smile to your face. So, what are you waiting for? Turn it up, and let’s dance!

0 comments on “The Soul of Little Steven”