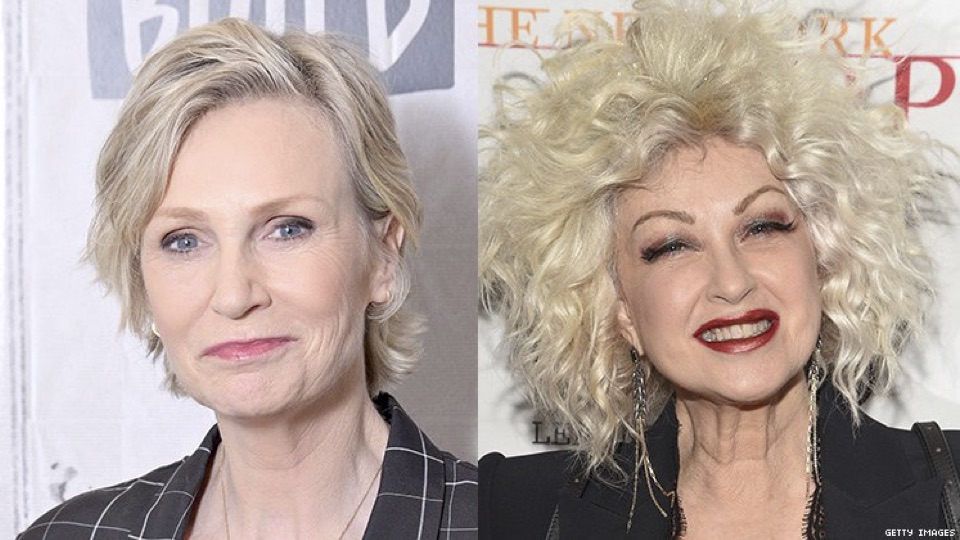 Fans of television’s long-running comedy The Golden Girls better break out the cheesecake: while reruns of the classic series still air today, a fresh take on the premise is in the works. Naturally, no one could ever replace the four shining stars who originally made The Golden Girls a gem, but there’s always room for more, especially when the talent is top-notch.

Word has it that a new series is in the works for Netflix, starring Glee’s Jane Lynch and Grammy-winning artist Cyndi Lauper. Along with two others who’ve yet to be named, this show will take a cue from The Golden Girls and bring the best of its concept about an aging-yet-active group of women to today’s climate.

Imagine Lynch and Lauper coming together over slices of cheesecake or bickering like an old married couple. There’d be no topic or theme off-limits, and seeing a show centered around 60-somethings is far from overdone. Lynch never fails to find humor in even hard topics, and Lauper would surely bring a fresh perspective to how many people think senior citizens ought to look and act. Even if the series is half as successful as The Golden Girls, Netflix can call it a win. The higher-ups at the Emmys already have their eyes open and ears perked up.

The concept for this new series came from Lynch herself, and Netflix was right on board with the idea. In this show’s case, the ladies will never have been married or had children, and they’re ready for life’s next stage. Writer and comedian Carol Leifer has shared on social media that she’s ready to write for the show.

Since the show is to be hooked into Netflix, it means that binge-watching is possible. These days, we could all use a laugh, and this appears to be just the kind of show to deliver.

Now, will that unforgettable theme song, “Thank You For Being A Friend” be used for this new Netflix show? If Lauper can do a cover, it would become an instant classic.

The cast thus far is incomparable, the writer is clever and quick-witted, and the fanbase is built-in. Now, all we have to do is wait until they announce the series premiere. ‘Till then, reruns of the original Golden Girls will have to keep us occupied.

0 comments on ““The Golden Girls” Just Wanna Have Fun”