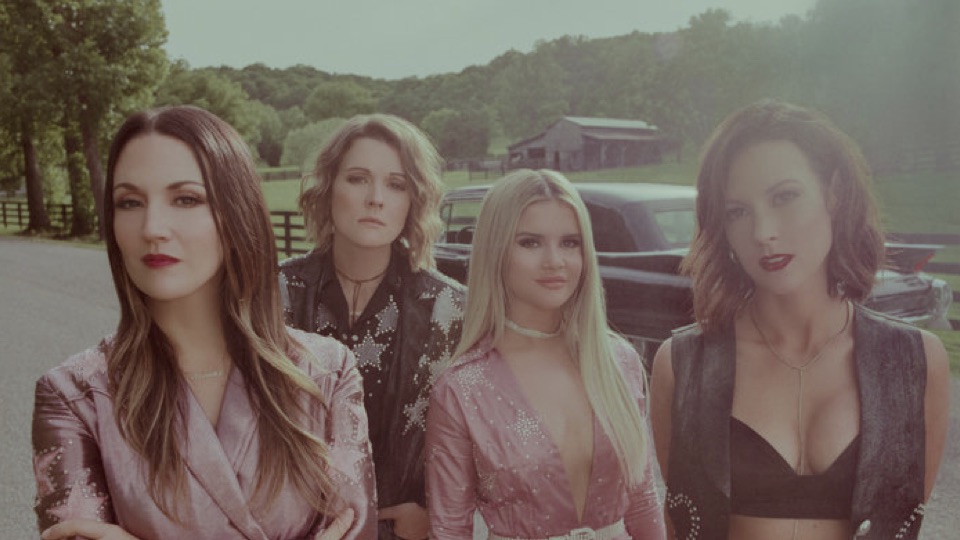 No one said joining forces in the music industry was easy, but when the stars align and the right artists come together, the results are spectacular. Enter The Highwomen: the all-female supergroup who have just released their self-titled debut album. A mere few weeks later, the album has landed at No. 1 on Billboard’s Top Country Albums chart.

Composed of Brandi Carlile, Maren Morris, Natalie Hemby, and Amanda Shires, this country quad has hit the ground running in every way possible. They’ve taken their name from another supergroup, The Highwaymen, which formed in 1985 and featured Johnny Cash, Willie Nelson, Waylon Jennings, and Kris Kristofferson.

The significant difference besides the obvious gender swap might be that The Highwaymen got together after their respective careers had begun to fade, while The Highwomen are only just starting to gain momentum. Carlile won three Grammys this past February, including best Americana album for By the Way, I Forgive You, Morris has earned multiple No. 1 country radio songs, Hemby has two songwriting credits on the soundtrack to A Star is Born, and Shires has been in the business lending her vocals and violin playing since age 15. (Shires’ husband, Jason Isbell, also plays guitar on The Highwomen record.)

But despite their individual success thus far, a blatant fact remains: a recent report shows that current country music is made up of only 16% women; something The Highwomen are determined to change.

“Almost all of us are mothers of young girls. And we all grew up listening to country music,” Carlile told The Boot in June. “We recognize that we’re in a time right now where our daughters don’t have the same country music heroes that we had.

“Our goal is simply to elevate all women and completely abandon the concept of competing with one another,” she continued. “So that we can let as many women through the door as possible, and give our girls those country music heroes that we all had.”

It was Shires who came up with the initial idea for the band. While on her own tour, she noted that the majority of country songs she heard on the radio were by men. She approached Carlile about starting a brand new group and together they wrote the opening track to the album, “Highwomen”, a rewrite of Jimmy Webb’s “Highwaymen”. They asked Morris and Hemby to come along for the ride, and thus, the band was born.

Related: “‘Wild Rose’: How the UK Does Country”

“Music was happening in the room, and you could almost touch it,” said Shires. “It hadn’t happened for me in a long time. We would sing sometimes, and I would get so excited I would almost feel like being a ding-dong and crying.”

The group gave their first live performance at Loretta Lynn’s 87th birthday in April. Since then, The Highwomen have received glowing praise from dozens of other trailblazing female artists like Dolly Parton, Judy Collins, Sheryl Crow (who plays bass on the album), and Tanya Tucker.

For The Highwomen, an important part of making the record was reminding the world that women, from all walks of life, do it all.

“Running the world while we’re cleaning up the kitchen, making bank, shaking hands, driving 80, tryin’ to get home just to feed the baby”, they sing in unison on the single for the record, “Redesigning Women”.

“The intention of the project is inclusivity,” Shires told Vulture. “What I want for us is to sing our stories and show all of our versions of ourselves, all of our faces.”

Though the band is sitting comfortably on that No. 1 country album Billboard spot, if a second record is in the future, the country music world is waiting eagerly.