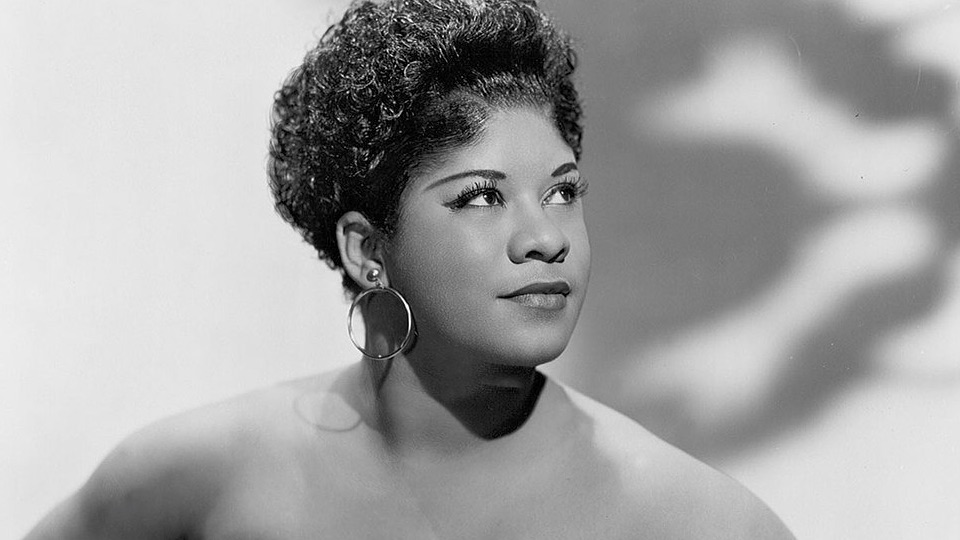 Such was the case of R&B superstar Ruth Brown; whose hits saved a teetering company called Atlantic Records from falling apart.  Sadly, the musical marriage between her and Atlantic’s co-founder, Ahmet Ertegun, began with both proclaiming their love for each other and ended with lawyers doing the talking for them.

Like the start of innumerable relationships, Ruth and Ahmet met by an accident.  That is, a car accident in Chester, PA that broke both of Ruth’s legs and put her in a hospital for eleven months.  Atlantic had been tipped off to her singing prowess by a DJ and was so impressed, that they paid her medical bills.  After Ahmet signed Ruth to a contract from her bed, her husband, Jimmy Brown, voided their marital contract because he believed she’d never walk again.  Then again, Ruth believed he was single when they married; only to discover he had another Mrs. Brown.  Perhaps Jimmy would’ve re-entered her life (and bank account) once he heard that she and her working legs were welcomed with open arms by Atlantic’s hierarchy.  Ruth recalled:

“I loved them.  I felt like I was part of the family.  After I got out of the hospital, Ahmet, (co-owners) Herb Abramson and Miriam Bienstock, when they would go somewhere to eat, they would take me.  They took care of me.”

And in Atlantic’s early years, her success financially took care of them.  Jerry Wexler, who signed on to be a partner in 1953, noted:

“We used to have to sell 60,000 singles a month to meet the nut.  Every week, Ahmet and I used to sit with a little hand-crank adding machine and figure out if we’d survived that week.”

Not to worry, Jerry.

Atlantic threw away their adding machines when they found a money-making machine in Ruth; who steadily knocked out smash hits in the ’50s like “Mama, He Treats Your Daughter Mean” and “This Little Girl’s Gone Rockin’;” a ditty co-written by Bobby Darin.

But like Pat Boone’s bland takes on Little Richard’s frenetic songs, white singers would record and suck the soul out of Ruth’s tunes; a common practice then called “whitewashing.”

Ruth lamented: “Some people might have thought it was flattering, but for me, it didn’t do a damn thing except stop me from getting on the top TV shows.  I never got to do The Ed Sullivan Show.  Patti Page (with “Oh, What a Dream”) and Georgia Gibbs (“Mambo Baby”) did.”

But as Ruth’s career cooled down, so did Atlantic’s warm feelings towards her.  When she left “The House that Ruth Built” in 1960, she was notified that she owed $30,000; as the company accrued her band, production, recording, and travel expenses to her account. Ruth blamed herself for having to work on Long Island as a low-paying domestic, a school bus driver, a teacher’s aide, and as a drug counselor to support her two sons; stating: “I felt responsible for being negligent, for not taking care of business.  I wasn’t getting any royalties at the time.  You would go in and record singles, either two sides or four, and you’d get $69 or $70 a side.”

It didn’t help that in her personal life, all three of her marriages ended in divorce.  She admitted: “I could pick a good song, but I sure couldn’t pick a man.  If I ever write a book, Tina Turner’s life would look like a fairy tale.”

In desperate financial straits, she asked Ahmet for help; only for him to write her a $1,000 check, which she called “crumbs from a rich man’s label.  For every Picasso he had hanging on his wall, I had a damp patch on mine.”

But because Atlantic never paid her any back royalties, Ruth finally found a chance for a payback moment; a moment that wouldn’t have happened if she didn’t pop into a theater in 1975 to see friend Redd Foxx perform.

Mr. Foxx, who used to open shows for Ruth, invited her to appear on his Sanford and Son show.  She balked at making the trip to California, noting in her autobiography Miss Rhythm, “For what?  To starve to death?”

But Foxx sent her a plane ticket and her walk-on appearance was the beginning of an acting career on stage (culminating in a 1989 Tony Award for Black and Blue), screen (as Motormouth Mabel in John Waters’ Hairspray), and TV (as Leona the New Neighbor on McLean Stevenson’s sitcom Hello Larry).

Now that she was finally being paid and could afford a lawyer, it was time to legally confront Mr. Ertegun.  After getting the ol’ money-go-round from Atlantic’s lawyers who claimed that her account was so far in arrears, Ruth owes Ahmet money, she found a crackerjack lawyer who won her a meager $20,000 settlement but $1.5 million to establish The Rhythm and Blues Foundation which serves artists in need.

Ruth continued to multi-task in multiple media formats (including DJ’ing an NPR series called Harlem Hit Parade) up until her death in 2006 at the age of 78.  She even dispensed casting advice to Ray Charles.  In her last conversation with Ray, she remembered: