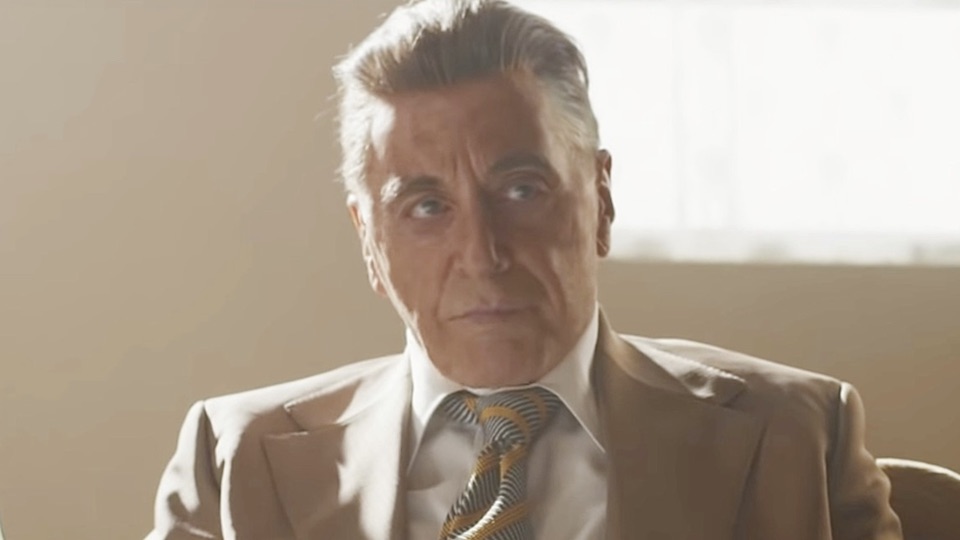 If you sat through the entire three and a half hours of The Irishman, two things probably happened: the butt dents in your couch got deeper and you might have just witnessed the return of Alfredo Pacino. Al is getting great reviews and just tacked on another Oscar nomination for Best Supporting Actor. It’s the first time he’s worked with Martin Scorsese and it shows in his portrayal of Jimmy Hoffa, a powerful take on a powerful man. It’s a far cry from his recent 2017 film, Hangman, directed by Johnny Martin who also directed Nic Cage in Vengeance: A Love Story. The past few years of Al’s acting have been what could be best described as “lean.” He just hasn’t stunned us like he did in the past. So, after years of phoning it in and overacting are we witnessing the return and redemption of Al Pacino?

In 1972, Al explodes in one of the greatest films of all time, The Godfather. It is a brilliant performance that shows his range from eager war hero to steely Don. His transformation over the course of the film is scary and restrained. This will lead to Serpico, The Godfather Part 2 (where he will top his performance in the first film), Dog Day Afternoon and And Justice For All. He was Oscar-nominated for all — and lost in every race.

So when does the Al acting descent begin? I would argue you see traces of it in 1983’s Scarface. While the film became a cult classic due to its exaggerated violence and prolific use of the “F” word, we can see Al deliver a lesson in overacting (although it could be said that’s what the character called for). “Say hello to my little friend!” may be as quotable as “One small step for man, one giant leap for mankind” but it really is as over the top as Lady Gaga’s attire.

Al leaves film after 1985’s Revolution and takes a break for 4 years. We don’t see him on the big screen until he returns with a great frenzied and fun performance in Sea of Love (although John Goodman steals that movie), followed by Dick Tracy (where his overacting is called for), The Godfather Part 3 and Scent of a Woman for which he’ll win an Oscar.

Then it really begins to unravel. Maybe it was the validation the Oscar brought, but we see overacting in Heat (“She’s got a great ass!”), barely acting in 88 Minutes and I don’t really know what he was doing in Righteous Kill. Some of his films including the Johnny Martin special Hangman are barely released theatrically. There are some gems that pop up like Donnie Brasco, but for the most part, it’s The Recruit and Jack and Jill. Where was the Al from the ’70s? Was Al just not caring about the work? Or do we blame it on the directors and Al was just giving them what they were asking for?

Then Bob (DeNiro) and Marty coming knocking with The Irishman. A quality script, a quality director and a dream cast. So, does Al return to form in The Irishman? And the answer is well, kind of. He’s very good and he’s not overacting. But in this writer’s opinion, he’s not as good as he was in the ’70s. You can tell he still likes to “go big” in some of his scenes as opposed to the restrained delivery he used 40 years ago. In fact, Joe Pesci is the standout in this film. But it does bring hope that Al will find good material moving forward; his new Amazon series Hunters looks very promising. The trailer offers a restrained Pacino performance where he allows the craziness to take place around him rather than pumping it up with an over the top performance.

So thank you, Marty, and thank you to The Irishman, because I hope this means Al Pacino is on his way back to doing work worthy of the name “Al Pacino.”

1 comment on ““The Irishman”: The Redemption of Al Pacino?”