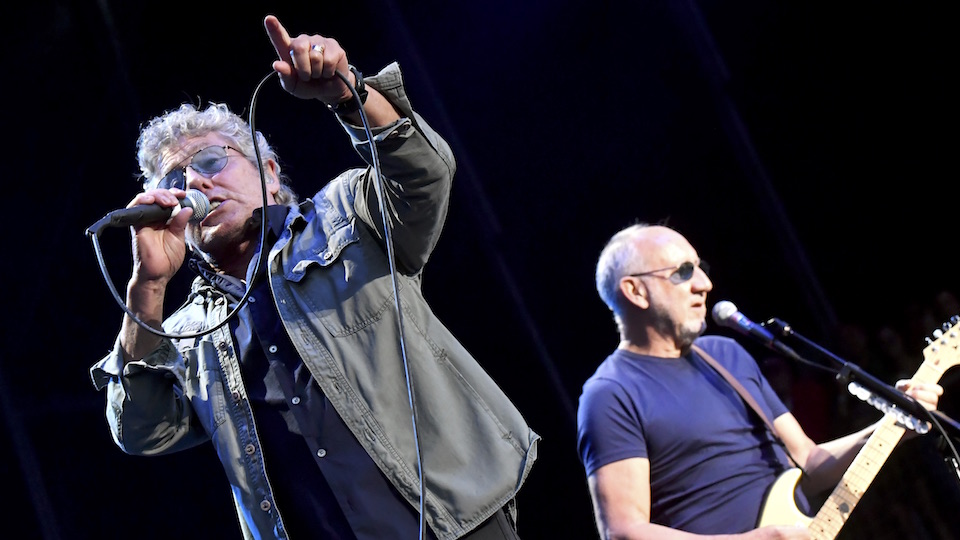 It’s ironic that The Who’s newest album, simply titled WHO, begins with a song called “All This Music Must Fade,” implying that decades have passed and there is little to grab onto when records come and go as quickly as they do. But there has never been anything dull or forgettable about The Who. Once you start smashing guitars on stage and swinging microphones around your head, your ability to blend into the background becomes increasingly difficult. Combine that with cut-throat songwriting, heavy bass and drums, and a defiant attitude, and you have a band that will surely stand the test of time. “I don’t care, I know you’re gonna hate this song,” sings Roger Daltrey on the opening track. Actually, we don’t. There’s a lot to be said about the genre of rock ‘n’ roll — whether it will live or die — but on WHO we’re reminded that it’s consistently evolving and that The Who, dead or alive, won’t go quietly.

When it comes to the last 50 years of music-making, some famous duos might come to mind — Lennon/McCartney, Jagger/Richards — but Townshend/Daltrey has never quite gotten there. Notorious for their bickering, the pair have consistently butted heads in a way that might suggest their music would come out mismatched, and for WHO, they worked with separate studios and producers, each contributing their own touches to the album.

“I’ll work with Pete any time,” Daltrey told Billboard in December, though he was very pleased with the charting success of the album, “But I would like to do an album where we work together — not necessarily in the studio together, but on the project. It seems to me that Pete cooks up projects on his own that are narratively tricky for the general public to get into. By working together I think some of those problems might be solved. We could come up with something really good.”

Of course, Townshend looks at it a little differently.

“Roger’s life is about ‘the living’ in a sense,” he said to the Toronto Sun, “He’s not, by any means, someone who doesn’t think. But we have taken different roles.”

Related: “Tour Managing The Who Has Its Challenges”

And yet, despite 13 years since their last record together, and the death of two band members in the last two decades, the album sounds quintessentially like The Who.

Not necessarily in the heavy sense, though elements of The Who of the 70s are there, including those stretching synths, running piano riffs, orchestral strings, and Pete’s ripping guitar. Much of WHO, wouldn’t sound entirely out of place if it had been heard on Tommy in 1969 or Quadrophenia in 1973. A short bit at the end of the song “Detour” features a synth rhythm that mirrors the one from “Baba O’Reilly.” Those who came of age when The Who were at the height of their career will be pleased to hear the essence of the band they knew originally.

But WHO is also an album chock full of new tricks. A perfect example is Townshend’s “I’ll Be Back” on which he experiments with electronic sounds to create a funky jazz-inspired tune. It even includes a section that can only be described as a rap interlude. Townshend seems to have embraced new technology, using it to his advantage to create layers that wouldn’t have been possible 50 years ago — Old dogs are sometimes better at learning new tricks than young dogs.

My personal favorite track on the album, “Break the News” wasn’t written by either original member, but by one who likely had a bigger influence on the band than anyone — Simon Townshend, Pete’s younger brother. Also included on the track personnel is the band’s touring drummer, Zak Starkey, and Benmont Tench of Tom Petty’s Heartbreakers. If this proves anything, it’s that Daltrey and Townshend have been keeping their ears open for the last five decades. The best rock ‘n’ roll musicians spend just as much time listening to the music being made around them as they do honing their own sound.

WHO comes to us in the midst of a massive farewell tour, and indeed the recording of this album was a condition Townshend insisted upon if they wanted to get him back out on the road. When I saw the band perform in New York last May, they seemed in good spirits, playing mainly older tunes from the early 70s. Roger still swings his microphone around like a lasso, Townshend still uses a windmill motion to get the most out of his guitar. WHO nods to the former days and acknowledges that it’s been a long road. “All the shit that we did brought us some money, I guess,” Daltrey sings on “I Don’t Wanna Get Wise”, “and those snotty young kids were a standing success, helped us conquer and rise. And we learned in this hell.”

Related: “Your 5 Favorite Albums by The Who”

With WHO, we learn a little bit about who Roger Daltrey and Pete Townshend have become after all these years, and about where they want to head next. Perhaps it’s into the studio again, perhaps this is their last piece of work together.

“When I was a little younger, I had to justify my angst,” so go the lyrics in “Got Nothing to Prove”, “Now I don’t look toward my death, I look toward my life.”

We usually think of contemporary artists as the ones trying to figure themselves out — what type of artist they want to be and how they want their records to sound. These things don’t happen overnight. It was The Who that asked people “Who are you?” all the way back in 1978. Roger and Pete are still working on that. We really wanna know.

Photo Credit: Roger Daltrey (L) and Pete Townshend of The Who perform on the Lands End stage during the 2017 Outside Lands Music And Arts Festival at Golden Gate Park on August 13, 2017 in San Francisco, California. (Photo by Jeff Kravitz/FilmMagic/Getty Images

2 comments on ““WHO” Are They Now? Daltrey and Townshend Answer”