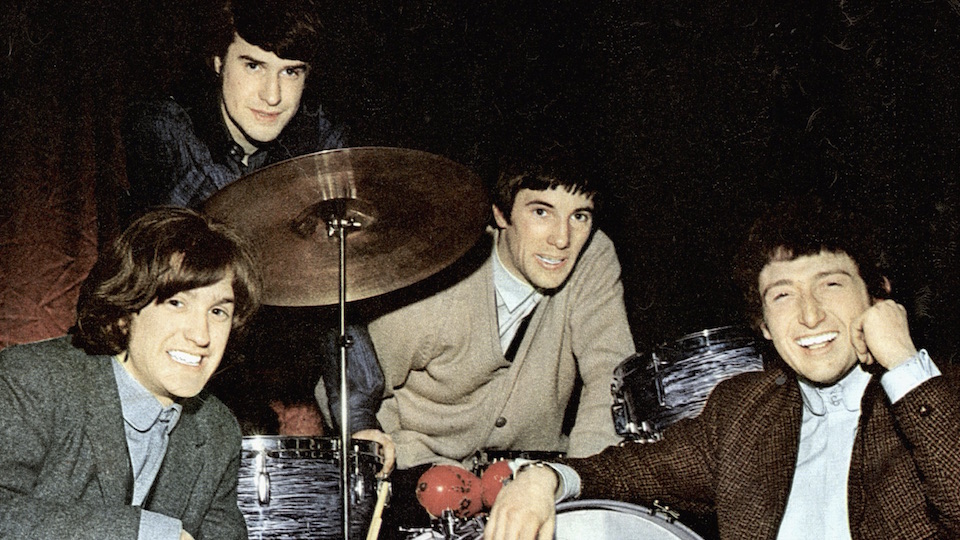 “All life we work but work is a bore/If life’s for livin’, then what’s livin’ for?” So queries Ray Davies of The Kinks on “Oklahoma U.S.A.,” and it’s a sentiment that artfully sums up what one of rock’s most insightful songwriters was usually on about at the time.

A new Kinks reissue collects a pair of albums, 1971’s Muswell Hillbillies (which contains “Oklahoma U.S.A.”) and 1972’s Everybody’s In Show-Biz, that might seem at first to be an odd coupling. Muswell Hillbillies has earned a reputation as being the Kinks “country” album, one full of hard-luck tales and homespun stories of common folk whom Ray Davies effortlessly inhabits. By contrast, Everybody’s In Show-Biz is viewed as belonging to the somewhat dubious category of rock-star lament, where the artist complains about a peripatetic life spent on stages and in hotels when not in constant motion from one stop to the next.

When you hear these albums back-to-back, along with the bevy of extras that come in this box set, those two perspectives tend to blend. The songs on both records dive into the minutiae of everyday life, not just the travails of work, but also traveling, eating, drinking, even sitting around doing nothing. Beneath it all, there’s a sense in Ray Davies’ lived-in narratives that there must be something more underneath it all that we’re missing, which is how even the mundane starts to feel bittersweet and even tragic.

In terms of the reissue, it’s a doozy for hardcore fans. You get the two albums (remember that Everybody’s in Show-Biz was a double LP to start, with one disc devoted to the studio tracks and another to live performances.) Add to that another album of live tracks from around that era (where The Kinks get to rock out a bit more than these two studio releases generally allow) and another disc of Ray Davies’ new remixes of key tracks. Throw in a hardcover book detailing the context of the albums’ origins (mainly the band’s opportunity to return to America and tour after having been banned there, an experience which informed Everybody’s In Show-Biz a great deal.) There are also CDs of the music, a Blu-Ray of a 1971 Ray Davies’ home movie, and even a Kinks badge to show your fandom. (This is all part of the deluxe package; there are many other ways to get a piece of the reissue without spending as much.)

If you’re going to look for reasons why these albums might be paired, you might consider the fact that both were relative flops in their time.  “Lola” had scored the band a triumphant return to the charts the year before the first of these two albums was released. But neither of these records came with radio-friendly singles to introduce them to the world, there was little of Dave Davies’ roaring guitar to coax rock audiences, and perhaps the subtleties of the songs needed more attention than the public could devote at the time.

Critics certainly fawned over Muswell Hillbillies, which often gets lumped in with The Kinks Are The Village Green Preservation Society in terms of the quaint themes at the bedrock of each record. Muswell is still as great as all those early accolades suggest, a tour de force of character sketches featuring rootsy yet inventive music to animate them.

With the exception of the cathartic opener “20th Century Man,” the Kinks’ rocking side is largely backgrounded. And there honestly aren’t too many country touches aside from the closing track “Muswell Hillbilly,” where Dave Davies does his best Carl Perkins on guitar.

What you do get are music-hall homages (“Alcohol” and “Acute Schizophrenia Paranoia Blues,”) rattling blues (“Holloway Jail,”) and tongue-in-cheek tweeness (“Have A Cuppa Tea.”) It’s a credit to the band, aided by the brass instruments of the Mike Colton Sound, that they handled all the stylistic shifting without getting lost in it.

An inability to cope with encroachments of urbanity and modernity unites the characters on Muswell Hillbillies, so they cling to their bucolic traditions with a fervor bordering on obsession. Ray Davies manages to render these folks with honesty above else, gently mocking their stubbornness without downplaying their legitimate concerns. By the time we get around to “Muswell Hillbilly,” defiance wins the day: (“They’re gonna try and make me change my way of thinking/But they’ll never make me something that I’m not.”)

Everybody’s In Show-Biz has never received the same kind of critical love, which is a bit unfair. While the second disc always seemed a bit superfluous, like Ray Davies was more interested in taking the piss out a live performance than delivering one, the studio sides were lambasted for being just another rock star complaining about a cushy job. In truth, Ray makes his uptown problems relatable to anyone stuck in the drear of routine.

The punchy opener “Here Comes Yet Another Day” captures the Sisyphean feeling of doing the same thing every day to little avail, while “Motorway” and “Maximum Consumption” detail the slippery slope from life on the move to unhealthiness. As the road wears on, existential questions start to creep in on tracks like “Unreal Reality” and “You Don’t Know My Name.”

Oddly enough, “Celluloid Heroes,” probably the most well-known song on either of these two albums, is one that, while lovely on its own, feels a bit out of place (and the theme had been articulated much more succinctly on “Oklahoma U.S.A.” anyway.) Instead, the true grabber on Everybody’s In Show-Biz is the gorgeous ballad “Sitting In My Hotel,” as Ray tries to make sense of celebrity’s alienating side effects over John Gosling’s heartfelt piano accompaniment.

The Kinks went down a concept-album rabbit hole on their follow-up records to these two before doing a 180 back to the hard rock of their earliest days at the end of the 70s. But their sweet spot was that late 60s to early 70s run. That was when the band was at its most musically ambitious and Ray Davies was diving into the hopes and fears of everyday people like few other songwriters. The previous consensus of rock criticism tells us that the hot streak ended with Muswell Hillbillies. But the fresh listen afforded Everybody’s In Show-Biz by this reissue suggests that it belongs in the same rarefied air as those other Kinks classics, if only because Ray made a convincing argument that he was as everyday as anybody else.