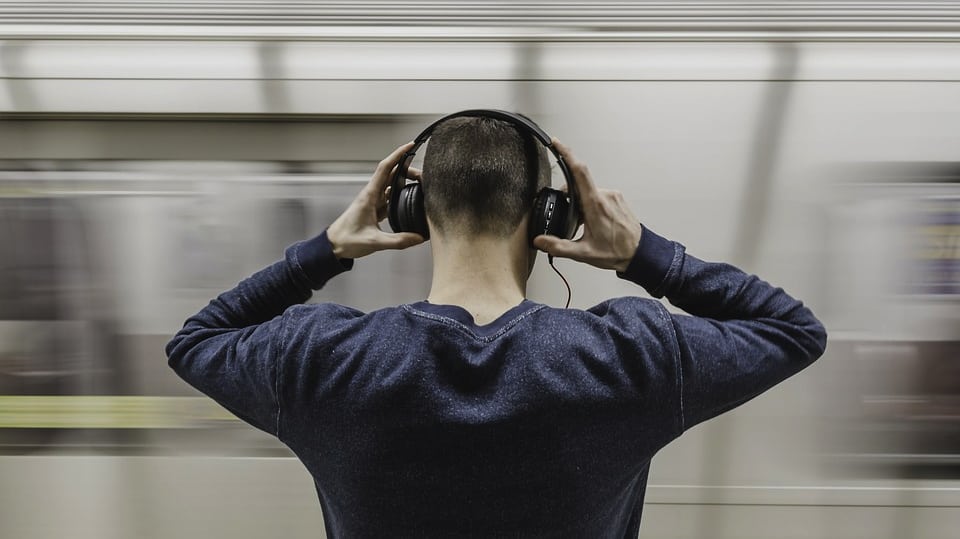 Revolutionary, romantic, tragic, wondrous, universal… These are all words that have been used to describe classical music. So, if classical is so exciting, why aren’t more fans of rock n’ roll tuning in to it? The truth is, they are tuning in. They just don’t realize it. Classical music — be it medieval or baroque, played by a symphony or a chamber group — is implanted in everyday popular music. For example, if you’ve heard “Because” by The Beatles, “Someday” by Neneh Cherry, “Piano & I” by Alicia Keys, or “Past, Present and Future” by the Shangri-Las, then you’ve heard bits and variations on Beethoven’s “Moonlight” Piano Sonata No. 14. That’s just the beginning.

Related: “Who Are the Rock Stars of Classical Music?”

Janet Jackson’s “Someone to Call My Lover” (2001) references “Gymnopedies No. 1,” an 1887 composition by eccentric composer Erik Satie. Blood Sweat & Tears drew on the same composer in 1969 (during their “Spinning Wheel” phase) as later did Steve Hackett of Genesis. Remixers love Satie.

“All by Myself,” the 1976 chartbuster by Eric Carmen, is heavily indebted to Rachmaninoff’s “Second Piano Concerto”; Sting paid tribute to Prokofiev’s “Lieutenant Kijé Suite” with his own “Russians” (1986) and acted in a version of Stravinsky’s “Soldier’s Tale” (1988).

Gregorian Chants have been outsourced to everyone from Enigma to The Electric Prunes (whose “Kyrie, Eleison” surfaces in 1969’s iconic film ). As for opera, Elvis Presley sang it: Capua’s “O Sole Mio” became “It’s Now or Never,” and Martini’s “Plaisir d’Amour” became “I Can’t Help Falling in Love.”

In the ‘60s, the tradition was furthered by The Beatles who, despite recycling Chuck Berry’s message to “Roll Over Beethoven,” nodded to the classical realm under the guidance of producer George Martin, who did the harpsichord solo on “In My Life” and orchestrated “Yesterday,” “Eleanor Rigby,” and “Penny Lane.” (in 1965, conductor Leonard Bernstein used “And I Love Her” to demonstrate the sonata form to students).

“All You Need Is Love” clips Bach’s “Two-Part Invention No. 8” while Paul McCartney, a former choirboy, developed “Blackbird” from a bouree in Bach’s “Suite in E Minor” — the same bouree covered by Jethro Tull in 1969.

Throughout the British Invasion, the classical pantry was raided by Chad & Jeremy, Donovan, The Hollies, The Kinks, Pentangle, and The Yardbirds. Even The Rolling Stones mined Renaissance forms for songs like “Lady Jane,” “Paint it Black,” and “Ruby Tuesday.” The Move morphed into Electric Light Orchestra — who built their entire brand on orchestrated rock n’ roll.

In Detroit, beginning in 1960, Berry Gordy wanted Motown to be The Sound of Young America. How did he take rhythm and blues to another level? Motown songwriters Holland-Dozier-Holland and Smokey Robinson attended symphony concerts “for ideas,” and critical mass was achieved when The Supremes “I Hear a Symphony” (1965) channeled Bach, Chopin, and Tchaikovsky.

In California, The Beach Boys remodeled surf music and I/IV/V chord patterns with complex harmonies and exotic instrumentation. In albums like The Beach Boys Today!, Pet Sounds, and the single “Good Vibrations.” mastermind Brian Wilson arguably picked up where Dvorak and Gershwin left off. His legendary Smile project was tagged “a teenage symphony to God.”

Starting with The Nice and into Emerson Lake & Palmer, Emerson patented the art of transcribing classical into rock. On “Knife-Edge” (1971), ELP merged Janacek’s “Sinfonietta” with an allemande from Bach’s “French Suite No. 1.” ELP’s 1971 rendering of Mussorgsky’s Pictures at an Exhibition remains a crossover landmark. The trio went on to present Bartok, Copland, and Ginastera to thousands of listeners who never set foot in a symphonic hall. Or at least they thought they never had.

0 comments on “Your Blind Date with Beethoven”