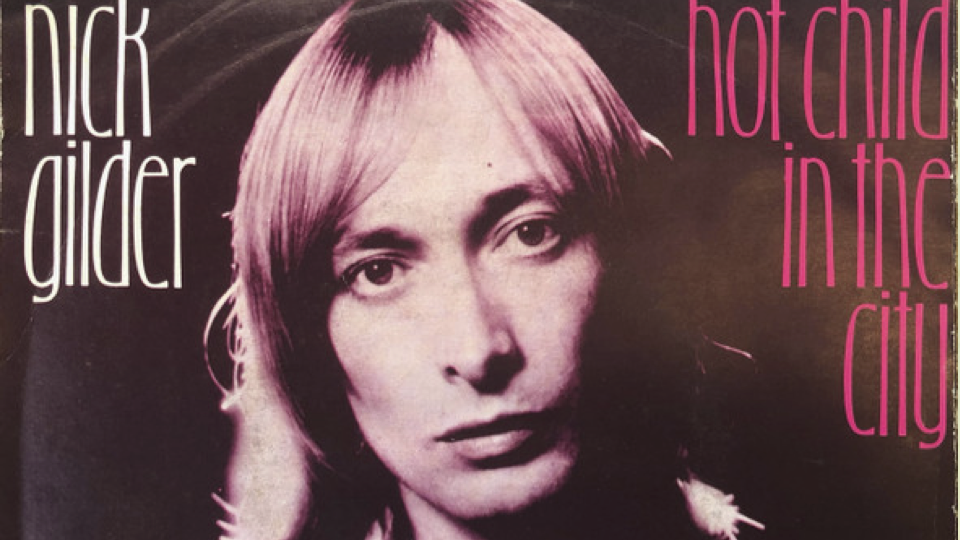 There are some artists who earn the mantle of “one-hit wonder” by making a splash with a single memorable tune and are never heard from again. Then there are other performers who continue to record and release new music, but never again catch that “lightning in a bottle” that strikes the charts and results in another big hit. Nick Gilder, who earned a number-one smash in 1978 with the magnetic, glitter rock-infused “Hot Child In The City” actually bucked this trend a little. He’s had success in the rock and roll world on stage and behind the scenes, both before and after the chart ascendance of his only major US hit.

Gilder was born in England, though his family later moved to Canada. While living in Vancouver, he began performing as a lead vocalist in bands like Rasputin and the glam rock outfit Sweeney Todd, which featured Gilder on vocals, Jim McCulloch on guitar, Dan Gaudin on keyboards, John Booth on drums, and Budd Marr on bass. Sweeney Todd achieved some popularity on the Canadian music scene and garnered a significant hit with the song “Roxy Roller,” which topped the Canadian charts in June 1976. Gilder and McCulloch left the band soon after, and a subsequent incarnation of the group featured a young rocker named Bryan Adams on vocals. “Roxy Roller” was covered by Suzie Quatro, and ex-Runaway Cherie Currie later recorded a new version of the song for her album Blvds of Splendor, released in 2020, which featured both Gilder and Quatro on vocals.

After signing a deal with Chrysalis Records, Gilder and McCulloch relocated to Los Angeles. Gilder’s debut as a solo artist, You Know Who You Are, was released in 1977. The album, featuring Gilder on lead vocals and McCulloch on guitar, included ten songs co-written by the duo, such as “Tantalize,” and a remake of “Roxy Roller.” While You Know Who You Are didn’t give birth to any hit singles, one track from the disc, “Rated X,” was later covered by Pat Benatar for her first album, 1979’s In The Heat Of The Night.

City Nights, Gilder’s sophomore release, produced by glam rock maestro Mike Chapman and Peter Coleman, included the glam-drenched “Hot Child In The City.” The tune’s mixture of guitar-heavy rhythms and New Wave-style hooks helped it saunter all the way up the charts, where it reached number one in both the US and Canada in 1978. Gilder became a familiar face on TV music programs at the time, performing the song on American Bandstand and The Midnight Special. Another single from City Nights, “Here Comes The Night,” managed to reach number 44, but none of Gilder’s subsequent releases matched the chart-topping heights of “Hot Child In The City.”

Gilder has continued to record new music, and he’s reunited with the members of Sweeney Todd several times during the 2000s. He has also been in demand throughout the years as a songwriter for a variety of artists, including Joe Cocker, Bette Midler, and glam-metal rockers Kix. Gilder co-wrote Scandal’s ubiquitous 1984 hit “The Warrior” with Holly Knight, and his songs have been used in films like the music bio-pic The Runaways and TV shows such as That 70s Show and Nip/Tuck. “Hot Child In The City,” which inspired a little-seen, low-budget movie of the same title in 1987, is still a well-remembered earworm by fans, including indie rocker Linus of Hollywood, who recorded a pretty cool reimagining of the song for his 2008 release Reheat & Serve.

2 comments on “The One-Hit Wonder File: “Hot Child In the City””