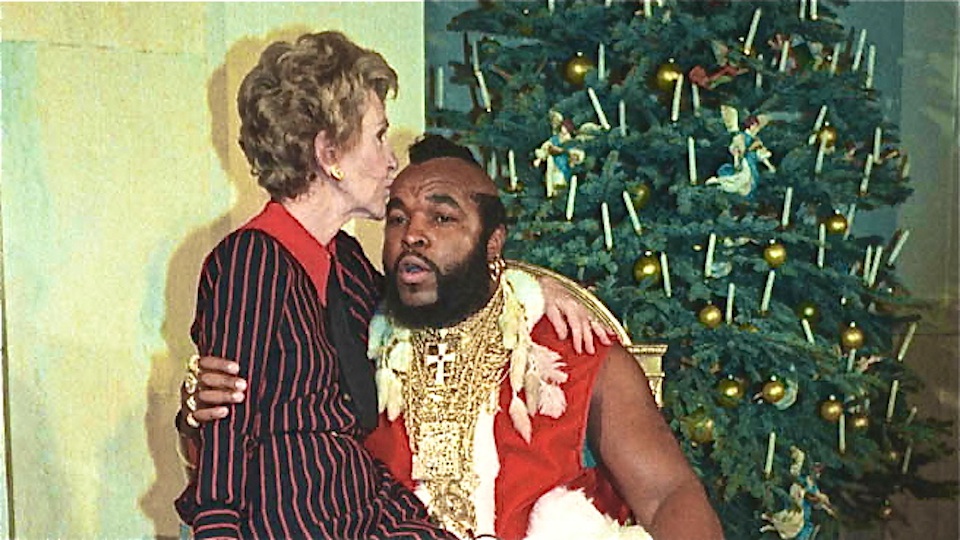 By now, you’ve been exposed to plenty of holiday music – on the car radio, in the stores, on TV. Some of these tunes are heartwarming, some make you want to down a lot of eggnog and put your head through a wall. But there are some Yuletide tunes from the 1980s that hold up (more or less), reminding you of the best bits of the season. At the very least, they recall some fond memories. And in some cases, they offset all the sugary nostalgia with just enough “bite” to make holiday music tolerable. To that end, here’s our list of the top 10 Christmas songs from the 1980s. Throw ’em on today and make your celebration a bit … “edgier.”

“The Ramones” and “Christmas” don’t seem to go together, but as in many areas of their career, this punk band defied expectations with this somewhat plaintive holiday track. The B-side to “I Wanna Love” never charted, but since the demise of the band, it’s grown in popularity each year. Probably because everyone can relate to random holiday blow-ups.

This haunting carol dates to the 16th century – and has been covered by artists ranging from John Denver and Dinah Shore to Sting and Tori Amos. But Alison Moyet’s singular voice summons the shadows of many (many) Christmases past more than any other.

Adams’ gravelly vocals do justice to this 1958 Chuck Berry classic. Face it: As a rock song, it’s irresistible. Keith Richards, Dave Edmunds, Sheryl Crow, Billy Idol, and even Star Trek’s William Shatner have taken a crack at it. Yet Adams’ raucous cover still tops the list.

It was originally written in 1934 and has been recorded by over 200 artists, from Guy Lombardo to Johnny Mathis. ASCAP notes that this is one of the most-played Christmas songs, thanks in part to the popularity of this version by Annie Lennox and Dave Stewart.

Related: “Christmas Is Always Better with Linus and Lucy”

6. The Pretenders’ “Have Yourself a Merry Little Christmas” (’86)

Judy Garland gave a memorable performance of this in the movie Meet Me In St. Louis (1944) – but Chrissie Hynde’s soulful interpretation gives “La Garland” a run for her money. Recorded for the ‘80s charity album, A Very Special Christmas, this version outstrips many other renditions including those by Frank Sinatra, Luther Vandross, and Christina Aguilera.

McCartney was noodling around with “electropop” sounds when he recorded this number. (He did all the tracks himself on an early synthesizer unit.) There are those who consider this to be among the most annoying Christmas songs out there, but this modern classic still generates a ton of annual revenue for Sir Paul.

During an ordinary Sunday visit to his parents’ home, George Michael had a moment of inspiration. He disappeared to his old upstairs bedroom where he kept a simple keyboard and worked out the initial parts of this Christmas melody about a lost love. His Wham partner, Andrew Ridgely, joined him later to sort out the chorus. All the proceeds of the song were donated to African famine relief. Sad side note: Michael passed away on Christmas day 2016.

It’s among the first rap songs to celebrate the holidays – and Run-DMC gave us a look at how they throw down in their Queens, New York neighborhood (“collard greens…macaroni and cheese…”). The lyrics also recount a chance encounter with Santa. Ya gotta wonder how those Adidas look with his funky red suit.

Bob Geldof and Midge Ure wrote this in response to news reports on the devastating famine in Ethiopia. Then they took it further by inviting their rock-star friends to join in Band-Aid, a “supergroup” recording session. From Paul Young’s soulful lead vocals, to parts sung by Boy George, Bono, Sting, and Simon Le Bon, the recording was an “event” in ‘80s music. During the MTV airing of the video, sharp eyes could spot everyone from Phil Collins on drums to Bananarama, Spandau Ballet, Jody Watley and Paul Weller. Ultimately, the single generated almost $14 million for famine relief.

“A&P has provided me / With the world’s smallest turkey / Already in the oven, nice and hot/ Oh damn! Guess what I forgot…” It’s been described as one of the best holiday pop songs ever. Who are we to disagree? Songwriter Chris Butler admits that he’s a Grinch who wrote the lyrics in a cab … in August. The band didn’t want a Christmas song, but the promise of revenue was too hard to turn down. Since its release, “Christmas Wrapping” has been covered by the Spice Girls and Kylie Minogue among others, but we’ll stick with the original smart-ass vocals of Patty Donahue.