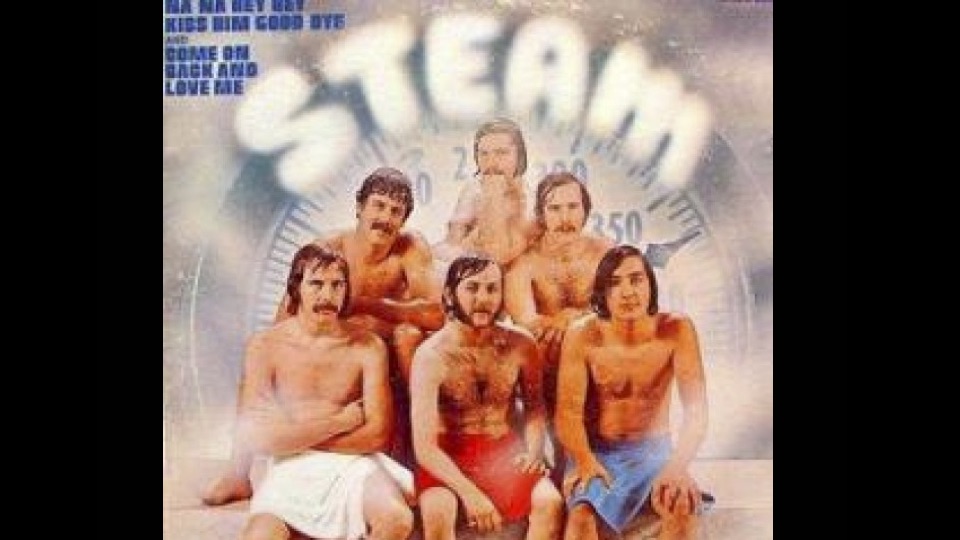 If you’ve attended any sporting event in the last 40 years, you’ve likely chanted “the chorus of “Na Na Hey Hey Kiss Him Goodbye,” the infectious 1969 hit that, during its original release, actually toppled “Come Together” by The Beatles out of the number one spot on the charts. Not bad for a tune that was originally intended for use as a B-side to a single by singer Gary DeCarlo, who also recorded under the name Garrett Scott.

The song was the work of DeCarlo, Paul Leka, and Dale Frashauer, who had performed together in the early 1960s as The Glenwoods, a doo-wop group based in Bridgeport, CT. After they disbanded, Leka went on to become a producer for artists like The Left Banke and The Lemon Pipers, who had a hit with “Green Tambourine,” a song co-written by him.

In the late 1960s, DeCarlo was working on some solo recordings, with Leka serving as his producer. One of the tunes they cut was “Workin’ On A Groovy Thing” which became a hit for The Fifth Dimension. Another promising song from the sessions was entitled “Sweet Laura Lee,” which was planned for release as a single. A B-side was needed, so DeCarlo, Leka, and their old bandmate Frashauer dusted off “Kiss Him Goodbye,” an unfinished tune from their doo-wop days. They updated the song, and added the “Na Na” and “Hey Hey” parts to flesh out the tune.

Mercury Records loved what they heard, and wanted to release “Na Na Hey Hey Kiss Him Goodbye,” as its own single on their subsidiary label, Fontana Records. There was just one catch.

Mercury decided to issue “Na Na Hey Hey Kiss Him Goodbye” under the name Steam, ostensibly so it wouldn’t impact the success of DeCarlo’s own single. The song rocketed up the charts, going all the way to number one, while DeCarlo’s own releases were unsuccessful. Bypassing DeCarlo, the label put together a group of musicians to go out on the road as Steam for live gigs, and to lip-sync to the original recording for television appearances. A self-titled album by the band was released in 1970, featuring songs composed by DeCarlo, Leka, and Frashauer, but only one other single “I’ve Gotta Make You Love Me,” hit the charts. Frustrated by the lack of support from his label, DeCarlo struggled to get his own career off the ground, while the record company wanted him to perform on the studio recordings by Steam, rather than tour with the band.

For years, Gary DeCarlo was the unknown hero behind the success of “Na Na Hey Hey Kiss Him Goodbye.” He finally got his due in 2011 when he was one of the artists included on a PBS concert special featuring the music and artists of the 1960s. The show was hosted by radio personality TJ Lubinsky, who interviewed DeCarlo about his contributions to the song. In 2014, DeCarlo released the album Long Time Comin’, which featured a new version of his classic hit. Sadly, he passed away in 2017, but his place in music history is assured. “Na Na Hey Hey Kiss Him Goodbye” has lived on as a pop-culture classic, and has been featured in memorable scenes from TV shows like The Simpsons, and films such as Remember The Titans. The iconic tune has been covered throughout the years by artists as wide-ranging as the Jean Terrell-led version of The Supremes, the pop trio Bananarama, acapella group The Nylons, and the late Donna Summer, who recorded a (wait for it) disco version of the song.