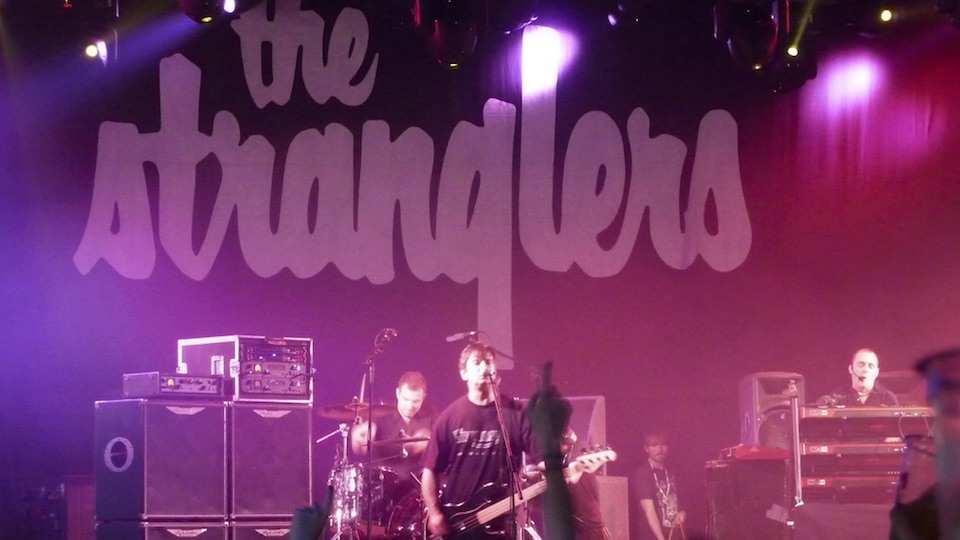 Where The Clash had the energy and The Sex Pistols the riffs, The Stranglers were the punk band with keyboards. It didn’t matter who was singing -Hugh Cornwell, Jean-Jacques Burnel, or Baz Warne; Dave Greenfield’s finger-work reassured listeners they were listening to the London punk band. Greenfield, one of the early victims of COVID-19, has left a gaping hole in the world of punk. His was a contribution as important to the genre as Joe Strummer’s lyrics and Steve Jones’s earth-shattering guitar work. The release today of Peaches: The Very Best of The Stranglers is an excuse to revisit his work and 10 of the band’s essential tracks.

Goodbye Toulouse: Their debut album left nothing to chance. Drenched in sickly reverb, Rattus Norvegicus sounded like the onset of a plague (the title, interestingly, referred to that most loathed of animals: the rat). But it had moments of delicate melody, not least on this tribute to bassist Jean-Jacques Burnel’s motherland. Burnel was said to sing the track but acquiesced due to the song’s busy bass-line. But what a bass-line!

Peaches: It’s a very fruity single, and we’re not talking about the title! Listen, we know why it has its detractors, the lecherous posturing was unacceptable even then. It’s much better to focus on the pounding energy behind the questionable gynecological imagery.It’s certainly an upbeat rocker, rendering it an immediate shoo in for sultry dramas Hollyoaks and Sexy Beast.

No More Heroes: Featuring a powerful bass sound, this punchy single remains one of The Stranglers’ best loved. It was certainly successful, hitting a respectable number 8 position on the 1977 UK charts. Guitarist Hugh Cornwell offers listeners a lesson on Russian history, before breaking into one of his most effortlessly exhilarating solos. Fab.

The Raven: A die-hard fan favorite, The Raven remains The Stranglers’ most successful exploration of life’s steamier retinues. The five-minute title track, an avant-garde rocker dressed as a jazz piece, is one of the band’s more inventive vignettes, There are scat vocals, but the emphasis is placed on the spiraling guitar parts, which sound like they were left off a Lou Reed/Velvet Underground record.

Duchess: Enjoying the prospect of their first UK no.1, Manic Street Preachers were informed that their Marxist rocker “If You Tolerate This Your Children Will Be Next” bore a similarity to one particular Stranglers track. It never went as far as a court case, but there’s no doubt that the choruses sound pretty similar. Either way, “Duchess” benefits from one of Cornwell’s more committed vocals and Jet Black’s colossal drum patterns.

Golden Brown: This remains, by some measure, The Stranglers’ most fondly remembered single. And yet, it’s one of their more atypical: the bass is subdued, the drums feathery and the guitars minimal. Dave Greenfield plays the recognizable arpeggio, starting a melody Cornwell prides as one of the band’s most triumphant. “Golden Brown’ works on two levels,” Cornwell wrote in 2001. “It’s about heroin and also about a girl.”

La folie: Burnel sings this one, with beautiful French too! For those of us who prefer reading Antoine de Saint-Exupéry in English, the title roughly translates as “the madness.” As with much of the band’s wheelhouse, the song describes a man’s battle with a world that spurns him. It’s Burnel’s strongest vocal delivery, proving that there should be more French songs heard in the English speaking parts of the world!

Skin Deep: Punk or prog? The Stranglers were beyond caring by 1986, and “Skin Deep” happily feasts from both pots. As dazzlingly inventive today as it was then, the song slides through a kaleidoscope of psychotropic patterns, yearning for a return to the more sophisticated sixties. More than that, it’s the last of the essential singles fronted by Cornwell, who quit the band in 1990.

Southern Mountains: 1992’s Stranglers In The Night introduced bandmates John Ellis and Paul Roberts into the fold. It’s a seamless re-invention, veering into bluesier territories which the feisty group hadn’t explored before. This power ballad remains the highlight of a sorely underrated album, boasting a pastoral acoustic guitar beneath the swampy piano.

Norfolk Coast: Baz Warne has taken Ellis’ guitar duties, and would wind up taking singing duties on 2006’s Suite XVI. So, this operetta is one of Roberts’ last contributions to a band he helped bring to newer and greater heights. He’s got a guttural baritone, more in keeping with The Damned’s Dave Vanian than Cornwell. Apropos to the genre, he performs the thundering lyrics with a stormy growl.

2 comments on “The Stranglers: 10 Essential Tracks”