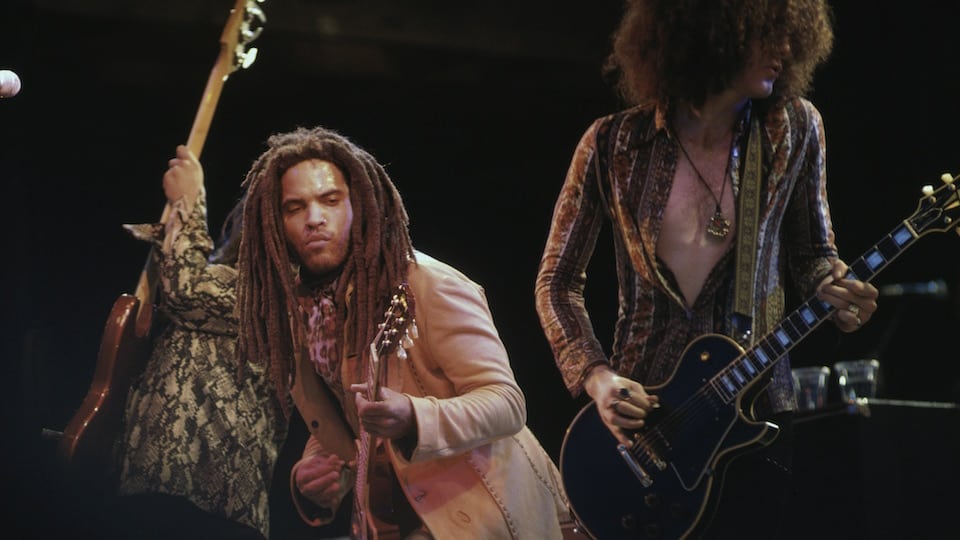 It has been said that NYC is the melting pot of the world. If that’s the case then I would argue that the 1990s is the melting pot of pop music. Not to sound like a narcissist, but I sit here writing this piece whilst listening to my own album Arbitrary Revolutionary Trophy, an album rooted in and indebted to the ‘90s. You see, after spending years searching for my “sound” having already found my “voice” as a toddler going to a Jamaican Pentecostal Church, I realized that the eclecticism of the ‘90s was just what I needed to make this album.

I have been an avid music lover since I can remember. Growing up in a Christian Jamaican household, most of what was played in the house was Christian Reggae. Of course, with a dad who’s a self-taught guitarist, the positive vibes of Bob Marley were a staple. Anything that was considered secular was heard on Saturdays while cleaning. My mother and I would spray Pledge furniture polish then wipe down to the sounds of Aretha Franklin, Gladys Knight and the Pips, Tom Jones, Teddy Pendergrass, Luther Vandross, Phyllis Dillon, Gregory Isaacs, and the list goes on. If the music had soul, and the artist clearly started in the church, we played it.

Church and faith were very important to my parents, and it was at the forefront of my upbringing. I am not sure how much of a balance there really was, but my upbringing consisted of being overprotected from the world yet having complete freedom to explore the arts. I attended a private school up until second grade at which time I began attending public school. My dad was the school bus driver. I don’t know what changed, but he suddenly started playing the radio on the way to my school and the station Z100 changed everything.

For a long time, Z100 was the only station I listened to because I could hear any and every style there. If it was a part of Billboard’s Top 100, Z100 played it regardless of genre. At the time, I was too naïve to realize what that really meant or to foresee the musical impact such a station would have on me, and my craft. Every decade, for the most part, has a signature sound: The ‘60s is Motown; the ‘70s is disco; the ‘80s is glam rock. And while the ‘90s had grunge, it’s also the decade in which the genres seriously began to mix and mingle. Artists truly began to experiment.

The ‘90s is when we heard gospel vocals on house records, R&B vocals on rock records, and country vocals on pop records. Mariah Carey essentially pioneered the art of “hip-hop remixing” a pop tune with her single “Fantasy.” Whitney Houston transformed the country song into a power ballad with “I Will Always Love You.” And Az Yet took Chicago’s “Hard to Say I’m Sorry” and made it a smooth R&B track.

With the likes of Jon B, Lisa Stansfield, and Christina Aguilera, “blue-eyed soul” was exploding like never before. We even saw this concept extend into the realms of rap with Vanilla Ice, and then dancehall with Snow. Simultaneously, we had the likes Lenny Kravitz reclaiming rock as a black art form in a potent way, reminding us of the form’s forefathers like Chuck Berry and Little Richard. That was no small thing.

Genre-crossing is truly an art form in itself. This is why even the most commercial hits of the era had some sense of hybrid. Consider the Bayside Boys’ crazily popular “The Macarena” which was actually a reworked update of a preexisting song that this time around led to a dance craze. If this does not epitomize the ‘90s, then I don’t know what does. All of this is to say that the ‘90s was music’s most eclectic decade of the 20th century. Which is why it was so important that my album Arbitrary Revolutionary Trophy reeked of “90’s realness.” When I started planning this album, I went through so many genres then found ways to give them the R&B treatment. Sure, you might argue that my Jamaican heritage might warrant a nod to reggae but my obsession with dance and deep house also demanded exploration. And while I’m not a rapper, I can drop some rhymes when needed.

I pondered these thoughts for days, weeks, even months. Yet it was not until I started working on my debut LP’s opening track “90’s Party” that the concept of a ‘90s album came to me.

Originally, my intention was to create an album inspired by ‘90s R&B. But then it hit me. I didn’t need to limit myself in this process. My taste has always been whimsical, and the ‘90s as a source of inspiration not only allows for variation but actually encourages it. When I think about the mixtapes I made as a child, my song choices were instinctual, not thematic. There was R&B, pop, reggae, dance, country. In short, a bit of everything. That is what I aimed for with my Arbitrary Revolutionary Trophy. I did not want to just create a ‘90s “inspired” album. I wanted to create a ‘90s album that just happened to be released in 2018. I wanted to create a new album that represents the most eclectic decade in pop music. Because the ‘90s were everything to me.

0 comments on “The ‘90s: Pop Music’s Most Eclectic Decade”