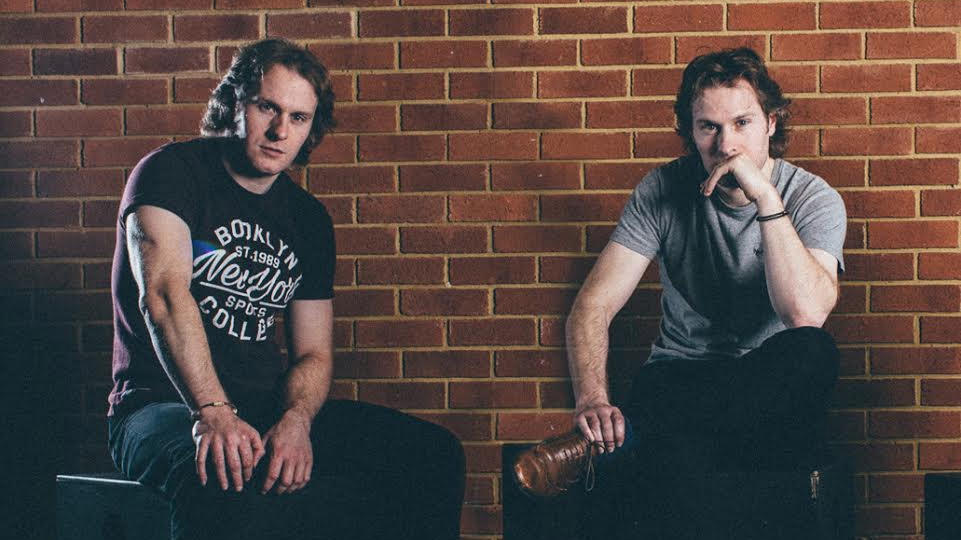 I’ve always found bands with siblings fascinating. Consider the psychological impact of having someone so biologically linked — the familiarity, the tension, the inside jokes, the drama. It brings such an interesting and personal component to the creative process. Think of the Beach Boys, the Bee Gees, the Kinks, Heart… Yet while there have been many bands in rock history to feature brothers and sisters, fewer are those that feature twins: The Proclaimers, Nelson, now the Sutcliffe Brothers. Their blend of melodic rock and progressive pop shines on their most recent release Part II. I caught up with JM and JP Sutcliffe to find out more about their history and what the future holds in store for them.

CultureSonar: You guys grew up in England. How do think your surroundings influenced what type of music you create?

JP Sutcliffe: Well, not so much our surroundings, but more the people that were in the house, I suppose. Mom and Dad used to play a mixture of ’60s and ’70s music, so it was Chuck Berry and Beach Boys.

JM: And these were all LPs by the way. We still get the LPs out, get the needle on, and rock and roll. That was it. Vintage style. Later on, it was more when we were teenagers when we discovered Genesis and Yes and all those prog rock artists as well.

CS: So how long have you guys been playing together?

JP: So about thirty years, we’ve been playing together. Quite a long time. I mean, we’ve been writing since were about seven or eight —

JM: Since day one, really.

JP: I suppose, yeah. JM was the first to pen a tune. How old were you? Seven or eight?

JM: Probably a bit older than that, maybe. Nine or ten.

JP: Yeah, and I certainly started writing tunes on the piano about that time as well. So we’ve always been writing, really. That was before we started going out as a covers band.

JM: And that’s where the KC and the Sunshine Band’s “Give it Up” came from. That was from the covers band. Just for weddings, we used to do that.

CS: Tell me about your individual musical influences and the ones you share.

JM: Well, if we start with the ones we share, that would be all of that kind of ‘70s stuff.

JP: Got to be the Beach Boys in there.

JM: Earth, Wind & Fire. Toto is a massive influence for both of us. What else do we like, the two of us? Supertramp. Late Genesis.

JP: I favor the early Genesis. This is where we differ slightly in our tastes, but you’ve got to bear in mind, we are identical twins so a lot of our tastes coincide. But yeah, certainly for me, early Genesis and then, other than that, we like pretty much everything the same.

JM: Certainly me as a guitarist, I got into Van Halen as of the age of thirteen-ish. We like a lot of the West Coast stuff. The Richard Marxes, the Mike McDonalds, Lionel Richie and all that kind of stuff. Michael Jackson: Big influence.

CS: The new album sounds like you’ve moved in a heavier direction than your debut. How did you choose your new musical direction?

JP: That’s a difficult question because it’s not so much a change of direction. It just so happens that a lot of these songs we presented in a heavier way, just because I suppose of the way we were recording it. And the way the songs evolved. We still write from the same standpoint where it’s very melodic. We use quite lush chords. But then it’s more the arrangements that changed, I suppose, since Fragments [released in 2012]. And Fragments is a much darker, eclectic album… I’ve always been into a heavy drum sound, and you know, the guys always laugh at me because apparently, I have what’s called the backbeat of doom. So every time the snare is hit, it’s hit with a lot of gusto. But I suppose that’s just the style of what we listen to, being a huge Phil Collins fan. And we always liked that heavy sound. But yeah, there’s definitely a lot more rock guitar on this album I would think. Lot more solos from you.

JM: Yeah. I got quite a lot of solos.

JP: It’s always good to, you know, show off your biggest component.

CS: As brothers, especially twins, what advantage does that give you in creating music within a band?

JP: There is something very precious about making music with people who know how you’re feeling without it being discussed or labored over. This happens regardless of whether we’re on stage or in the studio. We obviously have our disputes like any brothers but they are very rare!

I’ve worked with hundreds of different musicians and can honestly say that I haven’t encountered anyone that can interpret my ideas so quickly and with the right groove/feel. Usually, when I dictate a new song to them I just sing the notes I want to hear and they are played back instantly. We always work by ear. A good example of this is the rhythm track for the song “Mr. H” [from Fragments], which we recorded live in one take within a half hour of me singing the parts to them. The other advantage we have is that our voices blend very seamlessly, and we instinctively phrase things in the same way instrumentally as well as vocally.

CS: So now that the second album is out, what are your plans for 2019 and beyond?

JM: It’s the gigs. We need to do the gigs. Promote this album, and also a few songs from the old album. Just put on some shows, really. We just really want to get out there and play, more than anything.

JP: Really refine that aspect of the band. And now we’ve got a new lineup as well, we really want to show that off. We’ve got the wonderful Richie Hart on bass, and the slick John Wills on drums. So yeah, we really want to show off that band as much as possible. It’s worth saying that we do also play in a band called Super db [who released the album Death by Disco in 2016 and an EP in 2017]. And we pretty much aim to do the same thing with that band as well, so run the two bands side by side. So if we’re not touring with one, we’ll hopefully be touring with the other.

JM: And Super db is more of a… it’s got more funk and jazz aspects to it, as well as that sort of a West Coast sound.

JP: But where the Sutcliffe Brothers are concerned, that’s where we certainly let our hair down and rock out.

Photo Credit: Image of the Sutcliffe Brothers courtesy of the band.

1 comment on “The Twinship and Kinship of The Sutcliffe Brothers”