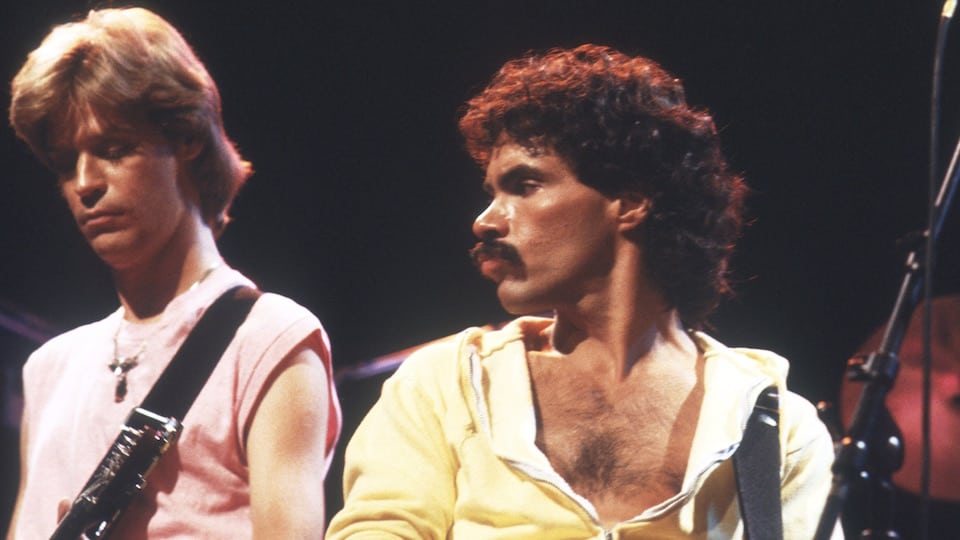 Popular success has a way of skewing the assessment of any artist. For highly popular performers, less popular albums tend to be viewed as intrinsically less worthy, regardless of the artistic significance. This phenomenon manifests itself most obviously on compilations, which default to more popular songs even when it gives an incomplete picture of their work. With a trio of strong albums under-represented on — or sometimes completely absent from — most collections, Daryl Hall and John Oates are among the most prominent examples of this. Considering the volume of hit singles the duo achieved, this disconnect is unsurprising but also unfortunate for the way it shortchanges some of their best fusions of rock and soul.

Related: “Hall & Oates: 5 Songs That Should Have Been Hit Singles”

If the platinum-selling albums Voices, Private Eyes, and H2O represent Hall & Oates’ commercial apex, the three studio albums that preceded them live somewhere on the other end of the spectrum. After reaching the Top 40 with three songs from 1976’s Bigger Than Both of Us — including their first number one, “Rich Girl” — neither of the singles from 1977’s Beauty on a Back Street came close to becoming a hit. Singles from the albums Along the Red Ledge and X-Static performed better, with “It’s a Laugh” and “Wait for Me” each making the Top 20. They’re also the only songs from this period that consistently feature on compilations.

Both songs appear on the 2001 release The Very Best of Daryl Hall and John Oates, and 2004’s Ultimate Daryl Hall & John Oates (later reissued as The Essential Daryl Hall & John Oates) included those two and added the infectious “I Don’t Wanna Lose You.” Both releases, however, completely ignore Beauty on a Back Street. In comparison, the 2001 collection contains three songs from H2O and the later one features five from Voices.

Seen through a purely commercial lens, this makes sense. Voices, Private Eyes, and H2O were undeniably popular. Each of them featured multiple hits, with four #1 singles between them. However, the collections that draw so heavily from these albums aren’t billed as “greatest hits” but rather the “very best” and “essential,” suggesting that criteria beyond chart rankings factored into the song selection.

Personal feelings may have been a factor with Beauty on a Back Street, which John Oates reputedly hated. If that was the case, it says less about the album’s quality and more about the way artists are sometimes the worst judges of their work, since “Why Do Lovers Break Each Other’s Heart?” and “Bigger Than Both of Us” (weirdly not included on the album of the same name) are as appealing as many of the duo’s hits.

Oates felt very differently about Along the Red Ledge, citing it as his favorite among the duo’s “under the radar” records in a 2009 interview, a sentiment with which Daryl Hall concurred. In a later interview, Hall rightly observed that “It’s a Laugh” and “I Don’t Wanna Lose You” should have been bigger hits, but Oates’ “Melody for a Memory” had more passion and musical inventiveness than either of those songs. Likewise Hall’s “Have I Been Away Too Long” is one of his very best performances.

From a songwriting standpoint, 1979’s X-Static is the most uneven of the three albums but is also closest in sound to the records that made Hall & Oates major stars. “Wait for Me” is the song they still play in concert, but “The Woman Comes and Goes” is the one that could easily fit on Voices or Private Eyes. On the former point, it would be nice if more songs from these albums appeared in their current set lists. While the focus on crowdpleasers is understandable, they only paint a partial picture of the artistry that attracted those crowds in the first place.

Fans wanting to explore this period but not prepared to commit to the full albums (though all three remain available) may enjoy the box-set retrospective Do What You Want, Be What You Are. While it still ignores Beauty on a Back Street, the set puts Along the Red Ledge and X-Static on a more equal footing with the better-known albums. The Ballads Collection, one of their few compilations to forgo a chronological approach, is likewise an excellent showcase of their work. Its mix of signature hits and more obscure tracks, including Beauty on a Back Street‘s “Bigger Than Both of Us,” and “Melody for a Memory” from Along the Red Ledge, makes as strong a case for the duo’s talent as any hits-based collection. If only they’d play more of these songs in concert…

0 comments on “The Unsung Hall & Oates”