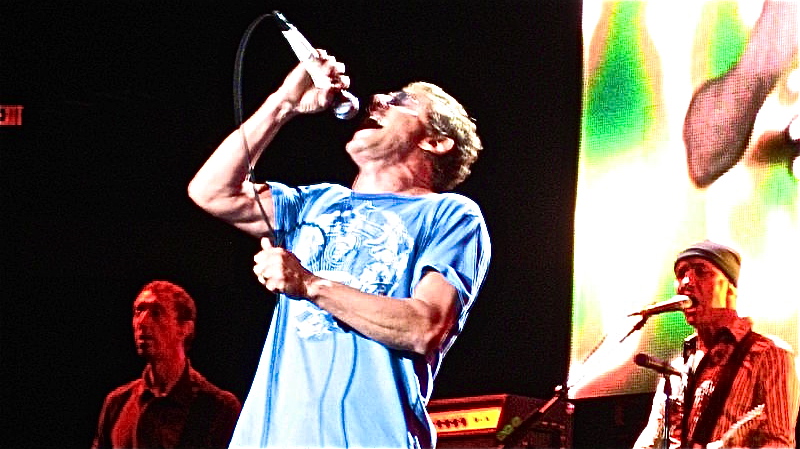 Our post ranking The Who’s studio albums from great to glorious earlier this year yielded quite a spirited debate, some strong push-back, and one largely shared favorite. Many of you stated deeply felt opinions — sometimes vociferously — that differed from our own very personal take, so it felt only right to pore through all those comments and “likes” and then provide you with a snapshot of your preferences. And so without further ado, behold the top five fan favorites (with many thanks for all the passion and knowledge imparted along the way). You shared. We listened.

This iconic album was the communal favorite by a hefty margin. Readers lauded its fearlessness and loved that each track has a value all its own. No filler here! From the timeless political tract “Won’t Get Fooled Again” to the edgy cover art, Who’s Next also earned kudos for the exemplary individual performances by every single member of the band. We couldn’t agree more.

Ranking this two-disc rock opera outside the Top Five was deemed unacceptable! The story of disaffected “mod” Jimmy scrounging for meaning in life was praised for its “concept, composition and musicianship” and Keith Moon’s virtuoso drumming. And in your collective estimation, Quadrophenia beats out The Who’s rock opus Tommy. “A masterpiece!” you declared. And on that last comment, we agree.

We didn’t include this one in our original list because it focused on studio albums so we were only too glad to see it celebrated so passionately online. This LP, The Who’s first live release, is considered by many professional rock critics to be one of the finest concert albums of all time. Recorded at Leeds University, the performance shows, as you pointed out, the depth and brilliance of the original foursome at their freshest, rawest and most accessible.

The band’s third studio release is yet another brilliant concept album on which individual tracks are interspersed with spoofy jingles and faux public service announcements. As you noted, this one was clearly ahead of its time. The cover art – a memorable split image of Townshend using a giant can of Odorono deodorant and Daltrey cheekily bathing in Heinz Baked Beans – also met with your massive approval.

The band’s first rock opera easily made the top five. How could it not? It’s another cherished double-album whose fantastical tale of a deaf, mute, blind boy has lost none of its appeal over the years with fans of all ages. Given its later successes onstage and on-screen, this early work clearly resonates with listeners across different media as well as generations.

Photo: Public domain image of Roger Daltrey of The Who

5 comments on “Your 5 Favorite Albums by The Who”