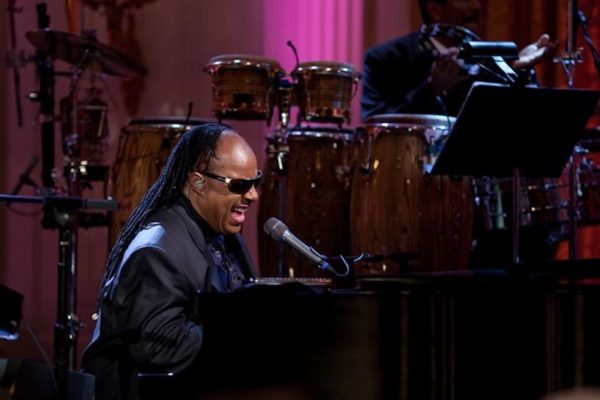 When I spent way too much time dating in the 90s, I came across a great quote that changed who and why I dated. American author and social activist bell hooks spoke of making love while listening to the genius that is Stevie Wonder. I took this observation to heart like all things hooks and Wonder. As a kid, I didn’t recognize his brilliance. In the last 40 years, we have yet to produce an artist as gifted, socially relevant and vulnerable as Stevie Wonder.

Most artists have refused to trod the path of love, spiritual renewal, and commitment to full and unabashed, humanity-enhancing artistic expression. While artists and anyone raised in this culture get seduced into worshiping money and doing any and everything to get it, Talking Book and the subsequent Songs in the Key of Life were not cheap, produced for mass consumption albums. Everything you could ever want to know about love, politics, and human possibility can be found listening to Talking Book, Songs in the Key of Life and Innervisions.

Politics come into play when he speaks of going to Saturn and living among people who not only don’t take more than they need but also put back things they don’t need (Songs in the Key of Life).

bell hooks often states that to love blackness in this culture is dangerous and upsets the masses. Stevie loves himself and his black culture. There is no way to produce his incredible body of work without a love of black humanity and humanity at large.

While each album stands on its own, Wonder’s fascination with and devotion to social change and liberation via incredible musical arrangements is mind-boggling.

We all have much to learn from this ballsy, leave-it-on-the-floor person.

Any artist who believes in truth as power and allowing our minds to wander unfettered owes a huge, unpayable debt to this man. Prince, by allowing his genius to take him wherever it chooses, is a direct result and influence of Mr. Wonder. Janelle Monáe is another artist who has taken a page from the Wonder creativity book.

Perhaps my obsession has been brewing slowly.

Maybe it started when, as a struggling, broke-as-hell artist living in Harlem, I listened to him for guidance and reassurance that I could make it, create art and have a voice. Broke, scared and lonely, living in one cold room in Harlem, Stevie sustained me.

Perhaps it was 2008 when I was preparing for another life transition (moving to the West Coast) and was sure I could make it but unaware as to how. Listening to him nonstop helped me pull it together, face personal demons and press on towards a new dream.

Perhaps it is time to pursue two lifelong dreams that are centered around this incredible man.

The first dream is having an opportunity to perform with this titan. While I have adored and appreciated several artists, I am not moved to share the stage and “work” with many of them.

My second dream regarding Mr. Wonder: A kick-ass tribute band.

Will I resurrect my dream? Is it time to let this dream go and create another? Stevie would not let go of a dream or calling, so why should I?

This is my dream.

This article originally appeared on AnthonyCarter.com.

PS.  You may enjoy some other posts about folks following in Stevie’s huge footprints:  Big Things, Small Packages, The New Retro and A Worthy Band on the Rise.

0 comments on “The Wonder of Stevie”