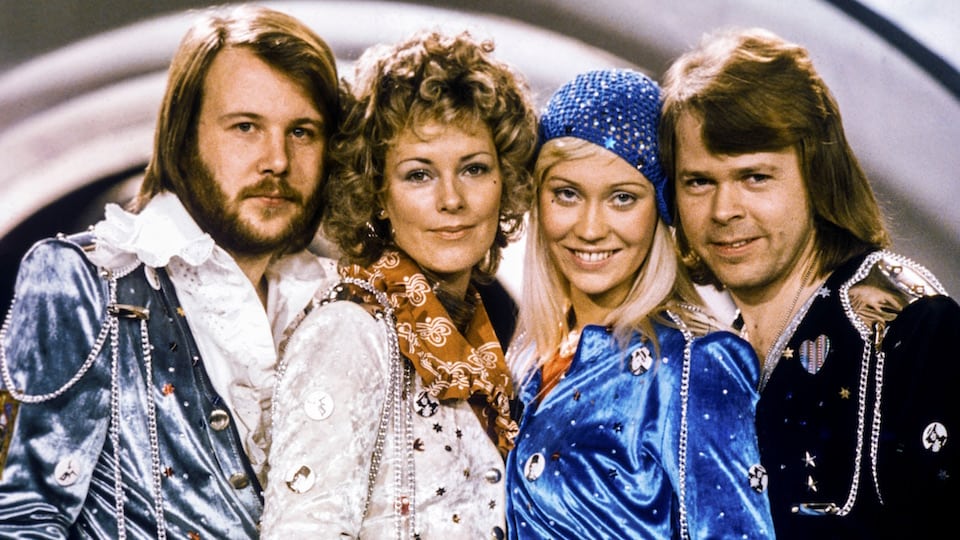 If you had told me at the beginning of 2018 that I’d spend the majority of the summer obsessively listening to 70s Swedish pop group ABBA like Toni Collette’s character in Muriel’s Wedding, I’d have thought you were nuts. But as the last dregs of summer dwindle away into the cool melancholy of fall, here I am still facing my Waterloo like the dancing queen I’ve become over the last few months. And it’s not just me. The world at large (or at least the good majority of my friends and The Internet) seems to be swept up in a collective ABBA craze; the willowy, cheerful, musical foursome somehow uniting an otherwise deeply divided world.

ABBA is definitely having a moment, and it’s not just nostalgia that accounts for their sudden and welcome resurgence. Thanks to luck and/or perhaps some well-timed projects, the Swedish pop group stands (likely on very tall platform shoes) to have one of their most successful years — both culturally and financially — EVER. Canadian rapper Drake may have nabbed the official “Song of Summer” title from Billboard, but I’m ready to declare 2018 the Year of ABBA.

Thank You For the Music

On Fri., Apr. 27, the band announced they were reuniting for the first time in 35 years to record two new songs for their upcoming ABBA avatar tour experience, much to the delight of devoted fans around the world. The first of these songs, “I Still Have Faith in You,” is set to premiere during a two-hour ABBA special this holiday season airing on NBC and the BBC. According to Billboard, streams of ABBA’s songs jumped 36 percent in the week following the announcement. Two of their albums, ABBA Gold and Best of ABBA, even re-entered the Billboard 200 Chart. As of this past week, ABBA Gold is still charting at an impressive number 148; the Mamma Mia 2 soundtrack sits even higher at number 67. While the band claims to sell around one million records a year on average, that number is likely to go up before the end of this year, ensuring lots of money, money, money for both them and Universal Music.

Despite its box office success in 2008, it seemed unlikely Mamma Mia would produce a sequel let alone one so universally beloved by both audiences and critics. And yet ten years later, Mamma Mia! Here We Go Again turns out to be just the right kind of bright and fun musical antidote to the usual explosion-heavy action fare, and ends the summer at eleventh place at the box office, according to Box Office Mojo. Sure, it’s a little nonsensical and recycles several songs and plotlines from the first film, but it’s packed with charm and a starry cast clearly having the time of their lives. More than one critic even went so far as to call it the “Godfather II of movie musicals.” By the time Cher makes her big entrance to serenade the lucky inhabitants of this Greek isle with her rendition of “Fernando” (fireworks exploding behind her, I might add), you don’t care she’s only three years older than Meryl Streep, making it impossible for them to be mother and daughter. You don’t watch Mamma Mia 2 expecting it to the plausible. You watch it to see Oscar winners sing and dance to ABBA.

Speaking of Cher, the musical legend is having something of a resurgence herself (though she never really went away) thanks to her high profile cameo in Mamma Mia! Here We Go Again. But the singer-actress felt so inspired by her brief time on set, she decided to record an entire album of ABBA covers called Dancing Queen. Saying she “always liked ABBA” and calling their music “timeless,” Cher has already released three terrific tracks with the full album set to be released on Fri., Sep. 28. Much like ABBA, Cher will kick off her own North American Tour in 2019, providing fans of both ‘70s music icons even more chances to get their fix.

“Where are those happy days? They seem so hard to find,” goes the opening lines of ABBA’s 1975 hit “S.O.S.,” though they might as well be talking about the political climate today. And this is perhaps a key to understanding why ABBA’s music is resonating so deeply at this current moment: in tough times, people gravitate towards feel-good entertainment, not necessarily to forget their troubles, but to put a balm on what hurts. While ABBA’s music may sound sunny, it’s tinged with a hint of melancholy; not enough to cloud your night at the disco, but perhaps as a reminder to keep dancing — whatever life throws at you. Who knows? Maybe 2019 will be the Year of ABBA, too.

0 comments on “Here We Go Again: The Year of ABBA”