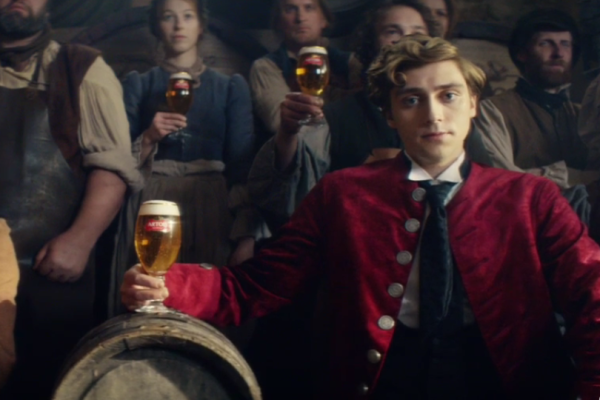 Stella Artois lager has built its brand (and price) on a distinguished heritage of brewing in its home town of Leuven, Belgium, where ales were made as long ago as 1366. Around 1717, Sebastian Artois took over the brewery and in 1926, Stella Artois was first produced. [amazon template=left aligned image&asin=B00569I38Q]With 650 years of history to pluck clean, the brand now offers us a really fun look at young Sebastian’s acquisition of the brewery in a fast-paced, up-tempo and frequently humorous tour-de-force of sixty seconds.

Production values are exceptional as the young entrepreneur attempts to fund his takeover with one unexpected gambit after another. Enjoy this new spot called “Be Legacy” from Mother for its spirit, ambition and stunning period visuals, a worthy successor to previous Stella ads generally considered some of the best creative work of the past two decades.

PS. While we’re on the subject of fun, clever advertising, check out another great suds entry Best Beer Ad Ever? along with John Cleese Makes Us Laugh Out Loud (again), Are You Ready for Some (Super) Commercials?, and Finally, a Stuntman Gets the Lead Role.